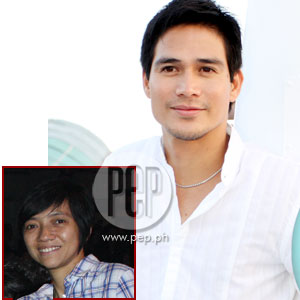 Piolo Pascual confirmed reports that they will do the sequel of Eugene Domingo's blockbuster launching movie Kimmy Dora this year. However, he said that they will skip Part 2 and will immediately jump to its last installment, Kimmy Dora 3. Piolo is one of the producers of the film.

The actor-producer also mentioned that there are investors who showed interest in partnering with Spring Films, which Piolo co-owns with Joyce Bernal, Shayne Sarte, and Erickson Raymundo. However, Piolo said they would be keeping the same team.

"Not the same cast, but the same production team. Everyone is excited about the project," he said.

In a separate interview, Direk Joyce gave another explanation about jumping to the movie's third and last installment.

The movie and TV director said that once everything is finalized, they may start filming the movie sequel by May. As for its showing, Direk Joyce said that they're targeting September, the same month Kimmy Dora hit the big screen.

MORE MOVIES THIS YEAR. Aside from Kimmy Dora 3, the people behind Spring Films are hoping to produce two more movies before 2010 ends.

Although there are no definite plans yet, Direk Joyce wishes to work with her good friend Judy Ann Santos and John Lloyd Cruz.