Eugene Domingo downplays praise for her performance in Working Girls 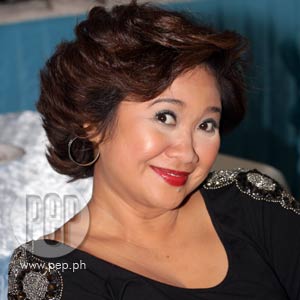 Comedienne Eugene Domingo has been getting good reviews for her performance in Working Girls.

This sequel to the classic '80s movie by Ishmael Bernal, is a joint venture of GMA Films, Unitel Productions, and Viva Films. Reporters and critics who watched the premiere of director Joey Reyes's film last April 18 at SM Megamall raved about Eugene's performance. Some of them cited her character and acting as one of the notable highlights of the movie.

Comedy Bar will debut this coming Saturday, April 24, after Imbestigador.

While grateful for all the kind words, Eugene refused to take sole credit for her acting in Working Girls. She emphasized that the project was a product of teamwork, from the production unit all the way to the actors.

The comedienne also contradicted the observations raised by some critics who said that the star-studded cast, with their corresponding roles, overshadowed the plot's potential.

WANTS TO GO BACK TO THEATER. Eugene's television career is just as successful as her film ventures. Aside from Comedy Bar, the amiable comic is also seen in Wachamakulit and the coming-of-age series, First Time.

Winning an award, though certainly welcome, is not a fixation for the 2007 Metro Manila Film Festival Best Supporting Actress.

But there's one thing Eugene would like to do again in the immediate future, following her mainstream success.