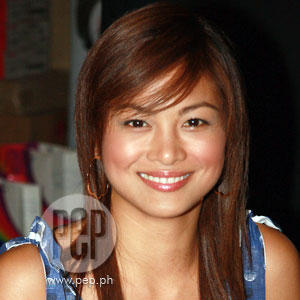 Former Miss Universe runner-up, actress and host Miriam Quiambao sat down with Startalk to talk about her marriage and divorce from Italian Claudio Rondinelli.

It's been four years since beauty queen and host Miriam Quiambao called it quits with her Italian husband Claudio Rondinelli, whom she married in December 2004, and yet until now, relief was still palpable on her face when she recalled the day the court finally granted the divorce back in 2006.

Miriam and Claudio had a beach wedding (CLICK HERE and HERE for the article and gallery, respectively) in 2004 and moved to Hong Kong where Claudio ran several restaurants. Miriam worked part-time as a yoga instructor. The downfall of the couple's marriage was supposedly due to a third party. In a statement to Miriam last year, Claudio admitted that he had fallen for a younger woman.

THOUGHTS OF SUICIDE. Was she taken care of during her marriage?

"Financially, yes," she said. "I could buy anything I wanted. Money cannot buy love."

She felt, however, that she was emotionally abandoned and neglected. "It came to a point when I was suicidal," she said in a startling revelation. "I was very, very depressed. It was a matter of survival. It came to a point when there were voices in my head saying to kill myself. It was only the voice of the Holy Spirit in my heart telling me softly that if I killed myself, that's not love. So, I hung on to that faith knowing that it is God who is keeping me strong and helping me to survive."

Will she ever fall in love again?

"I have fallen in love," said Miriam. "Jesus is my boyfriend."