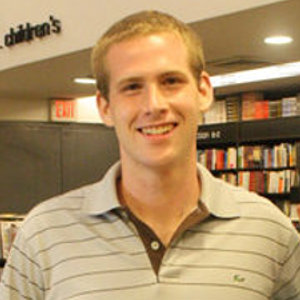 Of all the Filipino celebrities, Rafe said he's most fascinated with Kris Aquino. "I think because she's lived her whole life in the spotlight. She's a foremost, you know, it's hard for me to imagine her without the spotlight on her. It seems like it would be hard for her to imagine the spotlight not on her also. I don't know if it's a natural way for people to grew up and live, but like she;s had this truly unique experience, and it sort of turned into thi

American author and journalist Rafe Bartholomew has returned to the U.S. to resume to his duties as an editor at Harper's Magazine. There's a strong possibility though that Rafe will be back in Manila soon—he fell in love with the country five years ago, when he lived here to fulfill his U.S. Fulbright grant, from November 2005 until August 2008.

As a testament to all things Pinoy, Rafe wrote Pacific Rims, a book about Philippine basketball. Launched here last week, when he went on a couple of book tours around the country, Rafe would always tell journalists interviewing him that Pacific Rims is his love letter to the Philippines.

PEP (Philippine Entertainment Portal) had a chance to talk to Rafe in the book launch of Pacific Rims at Fully Booked,The Fort in Taguig City last August 25.

"It's been inspiring," he said. "It's really been wonderful for me, that, you know, that was always in my mind when I was writing the book. I was thinking, you know, I have devoted time to thinking, like how will Filipinos, who really understand this material better than anyone else and to whom it's very important, how are they going to feel it's authentic?"

He added, "So the fact that people have really been embracing it, it's not only flattering and special for me, it's also like the ultimate validation that I've done something good, like, you know, the experts in the field of Philippine basketball, the Filipino people, are really thinking that it's good."

To research for the book, Rafe traveled around the country to visit backyard basketball courts, to play ball games with every Filipino who wanted to play with him, and to decode Pinoy's near-veneration for the sport.

"You know, I came out here initially curious, wanting to see for myself how the passion people here for basketball is," he said. "But I didn't know it would turn into a book. But as I...the longer I stayed, I just kept learning more and more things, visiting more courts all over the country, playing more games, reading about the history, and I mean, it all blended together into such a powerful story for me that it made me want to turn it into a book."

The book was written under intense pressure, Rafe said.

"All over, and beyond that. The writing was very fast and intense, but I think, the only reason that I was able to complete it in sort of a pretty tight six, seven-month deadline I had was because it's based on years of experience here and years of reporting and all these stuff that I'm sort of piling up inside my head, and all of these experience that had been accumulating all of a sudden just sort of like poured out."

SHOWBIZ STINT. During his three-year stay in the Philippines, Rafe revealed that he experienced several unique events. One of them was being a cast of a Philippine soap opera.

Rafe said he was recruited to be part of the soap opera.

"What was funny about that was that it happened through basketball," he narrated. "I mean, the story of that is a friend in the group that I play basketball with, he is married to a host in QTV [sister station of GMA-7]. And you know, when they were casting Bakekang, they said to him, you know, she was like, 'You know, some American guys from basketball, right? Tell them to come to Bakekang because we need some American guys.'

Rafe said he did not hesitate to become an actor in the Philippines, no matter how short-lived.

"I was hesitant a little bit, but I never really doubted," he said. "It never came close to changing my position because it was such a special, unique opportunity I could never imagine happening to me before in my life. So even though it was a bit crazy, I knew I had to do it."

"I was uncomfortable, it was hard to hide. I just never experienced having like a large TV camera sort of far away from my face and then having the director [Gil Tejada] going like, 'React! Emotions! React!'" he said.

How does he assess his performance?

"I'm not very impressed with my acting performance. I look pretty uncomfortable on screen," he admitted.

If ever he decides to stay in the Philippines for good, would he want to try acting again?

"If anyone is crazy enough to allow me to act again, then why not? It pays a lot of money to do that. I considered it fairly easy money," Rafe answered.

"Well, I used to think it was pretty weird," he said. "Things were either, there's these noontime shows, that were like all over the place, a million things happening all at once, which actually a lot of people have compared to basketball. The speed of both of them is something that Filipino fans enjoy. But so there was those shows like the romance stuff which are over-the-top melodramatic."

But Rafe said he has learned to love Pinoy showbiz.

"I did get used to it. It sort of became an acquired taste for me, that now if at a point that I'm in New York, sometimes I go to New Jersey to watch the new Pinoy movie that went out. I went to new Jersey, there's a mall there that once in a while gets the movies," he said.

The last movie he had seen is the 2009 Star Cinema flick Miss You Like Crazy, starring Bea Alonzo and John Lloyd Cruz.

"And so the melodrama, I kind of like it now. I'm a TFC subscriber. I watch TV Patrol, and Showtime," Rafe revealed.

Last question: Would Rafe consider living in the Philippines for good?

"I would like to live here for at least a few more years," he answered. "Settling permanently is something I would definitely consider. The years I spent here were as happy as the years I spent in my life."