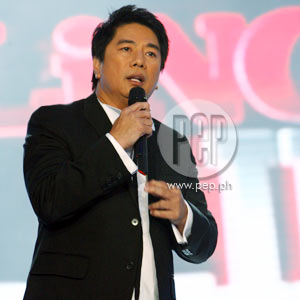 ABS-CBN called the intervention complaint filed by former Wowowee employees a "calculated move" designed to "gain public sympathy and distract the court from the real issue," which is Willie Revillame's failure to honor his contract with the Kapamilya network.

ABS-CBN lashed out at ex-Wowowee staff members for filing a complaint at the Quezon City court earlier today, October 20, seeking damages following their decision to resign from the network and join former host Willie Revillame's new show on TV5.

In a statement issued today, October 20, the Lopez-owned network, asserted that those who resigned from their posts "should be responsible for their own actions" and not hold the company accountable for the results of their collective and individual decisions.

The statement also stressed that the main focus of the entire issue is about Revillame's failure to adhere to his legal obligation as agreed upon when both parties signed the contract.

"It does not make sense for the people who voluntarily left ABS-CBN and joined Willie Revillame in ABC 5 to seek damages from the Kapamilya network, which had nothing to do with their personal decisions. They should be responsible for their own actions and should not blame anybody or any organization for the consequences of their decisions.

"The intervention complaint filed today is apparently a calculated move and is an attempt to gain public sympathy and distract the court from the real issue. We reiterate that the main issue in this case is about Willie honoring his contract with ABS-CBN until September 2011. It is not only talents and artists who should be interested in the outcome of this case, but also the business and legal communities as well. At the heart of the issue is whether reliance may still be had in agreements forged between parties. If not, chaos shall reign in what should otherwise be a civilized and orderly society."

COURT DECISION ON TRO. Willie and ABS-CBN are currently locked in a legal dispute after the latter filed a motion to prevent the October 23 airing of Revillame's new variety game show under TV5, Willing Willie.

Judge Luisito Cortez of Branch 84 of the Quezon City Regional Trial Branch announced last October 8 that the court decision on the TRO (Temporary Restraining Order) filed by ABS-CBN against the upcoming show will be handed down at the end of this month. (CLICK HERE to read related article.)

The decision automatically means that the scheduled debut of Willing Willie will push through until the court issues a new order before November.

ABS-CBN, however, filed a counter motion asking the court to reconsider its initial ruling and issue a decision before the program's scheduled premiere.