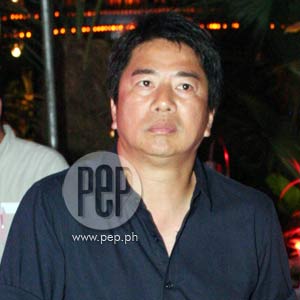 "We are filing this case because it is our job. We do this for all cases of child abuse that we come across, and we provide services to everyone who needs our help. There is no political angle here; neither is there any hidden agenda, as some quarters may allege. Our main concern is to promote the welfare of the child and his family, and others who are or may be placed in a similar situation," says DSWD Secretary Dinky Soliman about the child-abuse complaint her depar

"We were able to individually view the segment from the internet, after it was uploaded on the YouTube website.

"As concerned citizens, we denounce the exploitation and irresponsible treatment of the six year-old Jan-Jan on the show Willing Willie.

"Revillame's actions and utterances constituted psychological abuse, cruelty, and emotional maltreatment of the child, as it debased, degraded and demeaned Jan-Jan's intrinsic worth and dignity as a human being."

"The last few weeks bore witness to a lot of developments relative to the March 12, 2011 episode of 'Willing Willie,' where a 6-year old boy was made to dance provocatively while tears streamed down his face. The huge public outcry against the video clip of the episode, which continues to spread via the internet, was a wake up call for everyone. The resulting publicity on the incident propelled concerned individuals, parents, and non-government organizations to look at child abuse as an all-important issue. This also led government agencies and child rights advocates to step up their campaign for the promotion of children's welfare and the protection of their rights. Likewise, media practitioners and advertisers were compelled to re-examine their policies and practices relative to shows which involve children and youth.

"The Department of Social Welfare and Development approached this matter, fully cognizant of the need to protect the child and his family. From a policy perspective, as lead agency in social welfare and development, we intensified our coordination with concerned agencies and stakeholders for the protection and promotion of the rights of children. In line with our mandate of providing preventive, protective, rehabilitative and developmental programs and services, we also provided psychosocial interventions to the child and his family.

"Today, after much study and deliberation, we decided to file a case against Mr. Willie Revillame for violation of Republic Act No. 7610, otherwise known as the 'Special protection of Children against Abuse, Exploitation and Discrimination Act.'

"Our decision to initiate legal proceedings is pursuant to our mandate to protect children who are victims of abuse, neglect and exploitation. It is also in response to the public clamor for government intervention regarding Mr. Revillame's actuations toward the little boy in that unfortunate episode of Willing Willie.

"We are filing this case because it is our job. We do this for all cases of child abuse that we come across, and we provide services to everyone who needs our help. There is no political angle here; neither is there any hidden agenda, as some quarters may allege. Our main concern is to promote the welfare of the child and his family, and others who are or may be placed in a similar situation.

"Our preventive and rehabilitative services to children include child protective services, therapy, alternative family care, special social services for children in armed conflict, and rehabilitation services for children in conflict with the law. As of February 2011, we have served 4,701 children who are victims of various forms of abuse. Majority of these children (1,531 or 32.5 percent) are aged 14 to below 18, followed closely by those aged 10-14 (1,006 or 21.4 percent). We even have cases where children as young as 1 year old and below had been victimized (412, or 8.7 percent). Many of these children are in found in NCR (1,395 or 29.6 percent).

"Apart from psycho-social intervention, we also provide legal assistance to children who are victims of abuse, neglect and exploitation. For years, we have forged partnerships with various organizations, such as the Child Justice League, in order to provide free legal assistance to these children and their families. We have also mobilized retained lawyers at each of our field offices, to serve their legal needs. As of December 2010, the Child Justice League handled ninety-six (96) child abuse cases in our behalf. These cases are mostly within Metro Manila, although two (2) legal cases are filed in Region IV-A and one (1) in Region III. As of March 2011, our retained lawyers are also handling 139 child abuse cases nationwide.

"We are doing everything we can to help these children. They deserve a better quality of life and we want them to be protected. We want them to enjoy the simple joys of childhood—love, protection, acceptance. Every child is precious. They are individuals in their own right and we need to nurture them in an environment that promotes their interest. As Stacia Tauscher once said, 'We worry about what a child will be tomorrow, yet we forget that the child is already someone today.'

"Thus, to protect the 6-year old boy who appeared on Willing Willie and others like him, we are filing this complaint. We take this opportunity to thank everyone who have supported us, and continue to support us, in our endeavors."