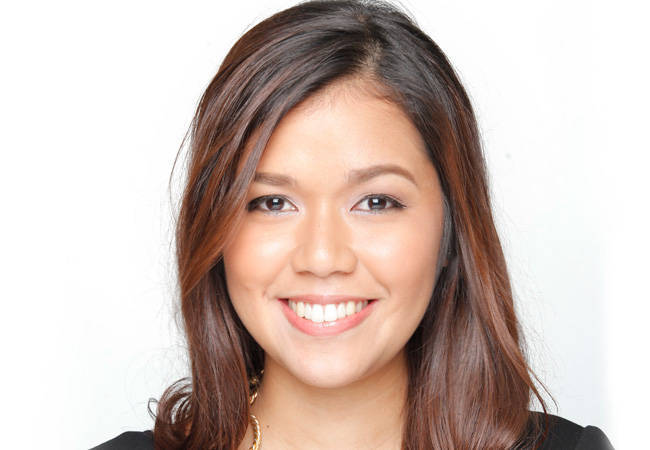 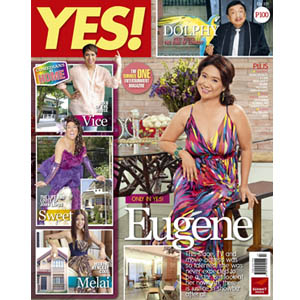 Eugene Domingo just moved into her newly renovated apartment last summer, and the July issue of YES! Magazine gives readers an exclusive look inside the home of one of the industry's funniest women. (Now available in digital version!)

"Pinag-iipunan, pinaghahandaan, pinag-iisipan. Everything is a product of hard work," says comedian Eugene Domingo of her 60-square-meter condominium unit in Quezon City.

Eugene just moved into her newly renovated apartment last summer, and the July issue of YES! Magazine gives readers an exclusive look inside the home of one of the industry's funniest women.

Eugene, or "Uge" to her fans, wanted her house to have a combination of modern and natural elements, so she sought the help of her good friend Gwyn Guanzon, who is also the creative director of Real Living magazine.

"Very much like me, because I want everything of anything."

During the renovation of her Quezon City condo, Eugene couldn't help but feel part of the process. She rented another unit in the building's third floor so she could oversee the work of her carpenters and electricians.

Eugene didn't want them to feel that just because she was a celebrity, money was easy for her. She wanted to prove that she worked hard to be able to afford the renovation of her unit.

When the carpenters and the electricians would leave at the end of the day, Eugene would then call Gwyn to exclaim, "Gwyn, ang ganda! Ang ganda, Diyos ko, ang ganda!"

See more of Eugene's home and learn about her back accident in this month's 11-page feature.

YES! also gives readers a sneak peek at the homes of comedians we all love. Check out the exclusive photos of the homes of Showtime's Vice Ganda, Showbiz Central's John Lapus, and Pinoy Big Brother winner Melai Cantiveros.

Grab a copy of the July issue of YES!, now available in newsstands, bookstores and supermarkets nationwide for only P100.

You can also become a fan of YES! on Facebook via Facebook.com/yesmagazine.ph. A digital version of YES! is available for international subscribers, visit www.yesdigital.com.ph for subscription details.