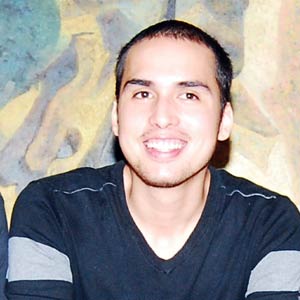 "Philippine Educational Theater Association (PETA) along with the entire Philippine theater community is deeply disturbed and offended by the insensitive remarks made by Cinemalaya director Rafael (Rafa) Santos in his recent interview on ABS-CBN News Channel's (ANC) Cityscape stating: 'Theater actors are better to work with because they don't complain, you can feed them sky flakes three meals a day, and pay them in cat food basically... '

"PETA in its 44 years of theater practice has worked with hundreds of artists who have shaped and re-shaped the theater industry. PETA is witness to the professionalism and artistry of theater practitioners despite minimal support and recognizes that they are a major force in contributing in the evolving art and culture tradition in our country, and for this alone—they must be given due respect.

"PETA's aware of Santos' open letter of apology sent today via Cinemalaya's group email but demands him to have a public apology on television addressed directly to the theater community.

"And finally, as we approach our Shakespeare Theater Season, we borrow from the Bard's wisdom: 'Better a witty fool than a foolish wit.'"

PETA PROFILE. "Founded in 1967, the Philippine Educational Theater Association (PETA) is an organization of creative and critical artist-teacher-cultural workers committed to artistic excellence and a people's culture that casts shackles and fosters both personal fulfillment and social transformations.

"It roots its foundation in the use of theater that is distinctly Filipino as a tool for social change and development. The company has lived by this principle as it evolves with the changes that occurred within and around it. It continuous to push first-rate quality theater while never taking for granted that the art it produces and teaches always serves a greater purpose.

"As if driven by the vision of a distinct Filipino theater, PETA initially took residence in Dulaang Rajah Sulayman, a T-stage theater resting deep in the ruins of Fort Santiago in Intramuros, Manila. It was within these historical walls that PETA developed its own history. It was also in this beautiful open-air performance space that PETA's dream began to flourish.

"The well-defined stage of Rajah Sulayman influenced the diversity of performances that the company produced, prompting the artists to explore possibilities that the unique architecture the theater had to offer. In this cultural landmark, PETA began to nurture and cradle the hundreds of artists who, up to this day, continuously share their talents and expertise in theater, television, radio, print media and education.

"Through the years, PETA continuous to develop its breed of cultural leaders as it steps up in the forefront of Philippine culture. PETA has written, translated, adapted, published, and performed more than 300 plays and has facilitated thousands of workshops both locally and internationally, shaping not only its own history but greatly influencing the history of Philippine theater as well. Theater forms and techniques continue to be enriched as local, national and universal themes find its medium of expression in the company's engagement as a theater group that performs and educates.

"Today, PETA's performing arm, the Kalinangan Ensemble carries out its season of performances at its own Theater Center. It also offers mobile shows for schools and communities in Manila and the provinces. The School of People's Theater, PETA's main training arm for amateurs, professionals, and communities alike, offers a wide range of courses on theater arts and applied theater.

"In 2005, PETA moved to its new home—The PETA Theater Center, a landmark in Philippine Arts and Culture where PETA continues to pursue its vision for our people and society: that lives, transcending race, class and gender may be enriched and empowered with each gesture, word, image, sound, expression and creative learning experience."