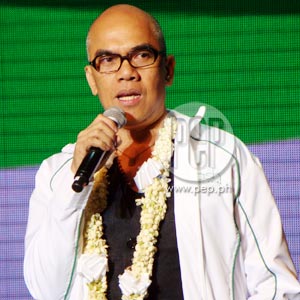 Two sources gave this information to reporter Arniel Serato, who added that Boy Abunda will be joining Bandila as one of the anchors.

The text message of ABS-CBN executive Roxy Liquigan confirmed the information. "Hanggang sept 9," he said about the airing of the nightly showbiz talk show.

His text message also indicated that Boy, indeed, will be part of Bandila, while SNN co-host Bianca Gonzales will be returning to Entertainment Live.

The programming move is said to put the news program in an earlier timeslot.

When Bianca was asked regarding this development recently, she said: "Siguro, better if Tito Boy will say it kasi parang I am not in the position to say anything about it.

"I can give more concrete answers if it will happen. Kasi, we're very proud of the show." (CLICK HERE to read related article.)

ABS-CBN STATEMENT. Here is the statement given by Bong Osorio, head of ABS-CBN's corporate communications department, regarding the new lineup of Bandila:

"The most trusted programs and personalities have joined forces. The nationalistic news delivery of Bandila will be strengthened and expanded, and will now broadcast in an earlier time slot.

"Boy is a cross-over artist who has been honed in news and current affairs with programs like Etcetera, Kontrobersyal, Conversations with Boy Abunda and The Bottomline.

"In the SNN tradition, Boy brings with him the hottest and most interesting news stories in Bandila.

"Bianca Gonzales will be given another assignment."