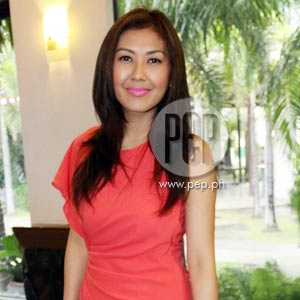 It can be recalled that Liz was once linked to the country's most eligible bachelor during his first few months as a president.

Liz was the stylist of PNoy that time.

However, nothing serious happened to the professional relationship between Liz and PNoy.

When the media related to her that PNoy was reportedly interested in a new girl, she smiled, clueless, "Ay, meron ba? Sino?"

And then, "You know, basta always I wish him well, 'yon lang."

Liz's name is always mentioned whenever PNoy's lovelife is being reported. But for the celebrity stylist, that shouldn't be since the issue is already long past.

Then, she said, "Kasi, feeling ko naman that's been such a long time already. Hindi ko alam na may gano'n."

Meanwhile, when the media asked her if previous reports were true about her dating a director, Liz quickly answered, "Wala. I'm single now."

In December last year Kris Aquino, the youngest sister of PNoy, hinted on her Twitter account that Liz was dating a new guy, later identified as director Lino Cayetano.

Since his election as president and after his breakup with Valenzuela councilor Shalani Soledad, PNoy has been linked to several women, including Liz.

Other women who were linked to him are stockbroker Len Lopez, TV personality and DJ Grace Lee, and most recently, actress Iza Calzado.

However, in his speech before the Filipino community in China last week, PNoy likened his lovelife to the soft drink Coke.