TV5's Artista Academy is open to the LGBT community, but with a catch 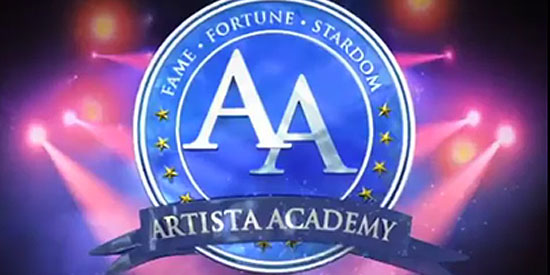 TV5 is giving away 20 million pesos worth of prizes to be divided between the two winners of their newest talent search program, Artista Academy.

The grand audition on June 19 at the Araneta Coliseum is open to all aspiring stars from 16 to 21 years old.

The 20-million-pesos worth of prizes will be shared equally by one male and one female grand winner.

TV5 executive, Perci Intalan explained, “Artista Academy is a project that was born out of TV5 taking a look at our roster of talents.”

“We already, and everybody’s talking about this, we’ve attracted a lot of the top talents in the industry and we’re very proud to be working with them.

“However, and this is something that we’ve also heard from you guys, from our friends from the press, you’ve always been asking us, when are we going to invest in looking for new talents out there, kasi ang dami.

“This is the answer to that. We decided that it’s high time that TV5 takes a look at the top talents, the untapped talent out there and invest in them to join our roster of Kapatid stars.

“So, we’re out to make our roster of stars even bigger this year by taking a look at who’s out there and launching what is the biggest talent search that’s ever been mounted on television.”

How is Artista Academy different from all other existing talent searches?

Perci answered, “Well the big difference is our partnership with the AATA, [which] is a real academy, a real institution that will train our sixteen contestants, our sixteen students.

“And we are very excited and very confident also that after they go through the workshop and all of the methodical…talagang may curriculum as Ms. Wilma said, at the end, not just the winners, but all 16 of them are ready for stardom,” he added.

MENTORS. Students of Artista Academy will have veterans from the industry as their mentors.

“Ang Artista Academy has not just one, but two box-office directors behind the project. The first is Direk Mac Alejandre working as head of TV5 Talent Center and the head of acting for the Artista Academy is going to be Direk Joel Lamangan.

Apart from the aforementioned, the Asian Academy of Television Arts will also have its own roster of instructors.

“If it's dance, we can start with basic ballet and then move on to more contemporary dances, dance moves. If it’s singing, it’s going to be handled by a professional team.

“Marami e, marami. But they will not be the stars of the show. Hindi sila naka-front dyan, nagtuturo lang yan.”

LGBT. One of the biggest stars today is Vice Ganda. Will Artista Academy be open to gays?

As much as the show is open to members of the LGBT (lesbian gay, bisexual, and transgender) community, the end goal is to find a leading man and a leading lady.

Perci clarified, “We don’t want to discriminate pero ang malinaw dito, they have to be able to deliver what is expected of a star.

“Ang maganda, like, kunyari, in the States now, and that is really happening. You've got actors like Neil Patrick Harris, d ba? He’s openly gay but is able to portray a very, very straight role on How I Met Your Mother.

“At ganun din si…who’s that guy from White Collar? Si Matt Bomer na ganun rin, he’s openly gay but when he goes on camera… You get the point…You get the picture.

(Harris portrays a womanizing bachelor in a highly rated comedy series, while Bomer plays a playboy, con artist in another TV series.)

“Hindi, pero yun yung bottom line. Pero at the end of it all, there is a teleserye that’s waiting for them e…and we’re casting [based on] that casting requirement.

“And they have to be able to show the flexibility that is expected of a star na tatagal din sa industriya. Kailangan kaya nilang gampanan ang mga roles na ibibigay namin sa kanila.”