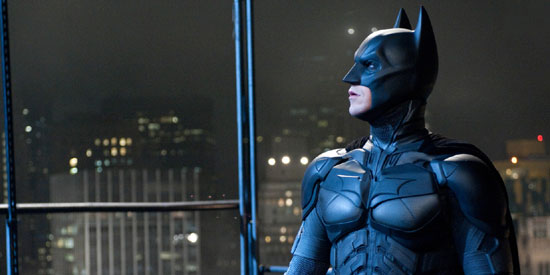 James Holmes is accused of walking into a movie theatre on Friday in Aurora, a city of about 325,000, and armed with an assault rifle, a shotgun, and at least one Glock pistol, opening fire on men, women and children at a midnight premiere of the Batman movie The Dark Knight Rises.

“I am at a loss for words how to express my sorrow. My thoughts and prayers are with the victims and their families.”

“To hopefully, catch someone or stop someone before reaching that emotional space where that’s the emotional outlet that they have left.

“Our hearts go out to the families that are living through that tragedy, and we’re, you know, just hoping to be some small light here today.”

“For me personally, my heart goes out to the families and the ripple effect of all the people that’s gonna affect ultimately…It’s very sad.”

Ganun din ang reaksyon ng 21 Jumpstreet star na si Jonah Hill: “It’s horrific and awful and that would feel horrible for anyone who felt any pain as a result.”

Tanong naman ng rapper-songwriter na si Will.I.Am: “Should we now put extra security in movie theaters or should we educate our kids more?

“Should parents be parents more and give them balance so they know that difference between entertainment and how to treat a fellow neighbor?”

Tiffany Thornon (theral Tiffany): So sad to hear about the shooting in Colorado at the Dark Knight Rises midnight showing. Praying for the victims and their families.

John Stamos (@JohnStamos): what devastating news to wake up to. my heart is with everyone involved in the Aurora #theatershooting. what the world needs now is...

Nickelback (@Nickelback): We are sickened and saddened at the senseless tragedy in Aurora, CO. Our thoughts are with all those affected by this terrible event.

LeBron James (@KingJames): So u telling me I can't even feel safe at the movies now!!? SMH. My prayers goes out to all the families involved in Aurora, Colorado.

Victoria Justice (@VictoriaJustice): Just heard about the Colorado shooting...Wow, absolutely devastating. My heart goes out 2 the families that lost their loved 1's. #StayStrong

Ryan Seacrest (RyanSeacrest ): Thinking about the families who were affected by this horrible incident in Colorado. My thoughts and prayers are with you all.

Jessica Simpson (JessicaSimpson ): Praying for the victims and families of those involved in the shooting in Colorado. My heart is broken. So awful. God Bless...

Chris Evans (ChrisEvans): what the hell is happening?? my heart is completely shattered. all of my thoughts and prayers are with the people of aurora

Mario Lopez (MarioLopezExtra): My thoughts & prayers go out to all the families of the victims of the senseless crime in Colorado. As a father, I'm devastated to hear such a tragedy occur. Going to hug my daughter a little tighter tonight... God bless

Ian Somerhalder (iansomerhalder): My heart&those of many go out to the victims of #Aurora shooting last night.WHF is our world coming to?Pls,pls we must change.Seriously.

Larry King (kingsthings): We remain one of the few countries in the world where anyone in the world can get a gun. in this case a machine gun. This is absurd... Our hearts go out to the victims & family members in Colorado shootings

“Speaking on behalf of the cast and crew of 'The Dark Knight Rises,' I would like to express our profound sorrow at the senseless tragedy that has befallen the entire Aurora community.

“I would not presume to know anything about the victims of the shooting but that they were there last night to watch a movie.

“I believe movies are one of the great American art forms and the shared experience of watching a story unfold on screen is an important and joyful pastime.

“The movie theater is my home, and the idea that someone would violate that innocent and hopeful place in such an unbearably savage way is devastating to me.

“Nothing any of us can say could ever adequately express our feelings for the innocent victims of this appalling crime, but our thoughts are with them and their families.”