Lauren Young "blown away" by Richard Gutierrez's acting: "He freaks me out sometimes..." 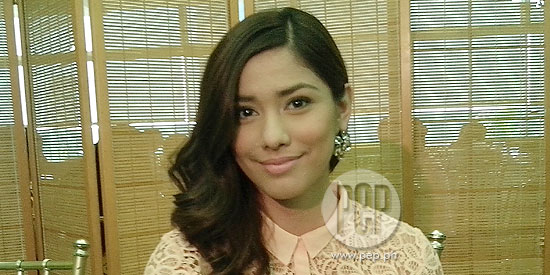 Paglalarawan pa ng Kapuso actress kay Richard, “I think Overtime is one of the perfect materials for him because it’s so dark.

“I mostly see him doing romance and comedy, and when I was like watching him, I was really blown away by him.

“I’m really excited for people to see him as an actor here, because he was so good.

"He freaks me out sometimes, na I was like, ‘Nakakatakot si Richard minsan.’

"That’s how good he was, he would freak me out.

“I’m really excited for him.”

Sagot ni Lauren, “He did.

"Ako naman kasi, it also helps me when my co-actor is very, very good.

"And I’m so happy with how I did my work here because I think he [Richard] gave me that little extra boost.

“And I think it’s a perfect film for people to see the actor in him.

“I have nothing but praises to say for him. Ibinuhos niya lahat. He’s very good.”

“He was actually fun.

“I thought that he was really a serious person, feeling ko 'di magsasalita.

“But when I started working with him, he’s very, very nice.

"He’s very funny. Actually, we just laugh on the set.

"I think we're okay together.

"We're not great friends, but I'm comfortable with him."

"He even brings the costumes, he knows what he’s supposed to look like for his character."

"I was talking to Sarah kagabi, she’s a very strong woman, and I think it’s really all about timing din naman.

“And we all should respect the privacy they wanted before.

“And now they’re sharing this part of their lives, I think it’s a big thing to choose to share din.

Sabi niya, “I usually do indie sa mga festivals, so I’m new with working on mainstream.”

“I think they took a big risk because they did something different, action-thriller.

“I think it’s just a big risk and they trusted me enough to be part of that risk.”

Dugtong pa ni Lauren, “I like the story, I think it’s very different.