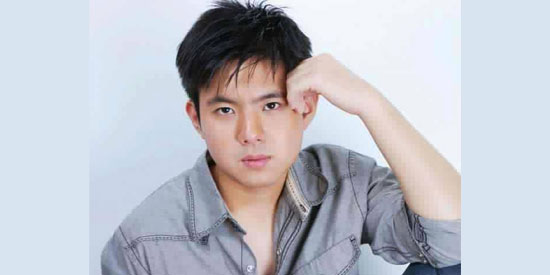 In a phone interview with Dr. Ma. Bernadette Arcena, a psychiatrist in St. Luke's Medical Center, she says Jiro Manio needs a treatment that will possibly last "six months or more."

Seeing Jiro Manio “palaboy-laboy” at the Terminal 3 of Ninoy Aquino International Airport had the public wishing it was just part of his role for a film.

But it was a sad reality.

When reporters Jeff Fernando, MJ Marfori, and IC Mendoza approached him for an interview yesterday, June 30, Jiro was distant, looked ragged, and showbiz had become inconsequential to him.

When asked, what he was doing at the airport, he said, “Wala akong mapuntahan, e. Natural, mag-iistambay ako rito ‘tsaka aalis ako, e.”

One Facebook user who is close to the actor said in one of her posts that Jiro has been hoping his relatives in Japan (father side) would help him, but they reportedly blocked him on Facebook.

Add to this, he reportedly had a misunderstanding with his Daddy Andrew, the brother of his deceased mom.

He shunned all questions about showbiz—which he described as “puro kalokohan.”

She added, “He was lost in the woods… paranoid, suspicious.”

PEP asked: Was he aware of what’s happening to him or was he just masking his condition?

Dr. Arcena replied, “No, he was not his old self.

“Judging by the way he answered, he was not in his right senses.

“Sa hitsura niya na hindi niya naalagaan ang sarili, he’s the exact opposite of a star, it could be because of what happened to him in the past.”

The doctor said she can only make a proper assessment of Jiro’s condition if she knows the following:

(2) If he indeed used drugs, “what’s the amount of methamphetamine [hydrochloride] or shabu” in his system?

(3) What’s the extent of dysfunction?

(4) “What are the psychiatrics involved?”

At present, he didn’t show any hostile behavior towards the reporter, but Dr. Arcena said “there is such threat.”

PEP asked Dr. Arcena about the duration of treatment, and she answered, “It’s hard to tell depending on his condition. But usually, six months or more.”

But she had patients who had worse conditions, but are now doing okay.

The latter, she said, is very crucial to Jiro’s treatment.

“As a psychiatrist, gagamutin namin siya.

Dr. Arcena stressed the importance of a strong support system.