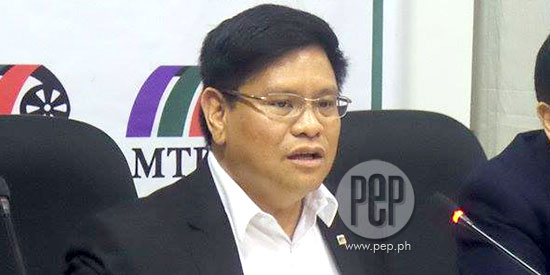 MTRCB Chairman Atty. Toto Villareal appealed for “openness, cooperation, and humility” amongst the PBB execs, MTRCB officials, and guest speakers in their pursuit of a common goal, which is to be better “formators, educators” especially to the young Filipino audience.

MTRCB Chairman Toto Villareal posed this question to ABS-CBN executives who are summoned at the MTRCB headquarters for a developmental conference this Thursday afternoon, July 9.

TALL ORDER FOR MEDIA PRACTICTIONERS. In his opening remarks, Atty. Villareal appealed for “openness, cooperation, and humility” amongst the PBB execs, MTRCB officials, and guest speakers in their pursuit of a common goal, which is to be better “formators, educators” especially to the young Filipino audience.

The MTRCB chair also stressed that it's a tall order for those in the media industry to ensure child protection in terms of the content being shown on TV, film, and other forms of media.

“More paramount is the good of our Filipino children.

“I am confident magtutulungan tayo dito for after all kayo ang Kapamilya network.”

Some of the ABS-CBN execs who attended the meeting, which is currently ongoing, are TV Production Entertainment Head Laurenti Dyogi and Business Unit Head for PBB Raymond Dizon.

On a personal note, Atty. Villareal stated that the correlation between media and child protection has become even more relevant with the recent passing of Nonie and Shamaine Buencamino's 15-year-old daughter Julia Buenamino.

Atty. Villareal stated: “On a personal note, I recall the wake I attended last night.

“For all you know, Shamaine and Nonie Buencamino, at such a young age their daughter was taken from them.

“And it only underscores how valuable the child is.

“And we would want to ask, and I talking to myself also as I too have minor children—what type of media and content is a child exposed to nowadays?

“What type of media and content is a child performer or studio participant exposed to?

“What environment are children exposed to?

“We necessarily have to take two, three, four steps backward when it comes to children.

“If us adults have difficulty coping with life's problems, what more the young?”

PBB CONTENT. On the latter part of his opening remarks, Atty. Villareal reiterated the guidelines that the PBB production staff have agreed on with regards to the challenges, tasks, and situations that the show's participants encounter in the show.

“It's been a journey for me, personally, with respect to Pinoy Big Brother.

“In fact, at the start of the season, I was invited by [ABS-CBN Business Unit Head] Raymond Dizon to give a talk [to PBB staff].

“And also a starting point of that was the resolution that we had with respect to the last PBB season.

“That whenever there are tasks, we should be able to explain both to the housemates and the audience what the task is for.

“How are you going to undergo it? What are the fruits that are to be expected? And if at all, what do you want to achieve in terms of making them better people?”

Atty. Villareal concluded his speech by reminding ABS-CBN execs of their responsibility as formators, quoting a famous line of Spider-Man, “With power comes great responsibility.”