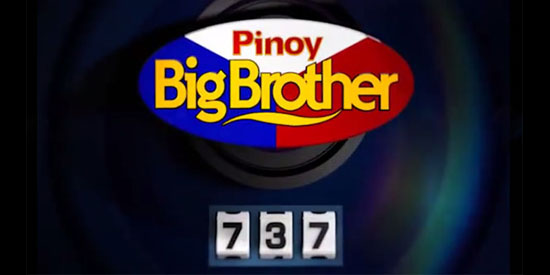 An excerpt from MTRCB's order to PBB 737's parallel programming: "ABS-CBN and Skycable, as the case may be, and for as long as there are minor housemates inside the Big Brother house, are required to place an advisory at the beginning of each episode of the three programs [PBB 737, PBB 737 Gold, and PBB Online via Skycable] stating the following: 'This program may contain sensitive material. Viewer discretion is advise

The Movie and Television Review and Classification Board (MTRCB) has ordered Pinoy Big Brother 737 to enter in a “strict and close collaboration” with the regulatory board following the developmental conference that ABS-CBN’s executives attended this Thursday, July 9.

In a four-page resolution signed by MTRCB co-chairperson Ricardo Salomon Jr., the regulatory board mandated PBB 737 to submit specific “remedial and self-regulatory measures” that will ensure the “protection, welfare, and development of all the participants" of the show.

This was in light of the “numerous complaints and concerns” against the Kapamilya reality show's alleged failure to protect the welfare and development of the minor housemates as well as the young viewers.

The resolution stated that certain scenes in PBB 737 offended the sensibilities of the viewing public, particularly the alleged “bromance” between Kenzo Gutierrez, 18, and Bailey Thomas May, 12.

Other offensive scenes that were cited in the complaints are “the huddling together and engaging in flirtatious talks and actions among male and female housemates; the indecent proposal by housemate Ryan to his co-male housemate if the latter could be his ‘mistress’; and the interaction with non-Muslim males and lack of privacy of a young Muslim woman.”

Officers of involved government agencies like National Youth Commission Commissioner Earl Saavedra, National Council for Children's Television Executive Director Delia Hernandez, Department of Labor and Employment officials, and other resource persons participated in the developmental conference to aid MTRCB in coming up with the appropriate resolution that “upholds the best interests of the children.”

SENSITIVE CONTENT ADVISORY, SPG RATING FOR PBB 737 GOLD. After several hours of free discussion with ABS-CBN execs and resource persons, MTRCB ordered to elevate the classification rating of PBB 737 Gold—which is aired on the network's afternoon timeslot—from “PG" or parental guidance to “SPG" or strict parental guidance along with corresponding descriptors “Theme,” “Language,” and “Sex,” starting July 10 “until the end of the season, or for as long as there are minor housemates in the house.”

Although MTRCB’s resolution did not require the cancellation of the 24/7 live streaming of the program on cable channel, ABS-CBN already decided to shut it down including the live streaming on iWant TV and TFC.tv last July 3.

Apparently, the Kapamilya network’s decision to shut down the 24/7 live streaming was in lieu of the alleged “holding hands, hugging, and kissing” photos of Kenzo and Bailey that circulated online.

Nevertheless, MTRCB ordered PBB 737 to ensure all parallel broadcast of PBB 737 in cable television and in other media, including social media, shall not violate the directives and objectives stated in the resolution.

PBB 737’s primetime show was not given an “SPG” rating, but the regulatory board required it as well as PBB 737 Gold and its cable channel counterpart to place an advisory at the beginning of each episode, stating the following: “This program may contain sensitive material. Viewer discretion is advised.”

The said advisory must be put in place “for as long as there are minor housemates inside the Big Brother house.”

OTHER STRICT GUIDELINES AND SEMINARS. In the latter part of the resolution, MTRCB also decided to limit PBB 737's application for permit to exhibit to "seven episodes per application" in order to ensure the correct and proper implementation of the committed remedial and self-regulatory measures.

All story editors of PBB 737 are required to undergo a “Matalinong Panonood” and audience-sensitivity seminar on a rotation basis to be conducted by MTRCB Chairman Toto Villareal on July 16, 23, and 30.

Given the fact that majority of the housemates are still minors, there was also a mandate for PBB 737 to “cease and desist from requiring participants to engage in activities and tasks which may be deemed hazardous to their life and safety, or prejudicial to their physical, psychological, emotional, moral, spiritual, and social well being” in accordance with R.A. 7610 or The Protection Against Child Abuse Exploitation and Discrimination Act.

The regulatory board also ordered PBB 737 execs to implement a comprehensive “closing out” discussion by a subject-matter expert after the completion of every task or challenge for the proper understanding of the lesson, learning, and/or virtue sought to be achieved in that endeavor.

In an interview with PEP.ph (Philippine Entertainment Portal), MTRCB Chair Toto Villareal stressed that the regulatory board’s resolution to the numerous complaints against PBB was made to protect the welfare and development of the minor housemates as well as the young viewers.

“Our own take is that when they are depicted in media, whether they are participants in a contest or they are talents, their depiction or their appearance or the things that they do in front of the camera should be really handled with utmost care.

“Because when you throw them into a situation, remember that their personalities are fragile. They do not have yet the opportunity to experience all the vicissitudes, as they say, of life.”

It is for the same reason that Atty. Villareal appealed to PBB execs and other media practitioners to be more cautious about their responsibility as "formators, educators" especially to the young Filipino audience.