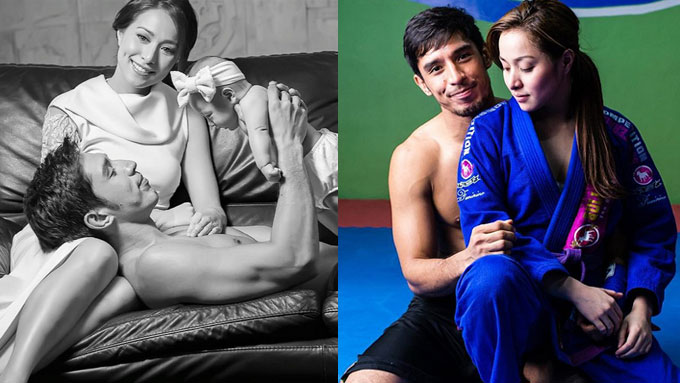 Cristine Reyes and Ali Khatibi plan to tie the knot on January 27, the same date when they first started liking each other two years ago. The two became an official couple on March 8, 2014.

Cristine Reyes revealed that she and her non-showbiz fiancé Ali Khatibi are getting married in Balesin on January 27, 2016.

Apparently, they chose that date because it’s around the same time they first discovered their feelings for each other back in 2013.

Cristine recounted in her guest appearance with Ali on Kris TV’s episode today, December 8, “Parang nalaman namin na we like each other nung time na yun.

WEDDING DETAILS. When asked why they chose Balesin as their wedding venue, Cristine explained that it was actually their second option.

They originally wanted a “backyard wedding,” but their house in Parañaque is still under construction.

The 26-year-old Kapamilya actress also said that they were supposed to get married last December 3.

But they had to delay it for several weeks due to conflict of schedule.

Cristine also revealed that she wants her wedding to be simple and “laidback.”

In fact, very few are invited to their Christian wedding ceremony in Balesin.

THE PROPOSAL. The couple got officially engaged last September 9.

According to Ali, they were having dinner with friends when he decided to propose marriage to Cristine.

“It just happened. We were talking.

“I didn’t even have the ring with me at that time.

Ali added that he bought the engagement ring when Cristine was still pregnant.

Asked why it took him several months before he popped the question, the 31-year-old replied, “Kasi we were taking this counseling.

“For me, that was something I wanted to finish for the both of us.

“It was more of for her and also for me.

“I felt that time I was sure and ready.”

Cristine also revealed that she and Ali officially became a couple on March 8, 2014.

Then she got pregnant and gave birth to their first-born Amarah February 8 of this year.