Jerika Ejercito: "I am neither Pro nor Anti Duterte"

Jerika Ejercito sees herself as "Pro Philippines" and "Pro Filipinos" above all else.

Jerika Ejercito-Aguilar took to her Facebook account to write about her current thoughts on today's political climate.

It was unclear what prompted Jerika to put this out, but she began her post with a disclaimer that she was "neither Pro nor Anti Duterte."

Jerika also emphasized that she did not vote for President Rodrigo Duterte during the 2016 Presidential Elections.

Instead, she considered herself "Pro Philippines" and "Pro Filipinos."

"I am also quite sure that he [Duterte] has done some pretty amazing things for our dear country.

"The thing is, in reality, most of the burning issues in our country has been happening even before his time.

"The man, our President, I feel is doing the best he can the way he knows how.

"He was elected by a staggering 16+ million Filipinos, and by law, we are to respect the position (and that goes for everyone including MYSELF who DID NOT VOTE FOR HIM)."

With numerous controversies surrounding the current administration, Jerika related how she personally knew what it was like to be under public scrutiny when her father had a similarly divisive presidency.

"I have had my personal experience of people going against the President (ahem! 2001, Chavit, Edsa, get it?)"

Jerika then underscored that these events didn't necessarily lead the country to "better days."

"What I'm really trying to say here is that, instead of continuously going against the president and sometimes even each other, why can't we just contribute something positive in our own little way?

"We cannot rely on one man to make our country better.

"We are only accountable to ourselves.

"But if you honestly think you can do a better job than the current president, then by all means run for president next term (thumbs up emoji)

"But until then, please, please be part of a solution.

"The world has way too much negativity as it is… we can choose to add on to it or decide to shift our focus on simply being grateful for another day.

"This blame game isn't going to improve the status [of] our country.

"It is childish and it is immature, but shifting our mindest to what is good, what is pure, and what is right will do wonders.

"We cannot control what the President will say or do.

"But we sure can control ourselves, or at least I hope we can.

"And while you're at it, pray for our President.

"Pray for our nation.

"Pray for the Filipinos." 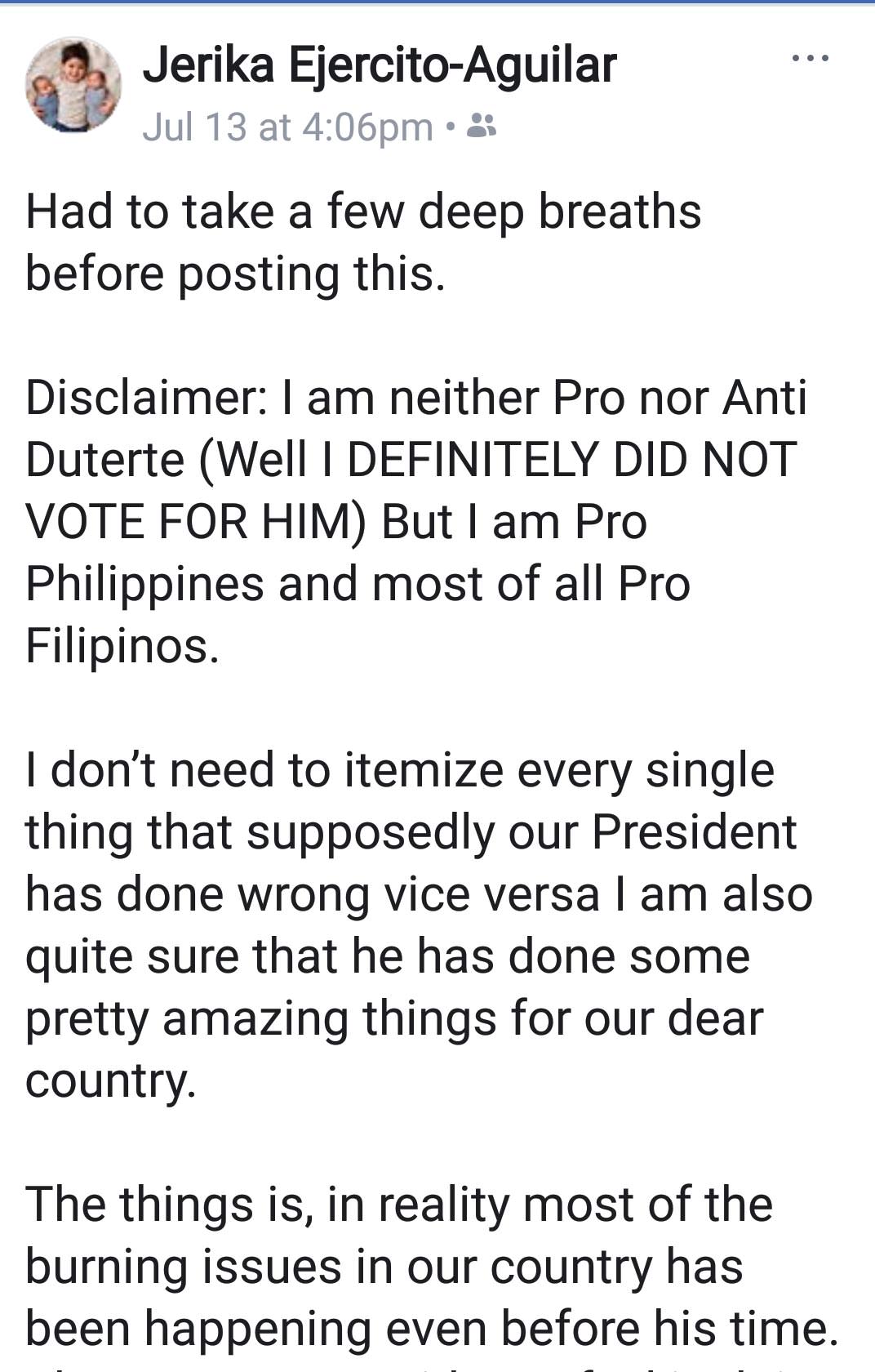 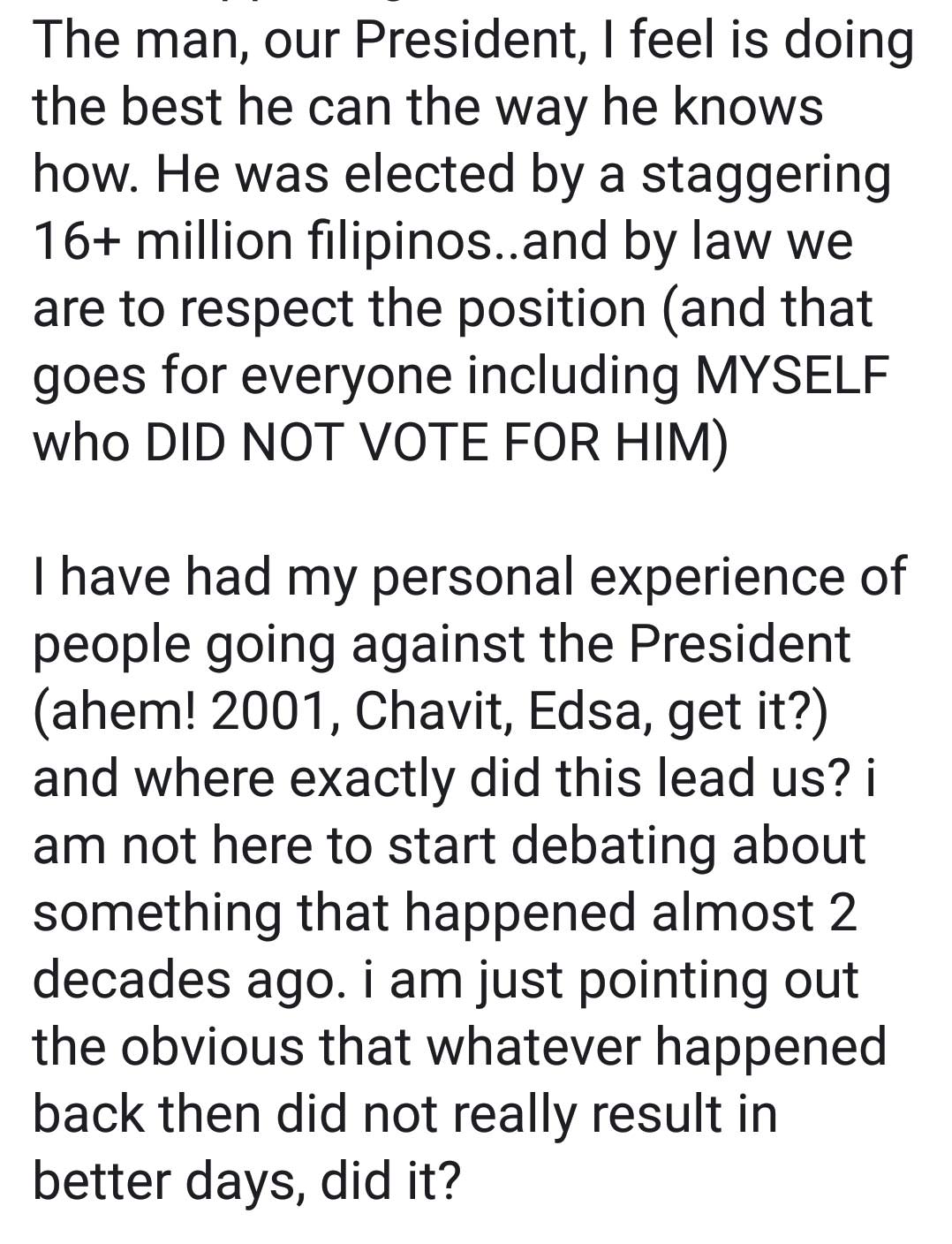 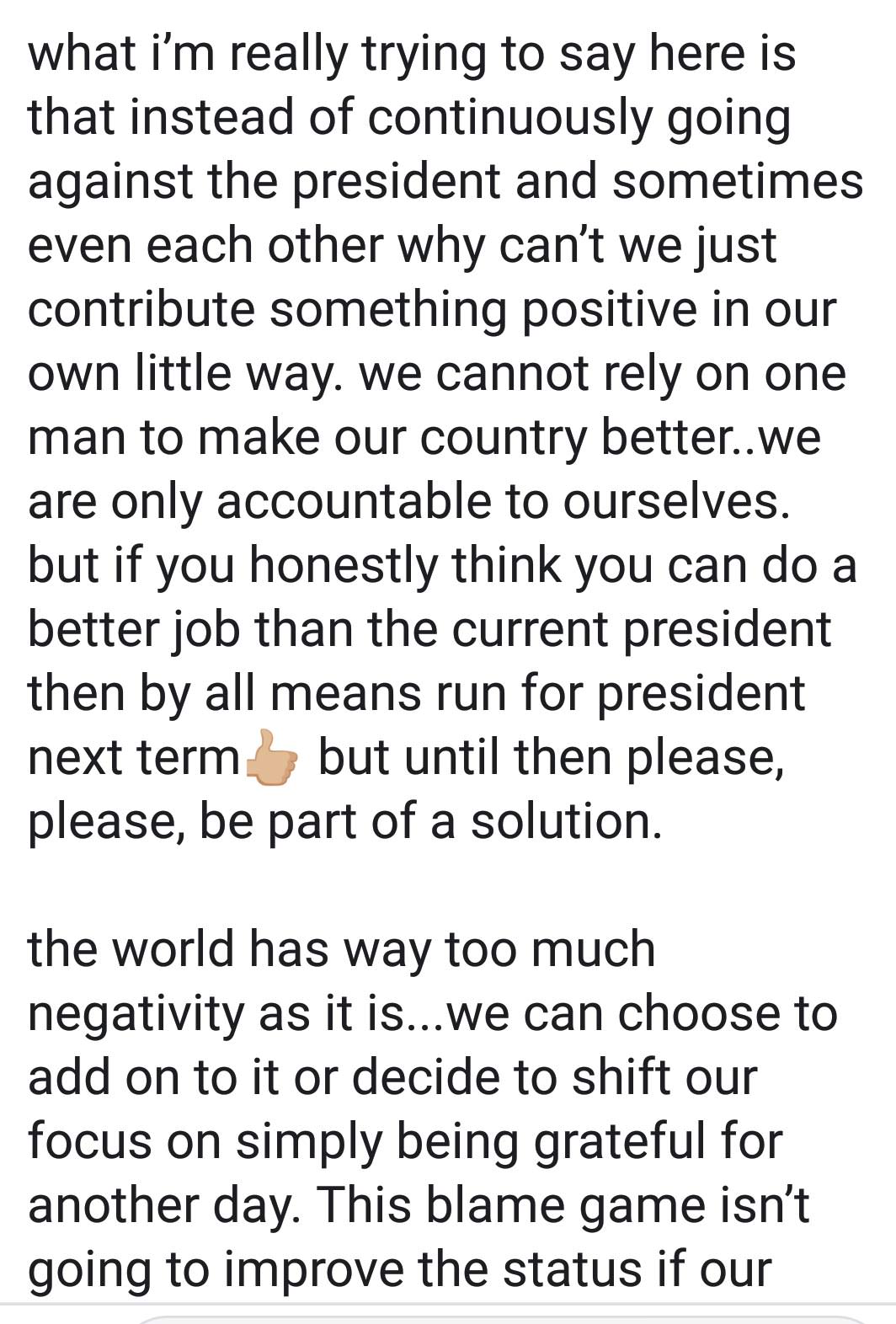 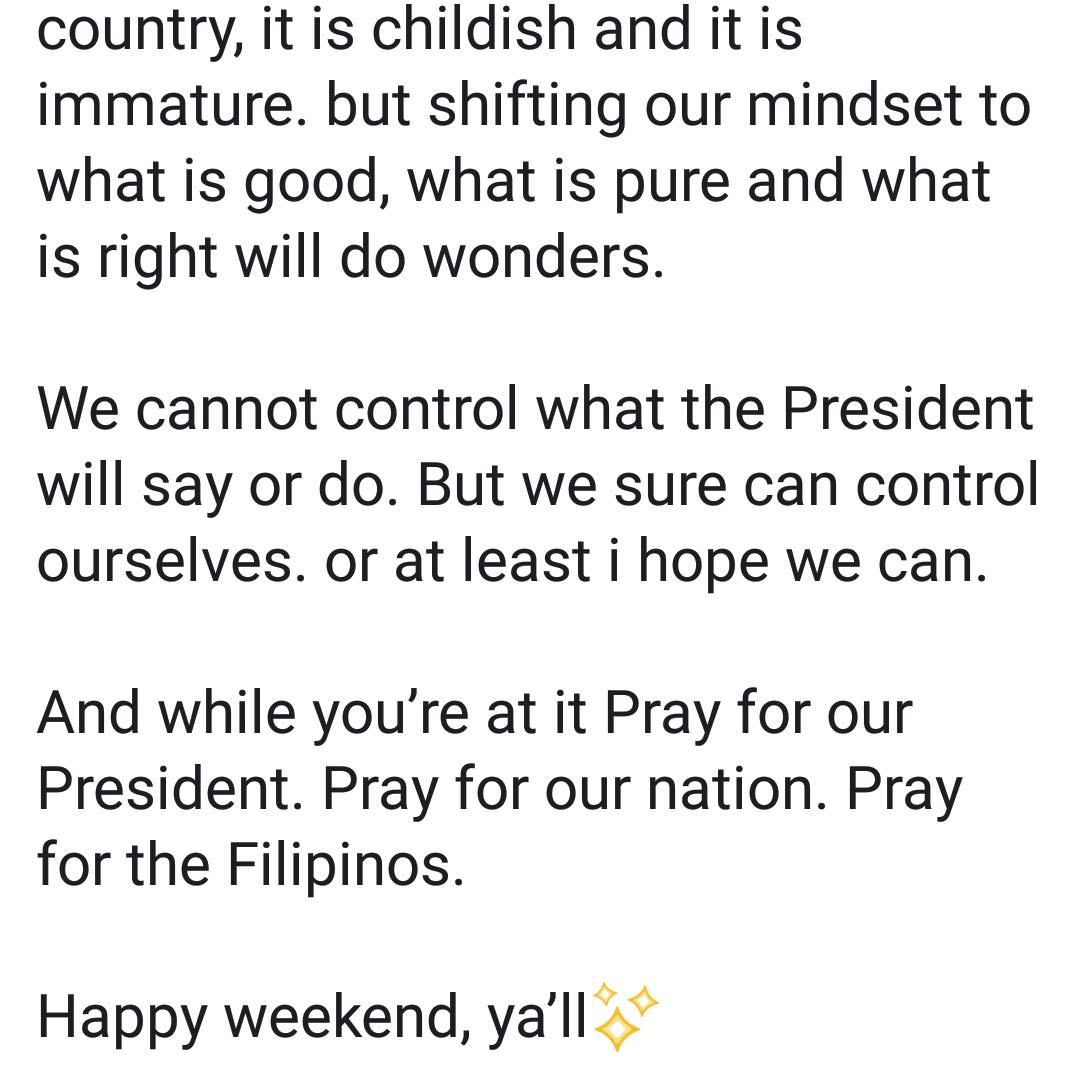