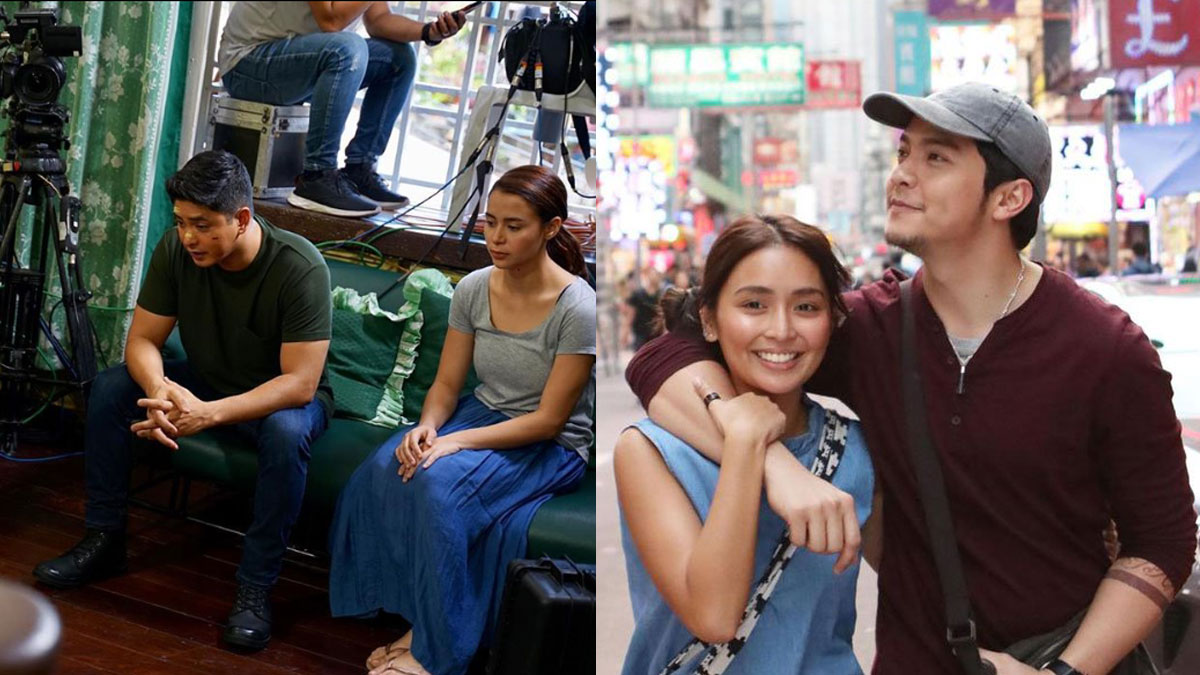 Noong May 16, 2020, naglabas ng sariling “Interim Guidelines On Safety Protocols For The Conduct Of Film And Audio-Visual Production Shoots To Mitigate Covid-19” ang Film Development Council of the Philippines (FDCP).

"Indeed, bad times can bring out the best in people.

"The COVID-19 pandemic may have forced us to shut down all productions in the Philippine Entertainment industry, but it has also allowed us a unique opportunity to band together.

"Growing organically from concerned guilds and groups that raised funds for displaced workers, an unprecedented alliance was eventually forged with a common goal: the daunting task of restarting the industry safely, methodically and realistically.

"The Inter-Guild Alliance is a community-based network of various groups representing different sectors of the film, television, and advertising industries in the Philippines.

"Currently composed of the Directors’ Guild of the Philippines Inc. (DGPI), Lupon ng Pilipinong Sinematograpo (LPS), a Production Designers Technical Working Group, an assembly of Assistant Directors and Script Supervisors, a TV and Film Screenwriters Collective, a Technical Working Group of Freelance Line Producers and Production Managers, Sound Speed Philippines, and Filipino Film Editors in cooperation with a network of post-production companies, this alliance had a series of exhaustive meetings and consolidated all inputs on how we can best move forward.

"After creating the protocols, consultations and extensive discussions were had with the producers who are the funders of all forthcoming projects: the Philippine Motion Pictures Producers Association (PMPPA), the Commercial Production Houses Group (CPHG), and various independent film producers.

"All the parties easily came to an agreement that as we aim for what’s best for the industry, the safety and well-being of all individuals remains primordial over everything else. But then followed a long and tedious process of creating detailed guidelines that were thorough but practical – and above all, not issued haphazardly.

"As all of these were being meticulously prepared, on May 16, 2020, the Film Development Council of the Philippines (FDCP) publicly issued “Interim Guidelines On Safety Protocols For The Conduct Of Film And Audio-Visual Production Shoots To Mitigate Covid-19” which it claims shall take effect immediately – while at the same time admitting it is still pending endorsement from the Department of Health and pending approval of Inter-Agency Task Force.

“Because these guidelines were released prematurely and without final consultation with the producers nor the guilds, this caused much confusion and anxiety not just in the film industry but also in the television and advertising industries.

“The Inter-Guild Alliance Protocols have now been presented to the Inter-Agency Task Force leadership and was disseminated to all concerned parties in the industry.

“For its part, the PMPPA is making it clear that it detests any action that undermines the efforts of the real workers in the industry.

“The PMPPA will respect the guidelines prepared by the Inter-Guild Alliance and will refer to this as the primary document that will guide its film productions in the coming months.”