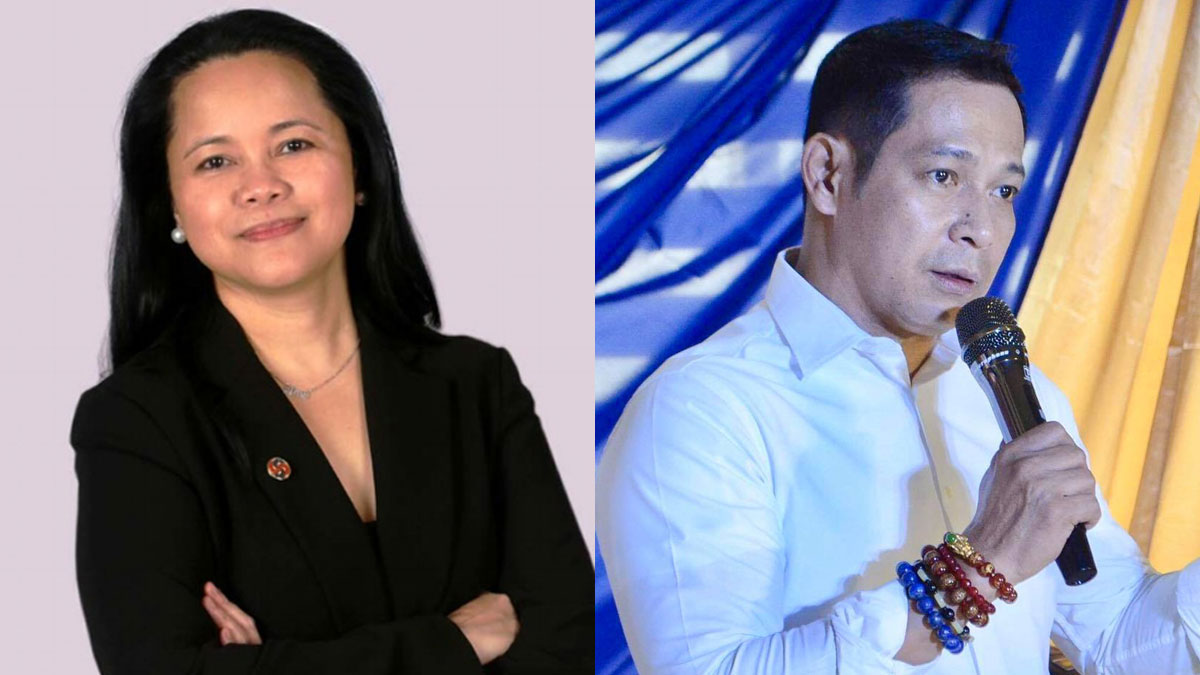 SBMA Chair and Administrator Atty. Wilma Eisma (left) speaks up about not allowing Bulacan Governor Daniel Fernando (right) to pass through the Tipo gate of the Subic Bay Freeport on his way to Morong, Bataan, last May 8, 2020.
PHOTO/S: Facebook

EISMA'S VERSION OF THE STORY

Kuwento ni Eisma, “At 3:41 pm on May 8, 2020, a senior SBMA staff received a text message from an intermediary informing him of a request for assistance from a 3-vehicle party of Gov. Fernando which was already at the Tipo Gate of the Subic Bay Freeport.

“They were reportedly on their way to Bataan through the Morong Gate to give donations, and asked if they would be allowed to pass through. I immediately responded: 'If it’s for relief, ok. No stopping. Work with (the SBMA security men).'”

Sabi ng SBMA chairman, "To this, I answered ‘No, only relief (operations) can be allowed.’"

Lahad pa niya, "At 4:04 pm, one Atty. Datsun, who introduced himself as an aide of Gov. Fernando, texted me to ask if the governor can call me up.

"I said yes, but added that if this was about the entry to Subic, I reminded him that we are strictly implementing the ECQ rules issued by President Duterte.

"I added: 'I trust that it is the leaders of the country like you and me who should follow it, so we can set an example to our people. If I will allow you to pass through, it’s only for one way. You have to go out through Morong.'"

Lahad ni Eisma, “Atty. Datsun sounded amiable, so I further explained my position: that I refused them entry because I was advised that the governor was just going to visit his resort, and that under the circumstances I can only allow relief operations, and delivery of essential services."

Ayon kay Eisma, “The governor’s aide then claimed that they are not going to visit any resort, because the governor has already sold his resort five years ago.

"He added that Gov. Fernando has long provided help to Morong because he has relatives there.

“So I again apologized for having hurt the governor’s feelings, and explained again that I was just trying to do my job.

"Atty. Datsun said he understood my position, but that the governor was really offended.

“After that, I called up the governor’s number that Atty. Datsun gave me."

Saad ni Eisma, "At this point, I was considering letting them pass through, so that the situation can be resolved there and then.

"But I was not prepared for what I heard. Gov. Fernando simply went ballistic!

“He said he had already turned back and going to Morong the long way (through Mariveles). Still he harped on his right as local chief executive to unhampered access.

“I pointed out that that only applied to his own jurisdiction, the same way that I couldn’t have unhampered access in other areas outside of Subic Freeport during lockdown.

"When I said that I could have allowed them in if they were really bringing in relief goods, he retorted that what he had to give was cash.

“Again, I apologized but stood my ground.

"His harangue went on for more than an hour, until his party apparently entered a dead spot and I couldn’t hear him anymore."

"In his story that came out next, Gov. Fernando 'lamented that the story based on Eisma’s narrative painted a different story.'"

Pahayag pa niya, “I have asked for understanding and patience over what has happened.

"But I knew then, and I know now, that I was just doing my job — which was to protect Subic, which has remained Covid-free 68 days into the community quarantine.

“Having said my side, I ask that we cast our differences aside and look forward to mutual understanding and respect.

“We have better things to do and our respective constituents expect us to do them.”