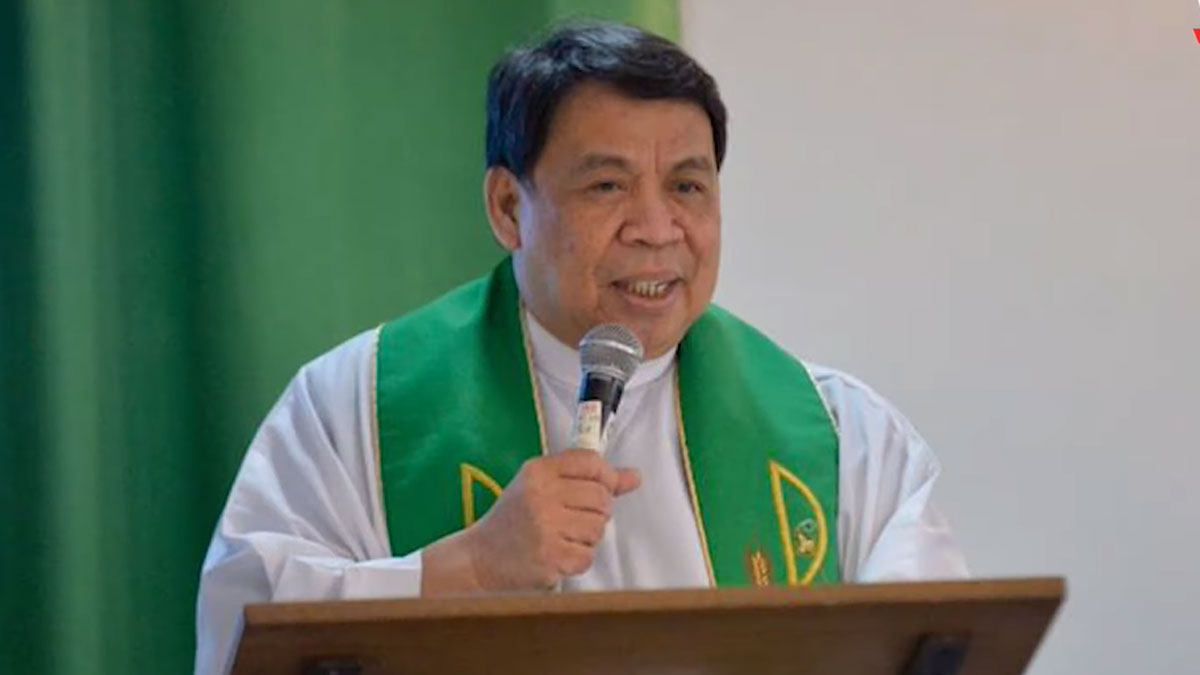 "The Oasis of Love Catholic Renewal Community and the Movie Worker’s Welfare Foundation (Mowelfund) jointly pay tribute to the late Father Larry Faraon and invite the reader for continuous prayers for the eternal repose of his soul and the timely recovery from grief of the Faraon Family, his loved ones and constituents.

"Father Larry, 64, succumbed to Pneumonia and Covid 19 at the Capitol Medical Center on July 26, 2020 at 3:06 AM. He had pre-existing conditions of hypertension and diabetes.

"The popular and well-loved priest of the Diocese of Batanes was a noted multimedia practitioner who dabbled in broadcasting through Radio Veritas and other networks. He was a mass communications expert who was largely in demand as a speaker and formator for religious dogma and Christian leadership. He had written several books on lay spirituality and contemplative action.

"Father Larry was a man of multifarious talents.

"Aside from delivering most incisive Mass homilies spiced with humor, he was also sought after for his gift of singing, from Church hymns to Popular tunes, while accompanying himself at the guitar. He was also a prolific composer.

"At the time of his untimely demise, Fr. Larry had two very significant designations. He was the Moving Spirit of the decades-old Oasis of Love Catholic Renewal Community, founded by Servant Leader Christopher de Leon and Reverend Father Sonny Ramirez, O.P. in 1988.

"The Ministry is led by sister Nita Trofeo, Head Servant, and Council of Elders leaders Jesse Ejercito, Rez Cortez, Giselle Sanchez, and others.

"The Ministry holds the distinction of active membership from among many leading showbiz personalities.

"The Foundation is partly subsidized by the annual Metro Manila Film Festival (MMFF). Joseph Estrada, then San Juan Mayor and film superstar and producer, was highly instrumental in the passage of Executive Orders creating the annual Film Festival in the seventies.

"Father Larry will be most remembered by Mowelfund Management, staff and beneficiaries for his very innovative and concrete measures on membership benefits and for his initiatives for MowelCares, an across the board supplemental financial assistance program for some 4, 000 beneficiaries during the time of the Pandemic. Corollary to 'MowelCares' is 'MowelHand,' an innovative program which will create a permanent circle of 'Big-Brother – Small-Brother' one-to-one assistance from dedicated benefactors during and beyond the time of COVID-19.

"It is ironical that it was the deadly COVID-19 virus that claimed Father Larry’s life in a most unexpected and untimely manner.

"Mowelfund joins the Oasis of Love in this lasting tribute to Father Larry.