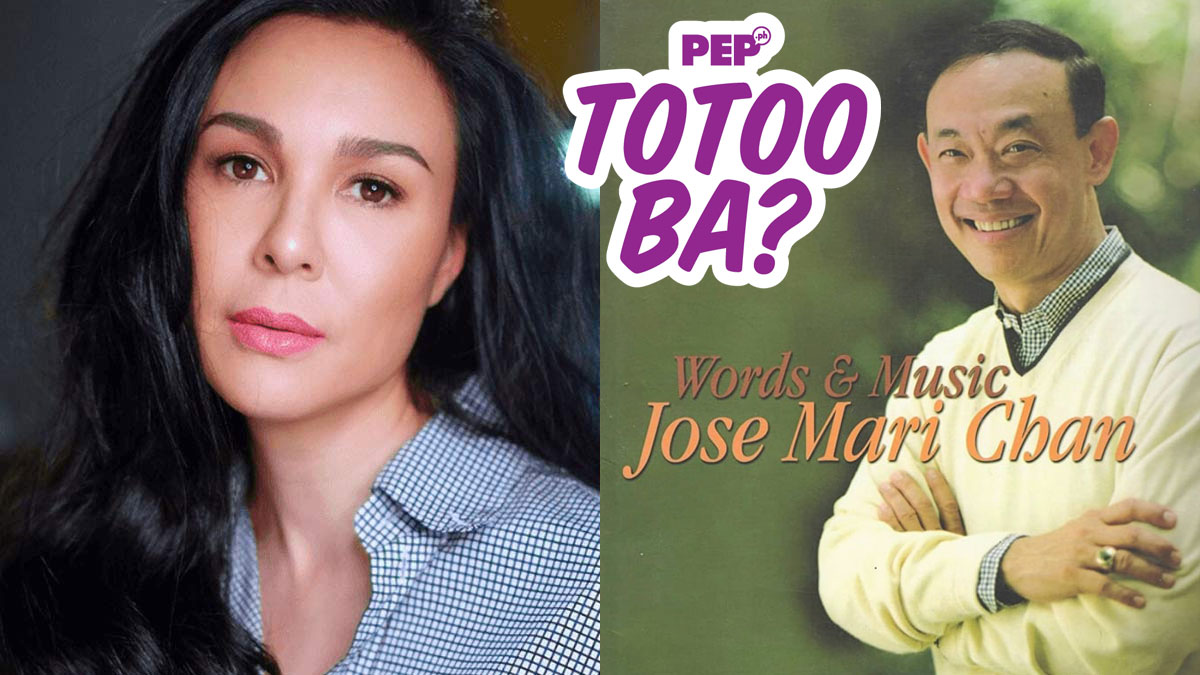 "Happy birthday Ate, to the one and only Beautiful Girl," pagbati ni Claudine kay Gretchen. 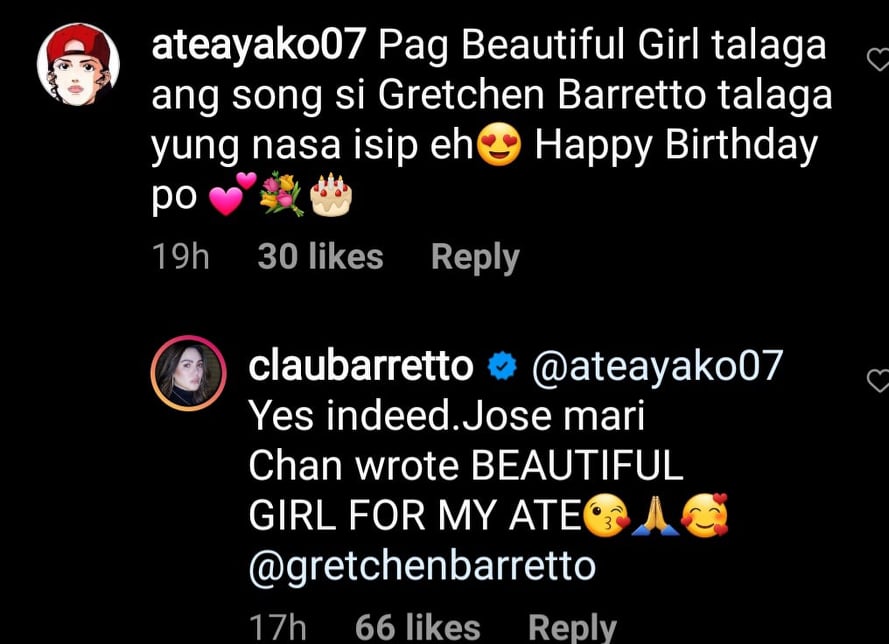 "[Beautiful Girl] is a ballad about seeing an attractive lady from a distance and never getting to meeting her. Losing a girl like a ‘song in the night.’

"...Spending 11 years in the US made me even more appreciative of American country and western songs and their influence on my songwriting is evident in this composition..." paliwanag ni Chan sa kanyang libro tungkol sa kasaysayan ng "Beautiful Girl."

"I put myself in a position of a young man who noticed a pretty girl from a distance and he promised himself that he would meet her before the end of the evening and before he knew it, the girl was gone so he never met that girl.

"Many times I have this muse that whispers melodies to me. I’m being poetic and I get inspired, I’m on the plane, I’m in the car, I do my work and all of a sudden a nice melody enters my mind and very often, I put in down on paper so I will not forget it.

"But sometimes before I fall asleep, there’s a melody that comes to me and is very catchy and it tugs at my heart and I promise myself, tomorrow morning, when I wake up, I write down on paper and then I go to sleep. And then what happens? The next morning, I’ve lost the melody.