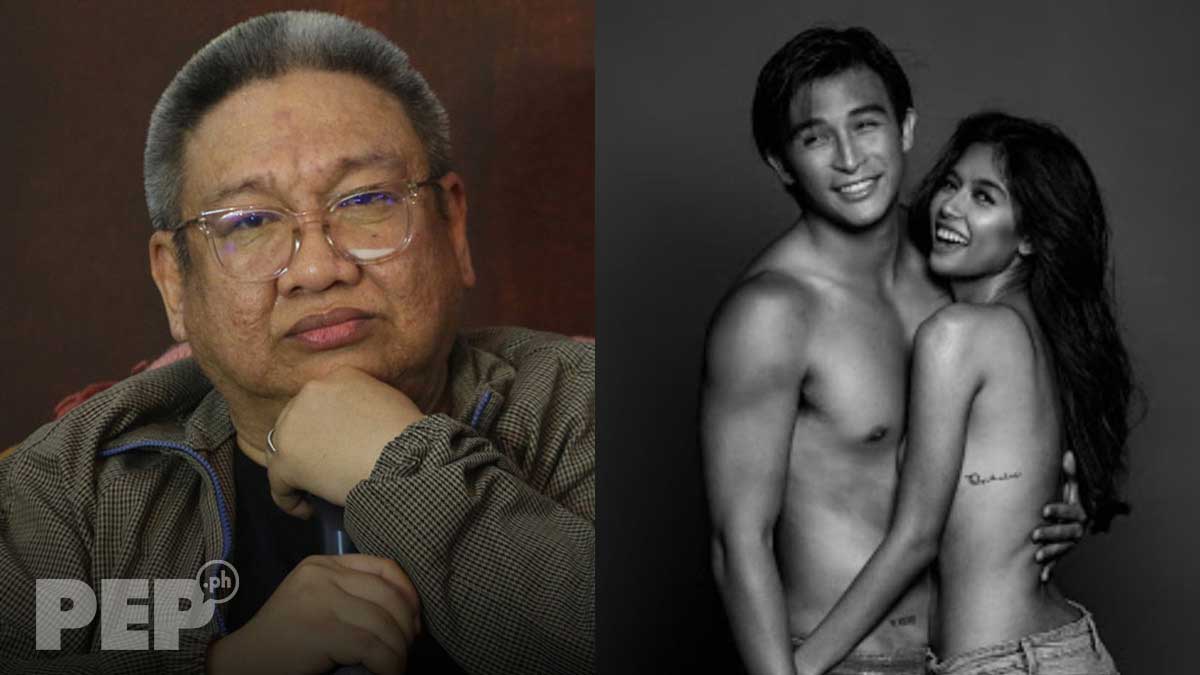 Direk Erik Matti on his latest film, A Girl + A Guy, starring newcomers Rob Gomez and Alexa Miro: “It’s the tita in us that won’t accept that the children have changed. Twenty seasons of the Kardashians has changed the children. There’s a lot of sex in the movie—lots and lots of sex and very graphic sex."
PHOTO/S: Noel Orsal / UPSTREAM

Pahayag ng award-winning director, “Big fan ako ng romantic movies, but where it came from, why I wanted to tell the story is because I’ve seen a lot of romantic movies that were made and it tend to sugarcoat the kind of generation we have now.

“You don’t wait to get married to stick your tongue into somebody else’s mouth, even the new generation now.

“That always confuses me, and I have two daughters. I probably wrote it for them because I wanted to find out how this generation thinks."

“And in most of the generation I talked to, because of the research, wala talaga sa kanila yung, 'Ay pakakasalan ko na 'to.'

"Lahat yan, they know there’s a timeline to it.

“Those are things I wanted to tackle in the story, how confused they are, how uncertain or how indecisive they were about their lives.”

Saad niya, “It’s the tita in us that won’t accept that the children have changed. Twenty seasons of the Kardashians has changed the children.

“There’s a lot of sex in the movie—lots and lots of sex and very graphic sex.

"The top part with the movie is that with the culture now, I don’t want people saying there’s Erik Matti doing the female gays.

“I was really doing a balancing act, shooting all these sex scenes that the nudity does not just refer to women, but the nudity also goes with men and nudity with men.

"It’s liberating because, now, showing it online, you can get pass on the judgments of MTRCB, the judgment na may rules na ito lang ang pwedeng ipakita.

"If you want to tell a story that demands that, then you’re free to just tell that story without censorship.”

Tugon niya, “I think I’m responsible enough as a filmmaker to know the boundaries of making a film like this.

“I think also, I’m brave enough to show what should be shown because I know that if you judge it as a whole based on the story, you’re not gonna question it as being gratuitous. I’m very careful with that.

"I’ve done so many films and for everything I do, I try to as much as possible, say the loudest voice in certain topics.

"But at the same time, keep myself responsibly tame and, yes, I think it’s a really, really brave movie.”