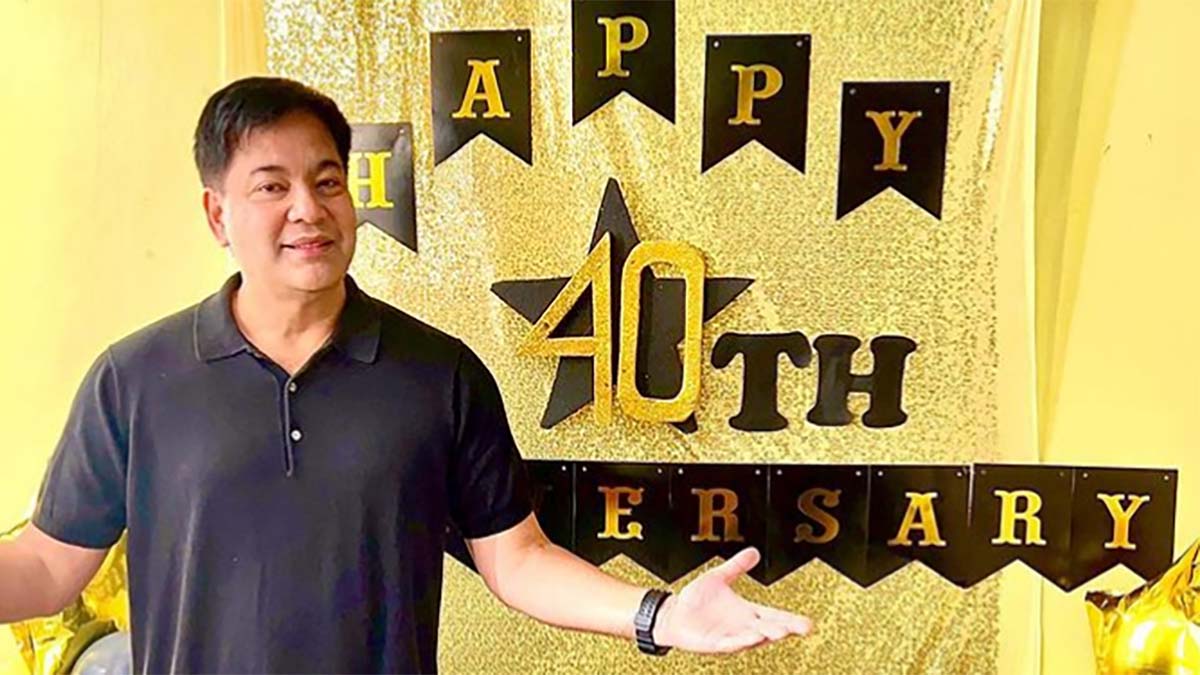 Martin Nievera on his 40th anniversary: "Nothing matters to me anymore except to entertain and to enjoy what I’m doing. There’s no pressure. There’s no competition."
PHOTO/S: @martinnievera on Instagram

Pahayag ni Martin, “It went by so fast. The fact that you’re singing forty years, it’s news to me because it didn’t feel like forty years, even during the bad and slow days when the phone wasn’t ringing.

“That was the time that really went slow. But as I recall, I remember it now, ang bilis. I can’t believe it’s been…

"I can’t believe the number is forty, but the real hard question to answer is what’s next, that’s really the hardest.

“That’s why I said earlier, I’ve learned to embrace me, meaning to say, my niche, where I belong in the industry."

"Nothing matters to me anymore except to entertain and to enjoy what I’m doing.

"In my mind, I’m not trying to compete with someone the way I did it in the '80s and '90s which was really fun, but that old fan mentality trying to get fans?

“If you want to stay with me for the next forty years, then stay. If you don’t want, that’s fine too. I’m not gonna cry over small things anymore, the way I used to.”

Saad niya, “The highlight of bouncing back, that’s a talent that I’ve learned. I have to come back.

“I’ve fallen so often. I failed so many times that it has become one of the highlights of my career in forty years—how to bounce back.”

“He meant it sarcastically. It wasn’t a title but the fans used it as the title.

“If you ask me about the Concert King title, I hate it because there so much pressure.

“The way I’ve told myself, I don’t have to be the Concert King. I have to have a show and everything I do has to be fit for a king.

“The audience is the king. The show has to be the kind of show that is fit for a king.

"That’s what makes me the Concert King," sabi ni Martin.