Life has worsened for over 60% of Filipinos in the past year, new study says

by Paul John Caña for Esquiremag.ph
6 days ago 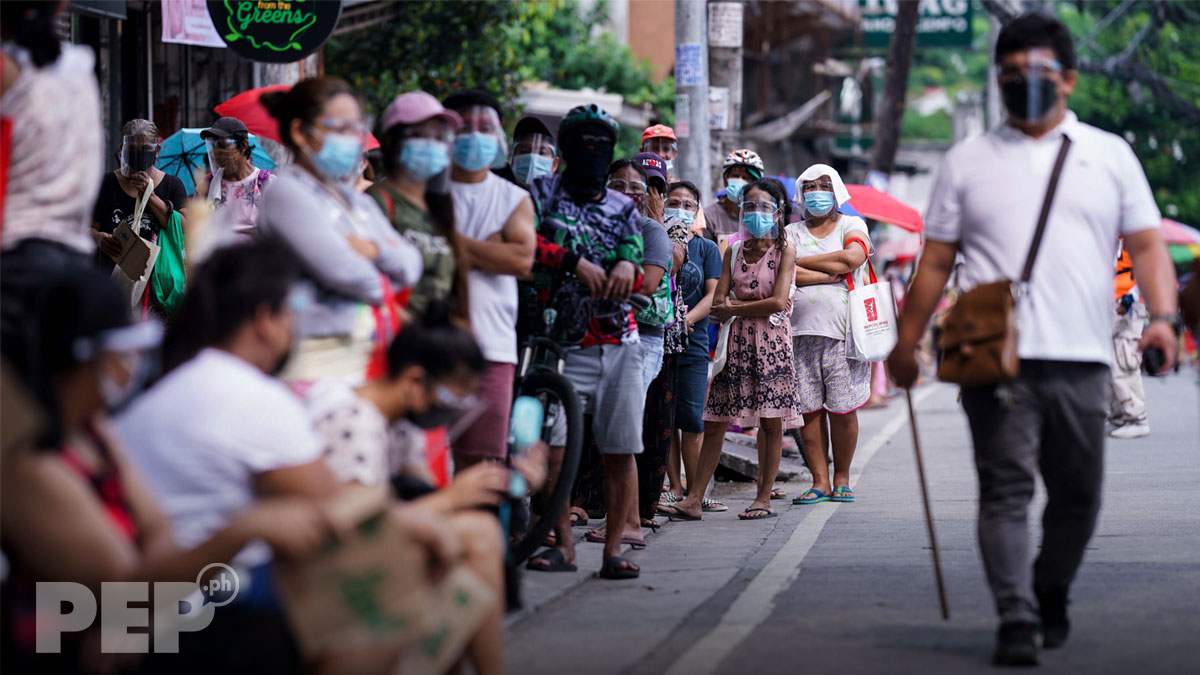 A new survey of Filipinos' sentiments over a year into the coronavirus pandemic found that 63 percent of respondents say life has gotten worse.
PHOTO/S: Jerome Ascano

A new survey of Filipinos' sentiments over a year into the coronavirus pandemic found that 63 percent of respondents say life has gotten worse.

Twenty-nine percent said that nothing has changed in their households, while eight percent claim life has actually improved.

Only four percent said their current emotional state (at the time of the survey) was anger, which the study says "supports the long-known Filipino trait of being patient and enduring, thus slow to anger.

"This may be why even after being immersed in the complexities of the pandemic, most Filipinos have been able to cope and adjust to the changed circumstances of their lives," the report said.

On the question of what people missed the most during the yearlong lockdown, 62 percent said "hearing mass in church," 49 percent said "going to the malls," and 26 percent said "traveling to places."

As for coping mechanisms, 71 percent said "spending time with family" helped them weather the crisis; 54 percent answered it was watching shows on TV, Netflix, YouTube and other streaming platforms; and 53 percent immersed "themselves on social media."

Published by the Eon Group, a communications consultancy firm, and Tangere, a market research company, the report entitled Quarantine@1: A Look into the Status of Filipinos, surveyed a total of 6,000 users of the Tangere app.

About 42 percent of respondents were between the ages of 26 to 35, about 61 percent were female, 56 percent said they were single, and 47 percent reported earning a total income of between PHP10,000 to PHP50,000 monthly.

Only about 27 percent of the respondents came from Metro Manila, while a slight majority of users (51 percent) came from elsewhere in Luzon. Twelve percent came from the Visayas and 10 percent from Mindanao.

"Due to the nature of the mobile application, the respondents were restricted to those with smartphones and internet connection," the report said to explain the limitations of the survey results.

"The survey appeared on the feeds of all eligible respondents in the Tangere respondent base and those who completed the questions were considered as the sample respondents.

"While this study may not be a full representation of the Philippine population, it nevertheless shows a snapshot of the public's sentiments," it added. "It should be noted that the results and insights are topline, and additional formal research may be conducted for further verification and validation of the data."

The full report was sent to Esquire Philippines by the Eon Group.

Still, when asked which activities they would be comfortable doing despite the risks, 55 percent said "hearing mass," 54 percent said "visiting the homes of friends and relatives," and 30 percent said "riding a jeepney, bus or MRT."

Clearly the crisis has had a significant impact on people's finances, with many industries badly hit and businesses shutting down or downsizing.

Sixty-five percent of respondents said expenses rose during the past year, while 58 percent were "forced to be thrifty." About half (48 percent) found it difficult to pay their debts, while 46 percent took a pay cut or saw their income decrease.

As a result, 36 percent of those surveyed said they looked for a second job or a side gig, 31 percent said they ended up borrowing money, and 30 percent dipped into and used up their savings.

Food remained the top monthly household expense, according to 94 percent of respondents, with 64 percent saying "utilities," and 32 percent allocating funds for "debt or loan payments."

What's on the horizon

To end the survey, respondents were asked two questions: what they hoped to happen in 2022, and what needs to change so Filipinos are better prepared to face a new crisis or threat.

The overwhelming answer to the first question was for things to go "back to normal," or how things were before the pandemic; while for the second question, it was for Filipinos to be "more disciplined."

"Quarantine@1 provides a clear snapshot of how drastically society has changed over the past year," says Adam Crayne, editor-in-chief of EON Trust Central, the research hub of the EON Group.

"Through the survey, we were able to identify the Filipinos' sentiments and the gaps they've experienced, enabling us to craft better solutions that will move us forward post-pandemic."

Esquire Philippines is now on Quento. Download the app iOS and Android to read more articles from your favorite websites.