Economic Cha-Cha: Is it the right time to rewrite Constitution? 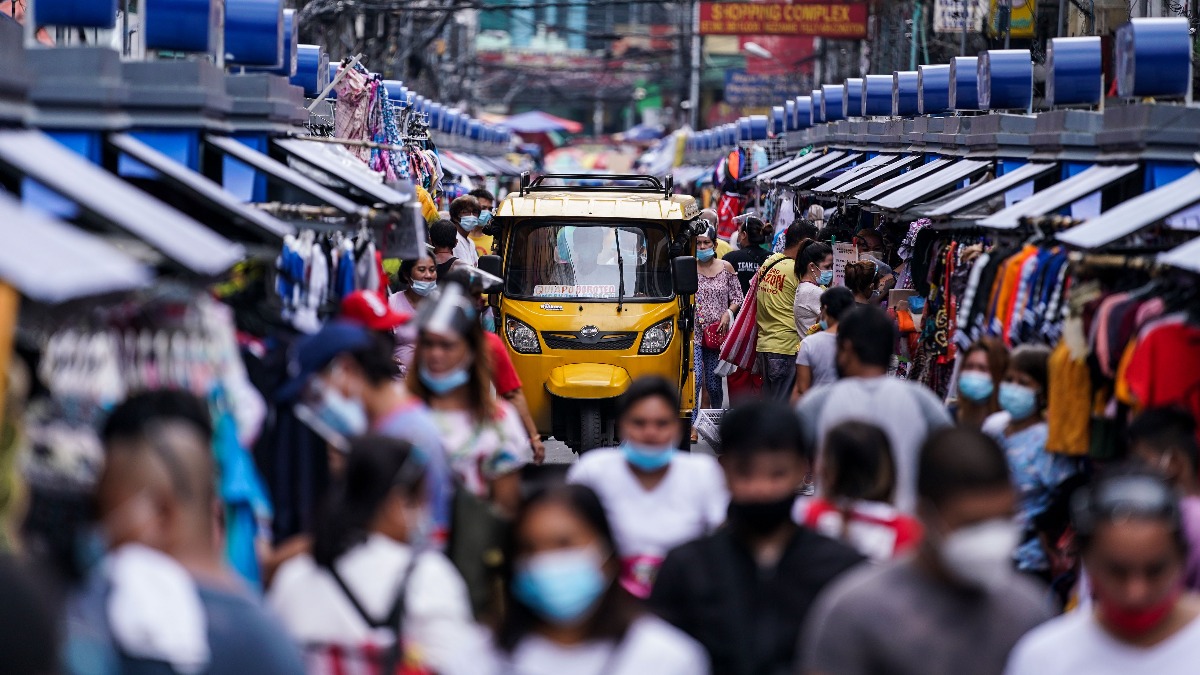 Despite its perceived benefits, critics question the timing of the measure as the country is still facing a global health crisis.
PHOTO/S: Jerome Ascano

Before the month of May ended, the House of Representatives approved on second reading the so-called Economic Charter Change, seeking to amend "restrictive" provisions of the 1987 Constitution that prevent larger investments from foreigners.

Its author, Speaker Lord Allan Velasco, said allowing more foreign capital will help the economy recover from the pandemic. The deepest recession since World War II is largely attributed to large-scale lockdowns at the start of the pandemic in 2020.

Despite its perceived benefits, critics question the timing of the measure as the country is still facing a global health crisis.

Others worry that it could open the floodgates for political amendments, such as term extensions or the lifting of term limits for elected officials.

While the measure is one reading away from passage in the House, the question remains: How will amendments in the Constitution help the Philippines recover from COVID-19?

What is Economic Cha-cha?

Filed by Velasco in July 2019, Resolution of Both Houses No. 2 introduces seven amendments to the 1987 Constitution with the goal of easing its "restrictive" economic provisions.

The amendment is simple: to insert the phrase "unless otherwise provided by law" in the constitutional provisions on national economy and patrimony (Article XII); education, science and technology, arts, culture, and sports (Article XIV); and on the general provisions of the Constitution (Article XVI).

For one, the phrase will be included in the provision which reserves some sectors of the economy to Filipino citizens or to corporations with at least 60% of capital owned by Filipinos.

The same phrase will be added to provisions that limit the ownership of educational institutions and mass media to Filipinos, as well as to the one allowing the State to explore, develop, and use natural resources.

When it comes to the manner of voting, the resolution provides that these amendments can be introduced to the 1987 Constitution by a vote of three-fourths of all Senate and House members, voting separately.

Lawmakers who support the measure said this would give Congress flexibility to pass laws which could open up the economy to more foreign investments.

"Foreign investment plays a crucial role in the Philippine economy by supporting domestic jobs and the creation of physical and knowledge capital across a range of industries. The need to attract foreign capital is critical to support our economy's recovery from COVID-19," Velasco said.

If approved by Congress, these amendments also would have to be approved by the general public in a plebiscite seen to take place alongside the May 2022 elections.

The Powers of the Philippine President, Explained

Are Senators Still Presidents in Waiting?

What about the timing?

For University of the Philippines political science professor Jean Encinas-Franco, the timing of the measure could hamper the goal of pandemic recovery. Since the Cha-cha deliberations are on the tail-end of the Duterte administration, the public will no longer have enough time to understand its perceived advantages, she said.

"It is not something that we should do at this time. The timing is not good. They are adjourning for this regular session. It's difficult to inform the people if there's no time anymore," she told reportr.

Congress is set to adjourn session on June 4, 2021. Even if the House approves the resolution before that, Senate President Vicente Sotto III said senators will no longer have time to tackle it before the break.

Encinas-Franco said pushing for Cha-cha under time pressure would make it appear "railroaded." Unless there are several hearings and the amendments are exhaustively deliberated in plenary, lawmakers can "easily" have the Cha-cha proposal approved, she said.

Session is Adjourned: Why Lawmakers Going on Break Matters

Will there be political amendments?

There is also the danger that political amendments may be inserted as Congress deliberates on economic Cha-cha, Encinas-Franco said, especially since the 2022 elections draw near.

"Once they open the Constitution for amendments, then the other political provisions can also be changed. And this is also not a very good time for it," Encinas-Franco said.

"If they attempt to change the political provisions come 2022 elections, people are going to be very suspicious about it," she added.

Opposition lawmakers in the House of Representatives have raised such concern. ACT Teachers party-list Representative France Castro said that even if the lower house would tackle only the economic provisions, the Senate could still shift gears and deliberate on political amendments.

Ako Bicol party-list Representative Alfredo Garbin Jr., who sponsored the measure, allayed such concerns from the public and assured that only economic amendments would be tackled.

Will Cha-Cha cure the economy?

Although the passage of economic Cha-cha may be framed as an "achievement" for its proponents, Encinas-Franco said the economy could still recover without going through the long and controversial process of amending the Constitution.

For one, the government can review the types of work needed in a post-pandemic world to determine whether liberalizing the economy is the way to go.

"My sense is kasi we are pushing for liberalization, foreign direct investments, baka may ibang bansa na they would try to turn inwards because their economies need to provide more jobs to people within their countries.

"Tayo din we need to look for ways. Kasi baka may mga jobs that will no longer be available post-pandemic. Iyon ang dapat tignan. At anong skills ang kailangan," she said.

"Baka there are also services that can be done work from home pero i-improve iyong connectivity issue. Iyong matitipid dito can be put in programs that will probably create other jobs or training for civil servants so that they are able to adopt work-from-home arrangements," she said.