What is the mysterious giant statue in front of SM Megamall? 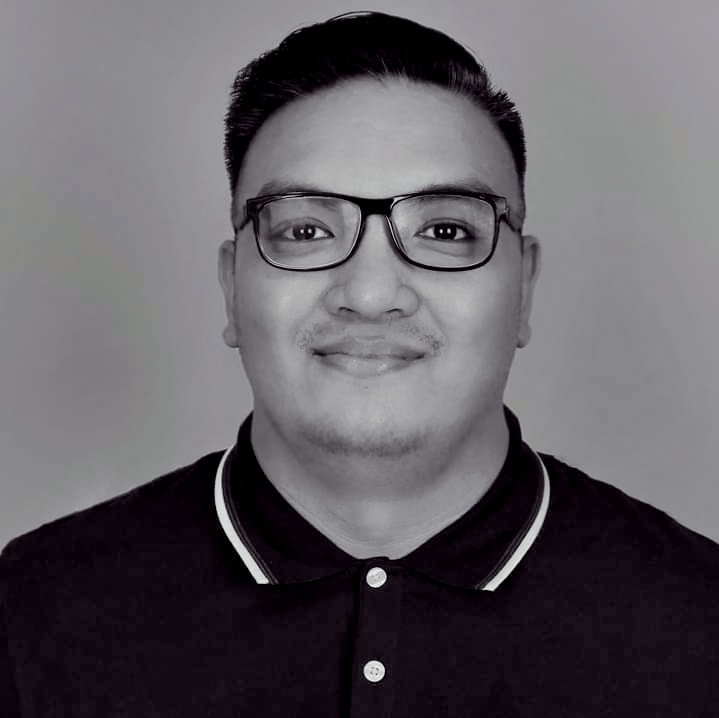 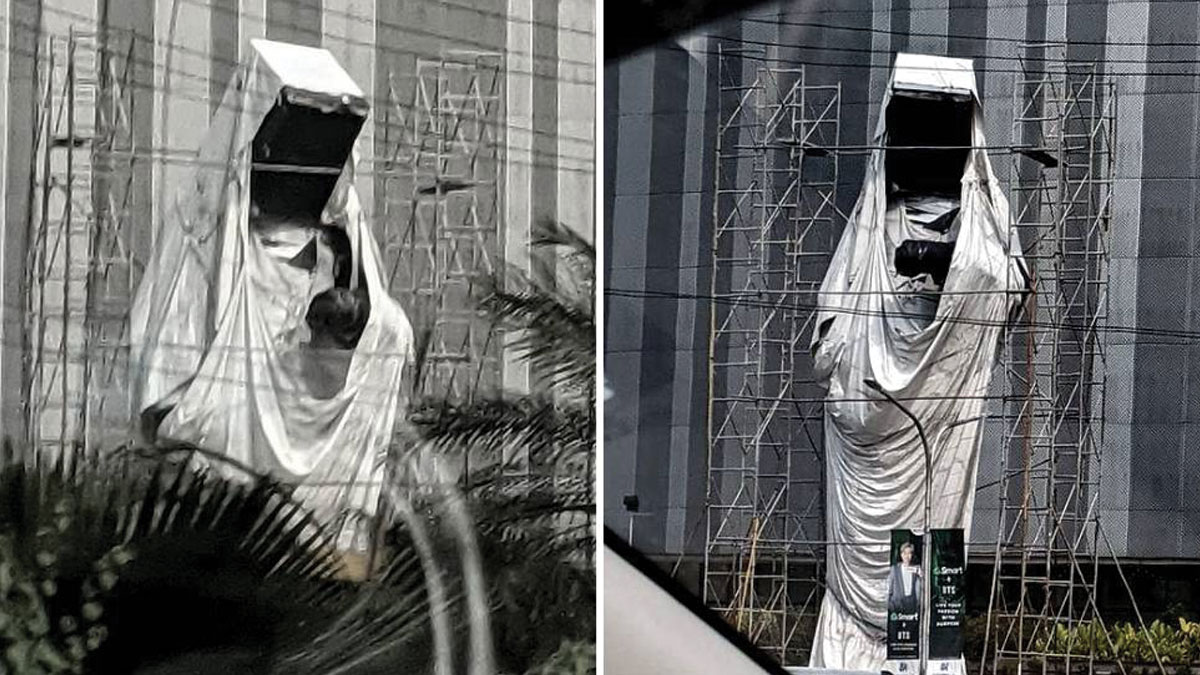 While it may look creepy and mysterious, the giant statue in front of SM Megamall has an important message to onlookers.
PHOTO/S: Mario Alvaro Limos

While driving on EDSA for the first time in months, a friend of this author pointed to a huge monument being erected in front of SM Megamall.

"It looks like the Nazguls from the Lord of the Rings," I countered.

"Why is the face square and dark?"

"Are they building another statue of the Virgin Mary?" 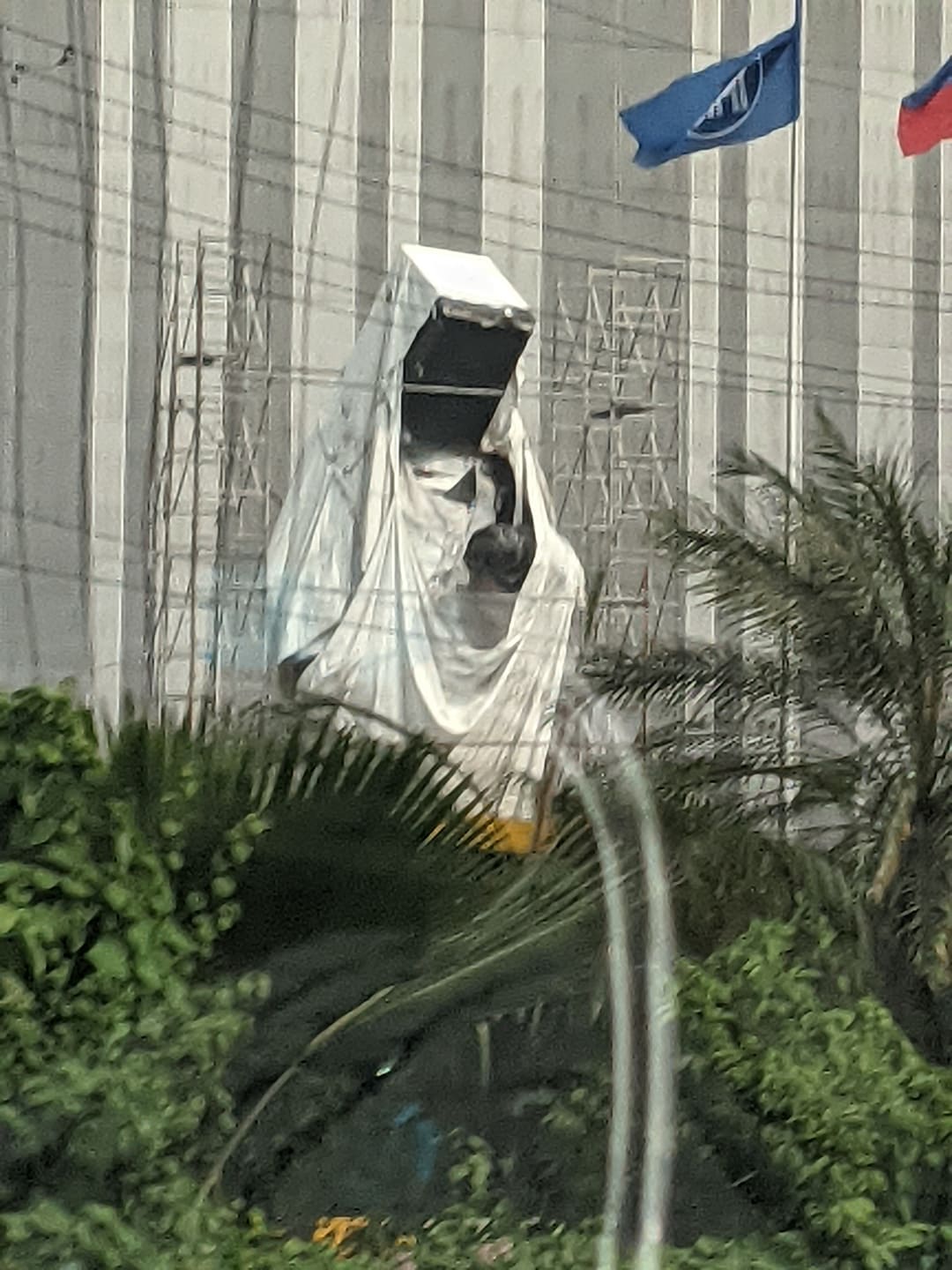 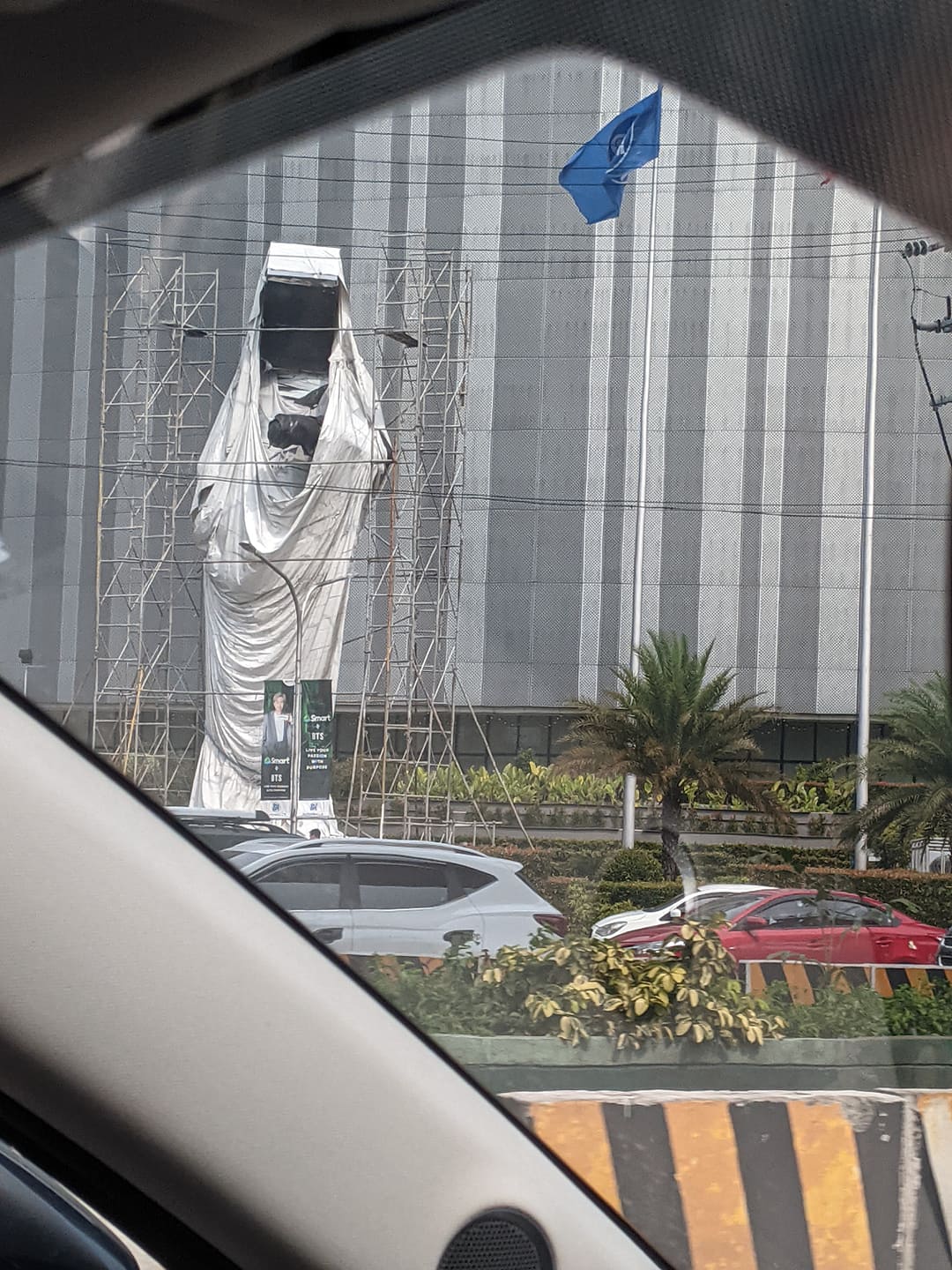 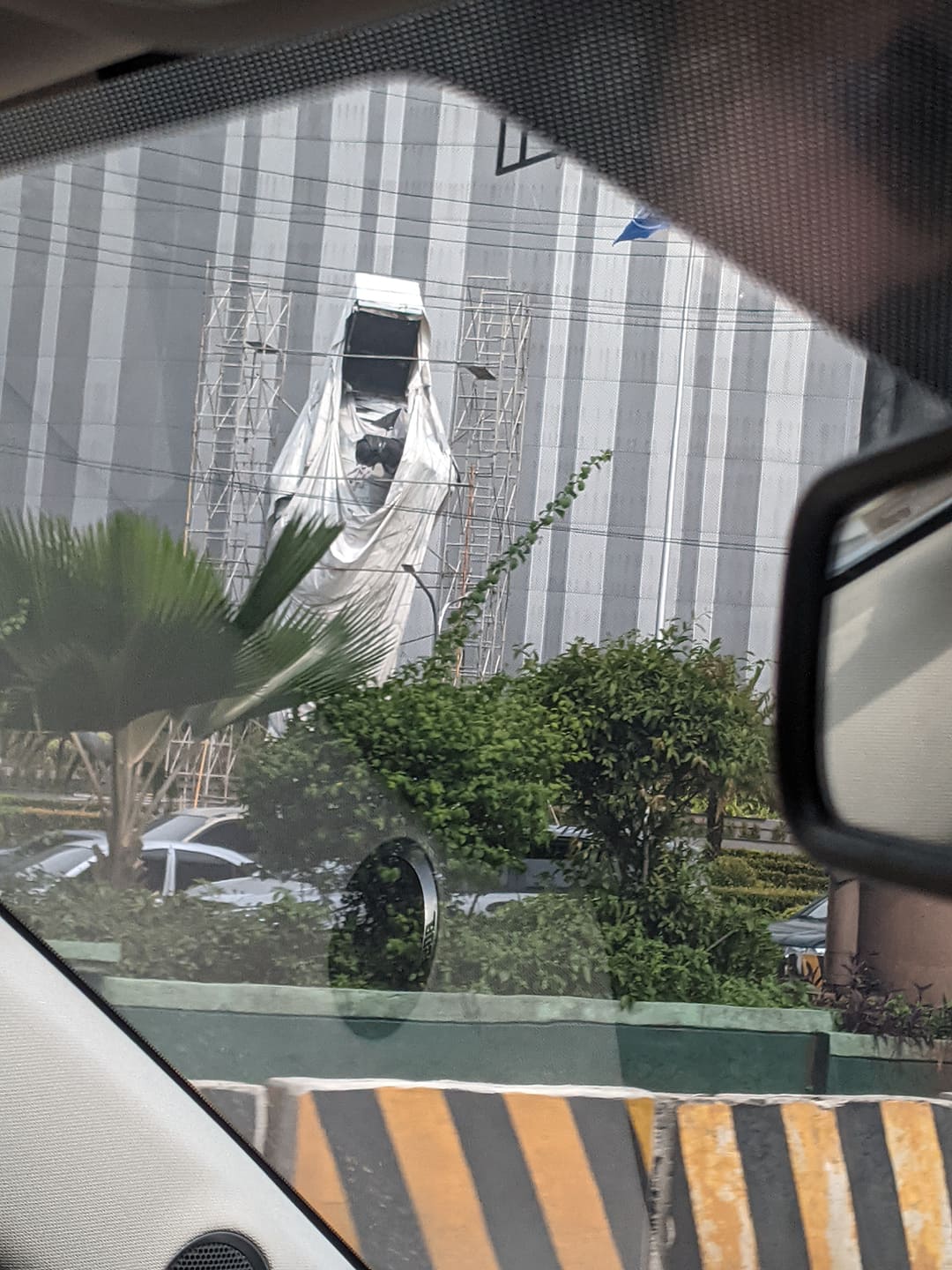 It's hard not to miss the imposing sculpture on EDSA. Contrary to what some people have been speculating, it is not a statue of Henry Sy Sr.

It is actually a giant artwork by Filipino-American sculptor Jefre Manuel Figueras, a.k.a. JEFRË.

The 12-meter-tall work is called the Time Sculpture, which depicts a man looking at his watch, a reminder to people that time is valuable. 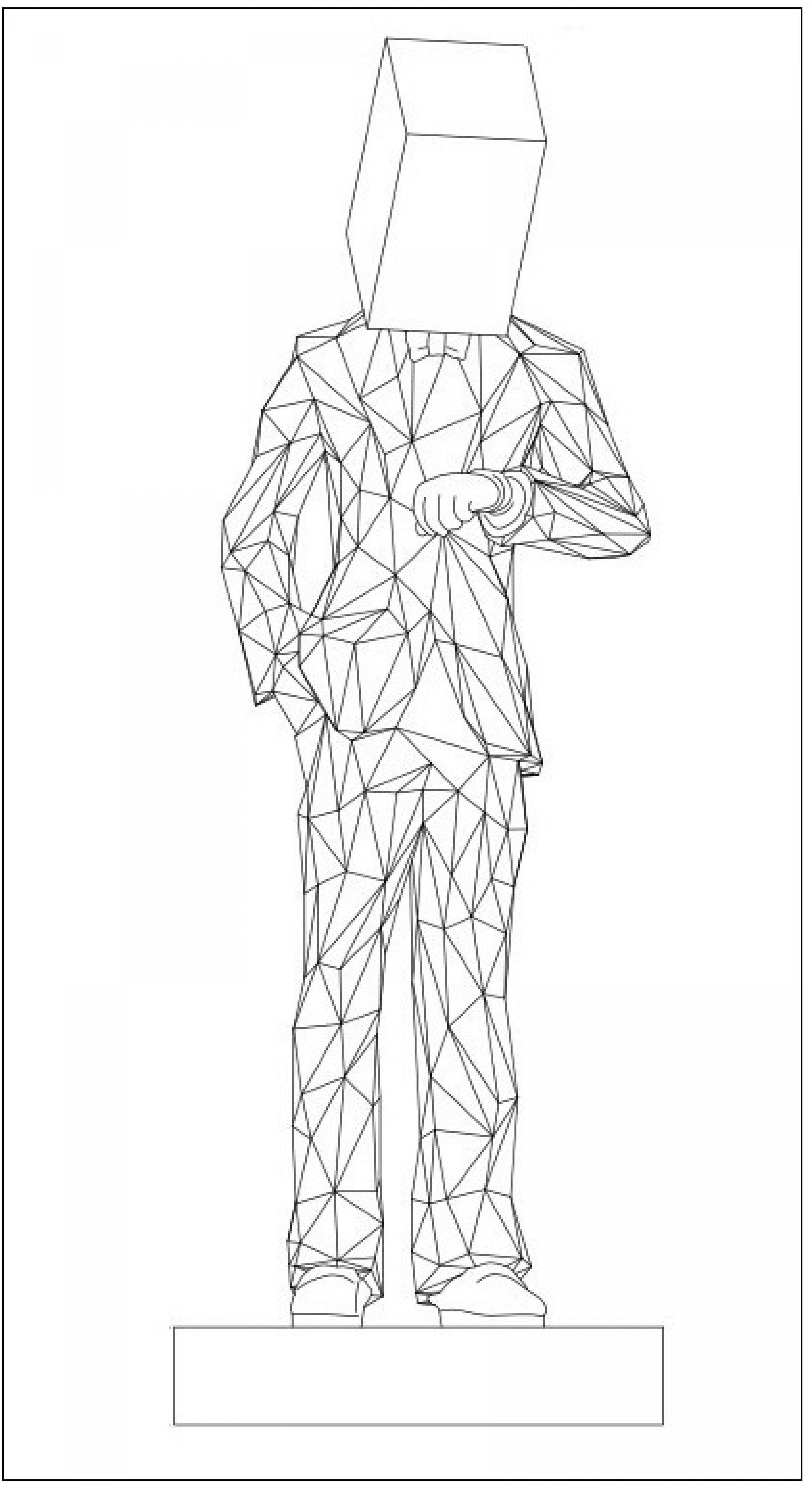 Photo by SM
Continue reading below ↓

The 12-meter-tall structure made of mirror stainless steel has points established across the figure's body and is then connected by polyhedrons that create complex three-dimensional planes.

The Time Sculpture will be unveiled in front of SM Megamall on July 29.

The Baks Series was named after the phonetic pronunciation of the word "box" in American English. Its figures are archetypes representing people who give life and character to cities around the world.

Construction of the Time Sculpture 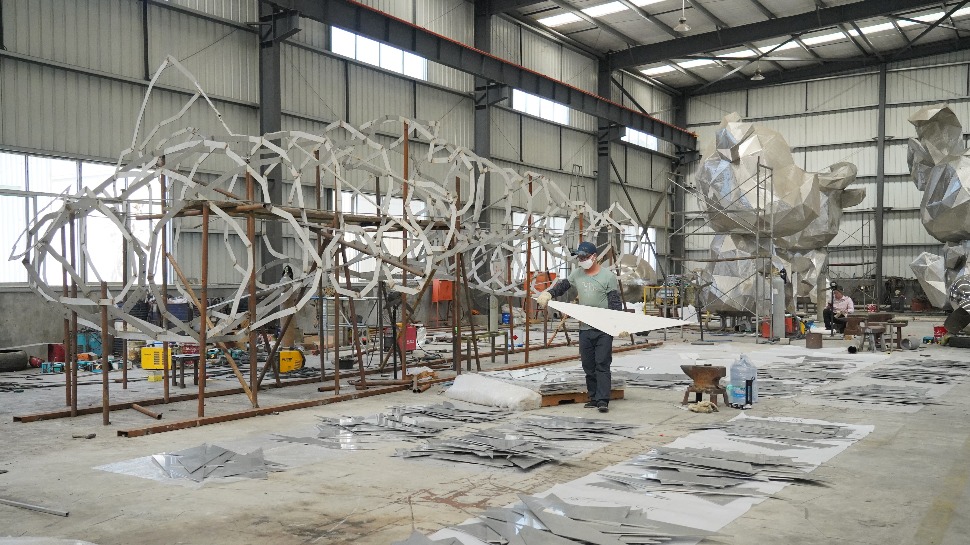 Photo by SM
Continue reading below ↓

The structure is made up of multiple round steel tubes as the main structural column, as seen in the photo above, shot during the construction of one of its main columns.

The box-shaped head is also an iconic form within the artwork as it establishes the figure as a symbolic expression.

For JEFRË, people are the building blocks of the city and, by converting the statue's head to a block, the artist connects the figures to urban architecture.

Below are other Baks figures by JEFRË.

Photo by JEFRË
Continue reading below ↓

With the opportunity to create a landmark along EDSA, SM Supermalls teamed up with JEFRË to make something with presence, to have something on a pedestrian scale as people don't really look at the building from the ground floor.

"Even when stuck in traffic, people should learn how to respect the idea of time by using it productively," SM says in a statement.

The permanent art sculpture, like any other public art installation, aims to create an understanding of the history of the city and its people, as well as to establish forms that best represent the city.

JEFRË is an award-winning public artist based in Chicago, Illinois. He is proud of his Filipino heritage and how his family originates from San Pedro, Laguna, and Sto. Domingo, Ilocos Sur.

JEFRË creates art and sculptures that help identify cities and places. For him, it's an opportunity to use art as more than decoration but also to provide a sense of place and opportunities to create emotion for visitors of the place.