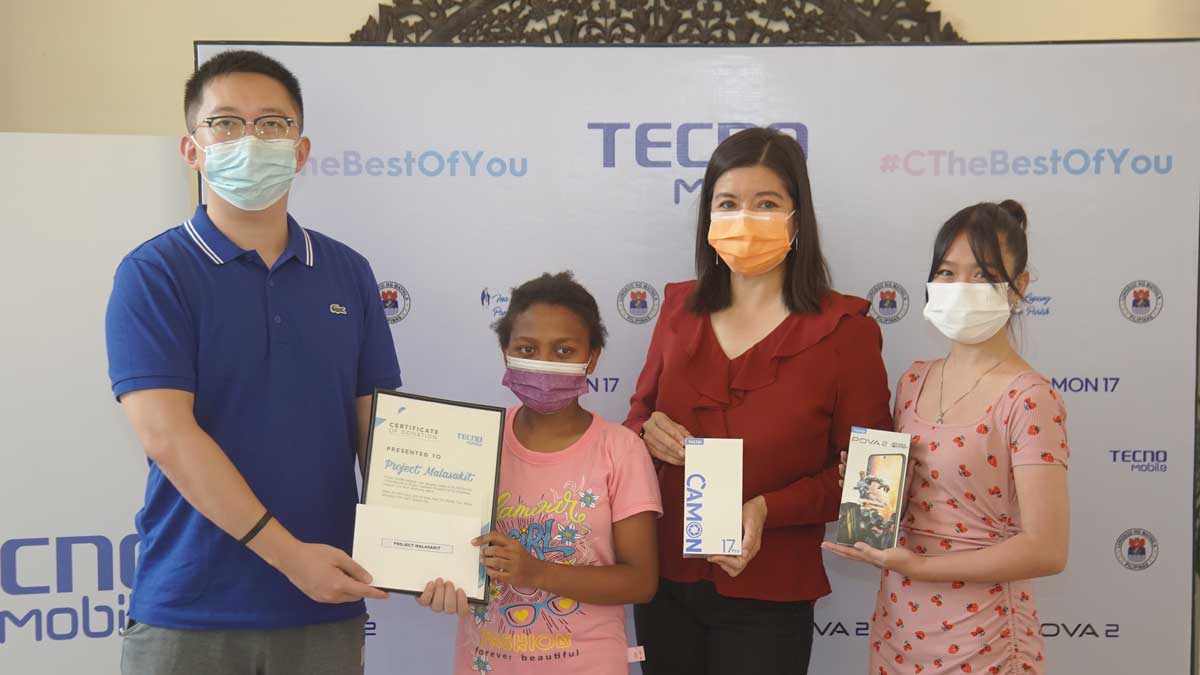 A year since entering the Philippine market, TECNO Mobile gives back to the community after the successful release of of its new mobile phone models, including the Spark 7 Series, Pova 2 gaming phone, and, most recently, the CAMON 17 Series.

Three partner beneficiaries representing three pillars of the community—the local government, civic groups, and the church—were the recipients of donations.

The first handover ceremony was held on July 13, 2021, at the Ina ng Lupang Pangako Parish Area in Brgy. Payatas, which is a known area for solid waste disposal.

TECNO Mobile Limited’s brand marketing director Jason Liang (L) donated PHP100,000 to the parish, along with 10 smartphones to be shared with hardworking parish volunteers, who tirelessly organize and facilitate activities such as community pantries, counseling, webinars, and online masses. The donations were received by Rev. Fr. Peter Hequillan, CM.

The PHP100,000 cash donation and 30 smartphones were received by Kara David, together with two of her scholars, Lilian Ambrocio and Mauwe Liwanag.

On behalf of his volunteer workers and public school teachers, he received PHP200,000 and 50 smartphones. 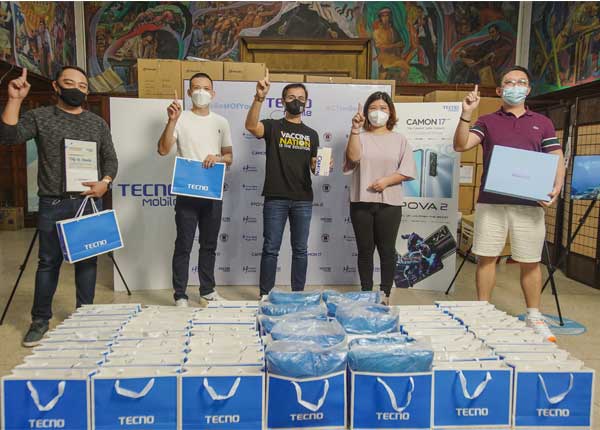 These handovers kicked off with an online photo exhibit that featured thought-provoking images capturing the beauty of life. They were taken by top local photographers using CAMON 17 smartphones.

A selfie advocacy campaign was also launched, encouraging the online community to get involved by sharing their own selfies for a cause.

Anyone can join by simply posting a selfie on Facebook. The photo must include a caption with a brief description of the advocacy, along with the hashtags #TECNOMobileCares, #CtheBestofYou, and #SelfieAdvocacy. The best photo and caption will be selected by TECNO Mobile representatives, and the winner will be awarded a CAMON 17 smartphone.

To stay updated on the latest news about the CAMON 17 series, as well as exclusive deals and promos from TECNO Mobile, be sure to like and follow TECNO Mobile Philippines. Visit www.tecno-mobile.com/ph to learn more about your favorite smartphones and gadgets.