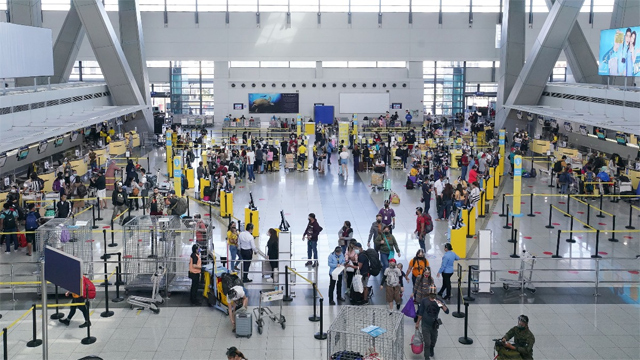 Technical issues on the morning of January 1, 2023 that suspended airport operations until the afternoon of that day.
PHOTO/S: Jerome Ascano

(SPOT.ph) A technical glitch shut down Philippine airspace on the first day of 2023, stranding hordes of passengers planning to return to work as early as January 3.

Also read:
My Flight Got Delayed Then Cancelled, What Do I Do Now?
The Ultimate Step-By-Step Travel Guide for the Airport Newbie

Here's what we know so far from official accounts.

What caused the NAIA glitch?

The Air Traffic Management Center of the Civil Aviation Authority was beset with technical issues on the morning of January 1 that suspended airport operations until the afternoon of that day, said Transportation Secretary Jaime Bautista.

A total of 268 flights were cancelled that day, ABS-CBN News reported.

That facility controls and oversees all inbound and outbound flights and overflights within Philippine airspace, said Bautista, who blamed a "problem with the power supply" for the issue.

As its name implies, the Air Traffic Management Center has the bird's eye view of all aircraft that move inside the country's airspace and its duty is to make sure that all flights proceed without incident.

Power distributor Meralco said there was "no trouble or issues" with its facilities that would cause the flight disruptions.

How about flights cancellations and delays?

Transport authorities and airlines advised passengers departing in the coming days to check the status of their flights before proceeding to the airport.

Bautista said the DOTr (Department of Transportation) was coordinating with airlines to provide food, lodging and rebooking or refund assistance for the stranded passengers.

Cebu Pacific advised passengers with flights until 11:59 p.m. of January 3 they could voluntarily postpone their travel and avail themselves of free rebooking or travel fund credits via the airline's website.

Philippine Airlines has an online request hub for travelers who are out of the Philippines and may not have access to phone lines without roaming costs.

At least one traveler told SPOT.ph that the virtual queue on January 1 ran to the hundreds.

Here are the flight cancellations on January 2, according to the Manila International Airport Authority: