Remembering Nida Blanca and her tragic death 18 years ago 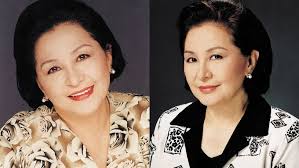 Today, November 7, 18 years ago, Nida Blanca's body was discovered in the backseat of her car at the carpark of a building in San Juan City.
PHOTO/S: File

This is being written on the same day that Nida Blanca was murdered 18 years ago.

Not that I wanted to do this piece. But whenever I’d glance at the upper right corner of my desktop computer to check out the time while working on a play, I’d also keep on seeing the date, like I was being prodded to remember.

My mother-in-law Armida and husband Carlitos had just celebrated their birthdays at the Hotel InterCon’s Bahia, the Sunday before. It was a free-for-all dance affair that very much needed the sparkle of dancer nonpareil Nida Blanca on the floor, so of course she was invited, as was her husband, Rod Strunk.

After all, Nida, Dory to close friends and associates, was part of Armida’s (short) tenure at the Movie and Television Review and Classification Board (MTRCB). Rod Strunk was also a close friend of Armida’s brother Chito Ponce Enrile.

Earlier in August that year, Chito and Toti, the youngest of Armida’s siblings, threw a Frank Sinatra sing-along for their joint birthdays, Nida and Rod were there, too. Armida brought me with her, and not once in that party did we ever think there was something wrong in the marriage.

Not then, not when Armida was still MTRCB chair and at the end of each review day Nida would wonder aloud what take-home dish to bring Rod as pasalubong. And certainly not during the Armida/Carlitos dance-o-rama of November 4, where after each boogie and fox-trot whatever, Nida would rush back to be with Rod, loudly saying, “Kawawa naman ang asawa ko, walang kausap!”

When early that fateful Wednesday, Maloli Espinosa of ABS-CBN (and also of Armida’s MTRCB) called me sobbing with the news, instructing me to make sure I’d be the one to personally inform Armida of the horrific death of our friend, I did so at once: “Mommy, huwag kang mabibigla. May nangyaring masama sa Tita Dory.”

My mother-in-law was hysterical. In spite of her hysteria, not once, not for a single moment did she think that Rod was behind the dastardly deed. She made her position clear to all who’d care to listen during the lamay at the White Plains Chapel, in the same village where Nida was a long-time resident.

That Dolphy loved Nida is a known fact. They were John and Marsha, Mr. and Mrs. Puruntong, for 17 years.

Check out “Case Unclosed,” where, despite her undisguised feelings against her mother’s second husband, Nida’s daughter Kaye Torres says there’s still so much to be found out.