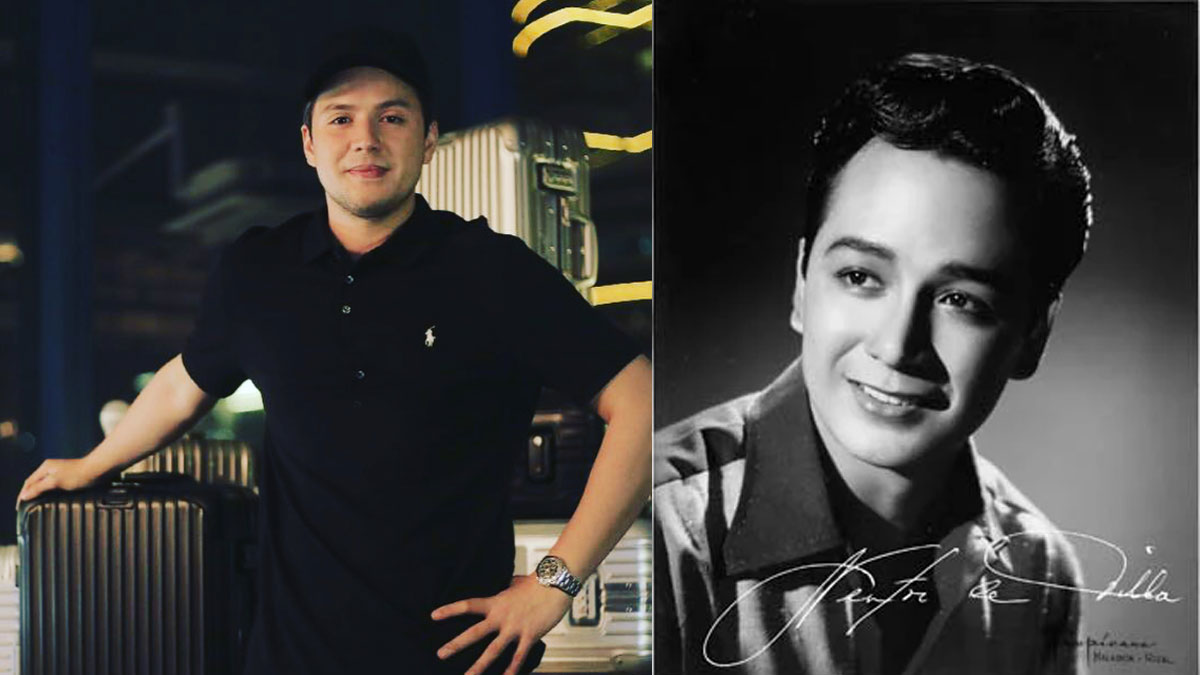 Paul Soriano is the son of Jeric Soriano, the eldest son of the late Nestor De Villa.
PHOTO/S: @paulsoriano1017 on Instagram/ https://hubpages.com/religion-philosophy/To-An-Unknown-Dad

From Nida Blanca, we go to Nestor De Villa.

THE tandem, way before there was a Guy & Pip, a Vi & Bot. Slightly ahead of the first Gloria Romero-Luis Gonzales team-up in Sampaguita Pictures’ Despatsadora in 1955, and perhaps eclipsed only by Dolphy and Nida’s pairing in television’s John & Marsha, a combination which also crossed over into movies where there’d also always be great dancing.

Old LVN and Sampaguita Pictures movies were aired on black-and-white TV, Tuesday nights, on ABS-CBN’s Mga Aninong Gumagalaw, through the process of telecine transfer from film to video, then kept in film cans temporarily archived in the ABS-CBN compound on Bohol Avenue until after shown, material sadly axed to smithereens by over-eager soldiers tasked to physically close the network down when Martial Law was declared in 1972.

Fortunately, most of us who saw those movies still remember.

Their show ran Thursdays at 8 p.m., opened with a fantastic dance number, had comedy skits in between, then ended again with a dance number. It was standard TV fare then, for Pancho Loves Tita, starring real-life husband-and-wife Pancho Magalona and Tita Duran had a similar format, as did Dolphy and Panchito’s Buhay Artista, all on ABS-CBN.

What now did Nida and Nestor have in common, aside from being fantastic dancers?

They both hailed from Nueva Ecija. She, from Gapan. He, from Cabanatuan.

Nestor stayed in the business for almost five decades, but briefly went into semi-retirement after his unsuccessful foray into politics, in the late 60s. It was in his photography studio in the family-run Bricktown Commercial Center near the QUAD Cinemas, that I got to interview him for my morning show with Jaime de la Rosa, sometime in 1981.

We were briefly interrupted by the arrival of Jeric Soriano, Nestor’s eldest son, then Lino Brocka’s assistant director for Burgis, starring Gabby Concepcion, Amy Austria, Johnny Wilson and Elvira Manahan. Jeric was fretting that Lino had again turned down the trailer script for the movie. Nestor suggested, “Why don’t you try Bibeth here? She also writes for TV.”

Try me, Jeric did. I wrote the trailer script right there and then. Jeric brought the script to Lino’s house. Lino liked it. 6 p.m. that day, Lino called me. He was looking for a script for Christopher de Leon, Dina Bonnevie, and Mark Gil, would I happen to have one?

That, dear folks, is how my first screenplay came about. Palipat-lipat, Papalit-palit got produced, thanks to Nestor de Villa.