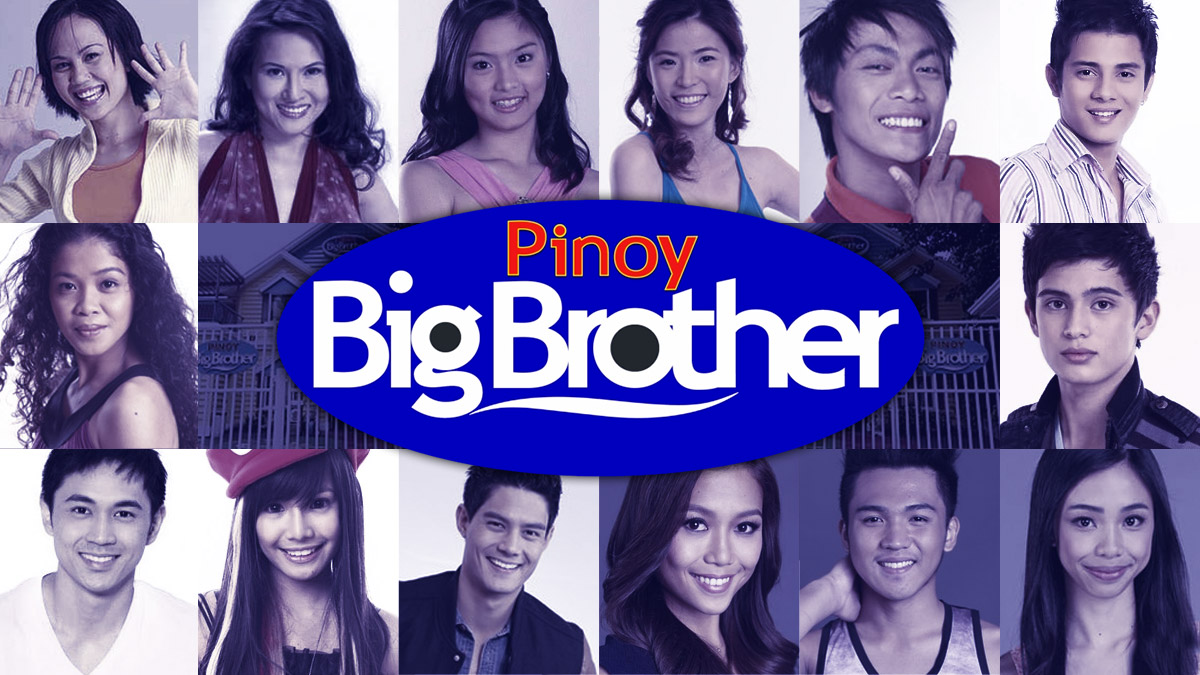 On August 21, 2005, millions of Filipinos watched as 12 strangers entered a house on Eugenio Lopez Street in Quezon City. The house had 26 cameras and countless hidden microphones, all primed to capture every action and conversation that will transpire among all these people for the next 112 days.

This was the pilot episode of Pinoy Big Brother (PBB), ABS-CBN’s adaptation of a popular reality franchise in Europe.

Bringing the show to the Philippines was a gamble, as this was the first full-scale reality show on local television. Kapamilya executives were not sure if an unorthodox format would be accepted by Filipino viewers.

But PBB was an instant hit from the get-go. The owners of the franchise, Endemol from the Netherlands, were happy when PBB got the highest premiere episode ratings across all of the Big Brother iterations in the world.

The first season of the Kapamilya reality show easily became the talk of the town. The show’s contestants, aptly called housemates, became mini-celebrities, and the viewers had strong opinions about their day-to-day actions. Every eviction night, a weekly event where one housemate exits the house, also glued Filipinos to their TV sets. They spent real money to vote for their favorite housemate via SMS, so they can prevent their eviction.

The PBB Season 1 finale was historic. Around 20,000 Filipinos trooped to the Clark Expo Amphitheater in Pampanga in December 2005 to watch the final episode live, while 3.9 million were glued to their television sets during the whole three-hour program. More than one million votes were also cast to determine the winner of the reality show.

The ABS-CBN bigwigs who were credited for this initial success were Laurenti Dyogi and Linggit Tan, who were then business unit heads for the Kapamilya network.

After the first season ended, Dyogi mentioned that Endemol had good feedback for PBB. In an interview with LopezLink, the monthly publication of the Lopez Group of Companies, Dyogi said: “They’re so happy with us. We consult them when the need arises, but happy sila sa Philippine production.”

He added that the moment he knew PBB was making its mark was when fans started trooping to Eugenio Lopez Street to take photos in front of the PBB house. “There were also so many people asking for t-shirts.”

Tan had an explanation why PBB’s first season was a success. She said that despite the controversies, PBB highlighted the charitable nature of Filipinos and their love for family.

“From experience, we have seen how the show effects changes in the lives of people. The show strikes a chord and brings out the good spirit. Heroes emerge, willing to help in any way they can,” said the TV executive.

She added that PBB was a good learning experience for Filipino viewers, because there were many lessons from the experiences of the housemates. “If only we learn and try to change ourselves, then baka umayos ang Pilipinas.”

PBB’s values-driven programming is what makes it unique from the other shows in Endemol’s worldwide Big Brother franchise. The most popular version is the one in the United Kingdom, which ran for 18 years.

British Big Brother was notorious for courting controversy to generate high viewership. Daily shows get high viewership if they feature intense verbal confrontations, full frontal nudity, and sex. Many houseguests (the term for housemates in UK) have been ejected due to physical violence or racism throughout the years.

The U.K. audience was also more brutal. They would attend the live eviction and loudly boo the evicted houseguest, if that person was unpopular.

One such unpopular houseguest was Sree Dasari from British Big Brother 9. He slashed his wrists weeks after exiting the house to a chorus of boos from the live audience. The public hated him due to his clashes with other housemates, so he got 85% of the total votes to evict.

Dyogi was aware of the notoriety of the U.K. series, and so he made sure to tone down the Philippine adaptation so that it would fit more conservative tastes.

“The Big Brother prototype abroad is risque. And if we copy everything from them, we will not pass MTRCB guidelines. It’s still a work in progress and I believe the potential is there and we can do a lot more with the show. It’s a process of continuous learning, we receive a lot of feedback and work from there,” he said.

They learned this lesson early on when the MTRCB or the Movie and Television Review and Classification Board, tasked to maintain decency standards in local media, had to suspend the airing of PBB’s first season for a day due to complaints from viewers that stemmed from an episode where two housemates, Sam Milby and Chx Alcala, were shown torridly kissing in the swimming pool.

The Filipino viewing public simply loves housemates who were decent, family-oriented and who hail from backgrounds they can relate to. Filipino viewers also love romance. Housemates who develop an onscreen partner in the house mostly get a positive reaction. Majority of the winners of PBB across all of its 13 already finished seasons had some or all of these qualities.

Many of these winners have turned their popularity into lucrative careers in showbiz. Some of them are:

Kim Chiu won the first PBB Teen Edition season in 2006 and is still one of ABS-CBN’s bankable stars. The audience sympathized with her story about her estranged father. She also bloomed when she got attached to a loveteam with Gerald Anderson while in the house.

Melai Cantiveros, who won PBB Double Up season in 2009, is a comedian and TV host. The audience rooted for her because of her brash personality, funny antics, humble origins, and her romantic interest, Jason Francisco, who is now her husband.

And lately, Maymay Entrata, a fast-rising star in the Kapamilya network, captured the hearts of viewers with her funny antics, her conviction to help her family to rise up from poverty, and her loveteam with Edward Barber. She was the winner of PBB Lucky 737.

The frontrunners of the latest season, PBB Otso, also possess this blueprint. Some housemates from this season, which airs every night in ABS-CBN’s primetime block, earned public support because of their humble origins or love for family.

Looking at the homogeneity of this list of winners and potential winners had given ammunition to the show’s detractors, who had continued to put up accusations that the winners have been pre-selected before their seasons have even started.

As an example, he mentioned that he wasn’t sold on putting Maymay in PBB Lucky Season 7, because he thought she will just turn out to be a clone of Melai Cantiveros. Fortunately, Maymay was able to become a housemate due to a twist, and she went on to impress Dyogi during her time in the show.

The director of the show also belied imputations that the events in PBB were scripted.

The Big Brother franchise, after all, is promoted as a social experiment. No one should be able to predict what will happen when strangers from different walks of life are forced to interact with each other in a closed-off environment.

This is where PBB takes it’s tagline, Teleserye ng Tototoong Buhay (Drama of Real Life), from. The drama is not scripted, and the winner is not predetermined by the network. It just so happens that the Filipino audience usually picks a similar archetype for the bida, or the protagonist, year after year.

Dyogi mentioned his belief that it is fascinating to witness these interactions between new housemates.

The controversial Big Brother in the UK shut its doors on November 2018, citing dwindling ratings. The audience simply moved on to more controversial fare.

As long as Filipino viewers can watch housemates who also have the same hopes, dreams and ambitions, then maybe PBB will continue to be a cornerstone in Philippine television.

Here are the winners of past PBB editions:

PBB All In Daniel Matsunaga