Matthias Rhoads is more than just an abs guy 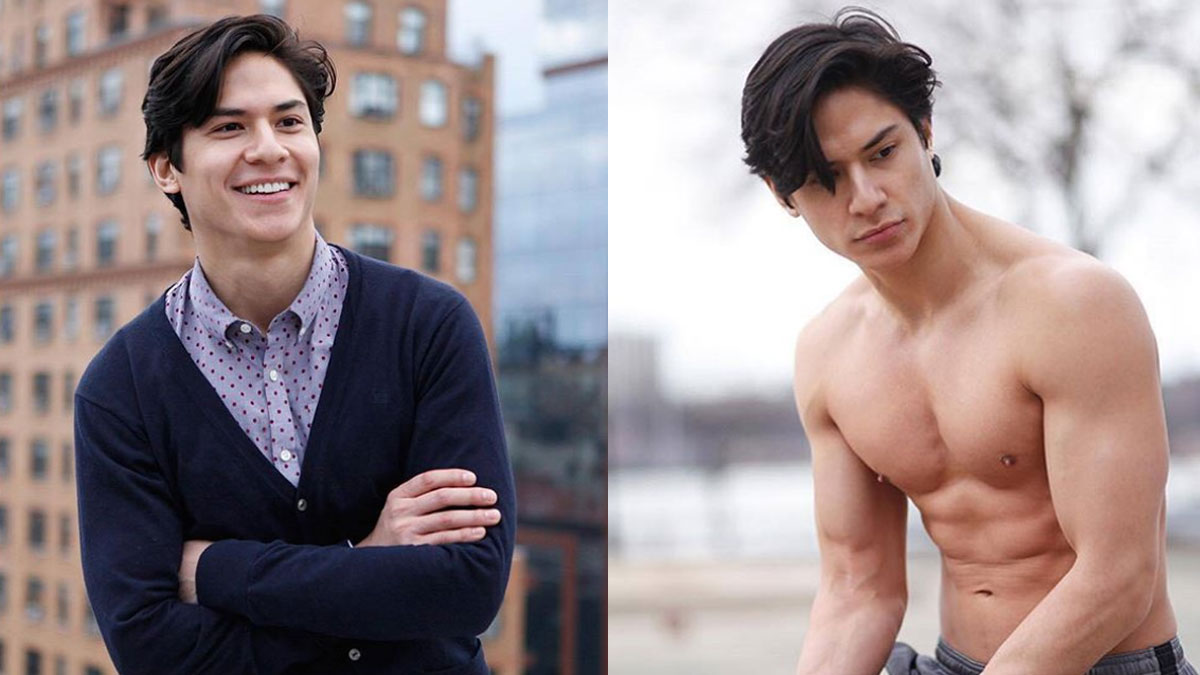 Matthias Rhoads used to have a nine-to-five job in New York City, until one day, he was asked to play Lapu-Lapu in a Philippine Independence Day parade.
PHOTO/S: @matthiasrhoads on Instagram

He is also a familiar face in the modeling scene.

But netizens probably best remember him as the "other guy" in the popular, heartwrenching Jollibee viral 2017 Valentine's Day ad.

Three years ago, this alumnus of the prestigious Savannah College of Art and Design in Georgia, U.S.A., had a stable corporate job in New York City.

His interest in showbiz was piqued after he was asked to play Lapu-Lapu (yes, the national hero, not the fish) during a Philippine Independence Day parade there.

“The day that I did that, I had this feeling in my heart, I have been praying for a miracle that I exit this office job which I wasn’t really in love with.

"I would always aspire to be a model and an actor, so outside of my nine-to-five job, I would apply to modeling agencies, work out or train or learn how to act.

They mistook him for a Kapamilya actor.

Matthias continued, “The audience thought I was Daniel Matsunaga. They thought that I was a Brazilian. ’Are you a Filipino?’ ‘You’re an actor here, huh? I think I’ve seen you.’"

"And then I said, ‘Maybe.’ And then eventually, all these people messaged me on Facebook saying they have connections to get me in.

So Matthias came here, signed up with an agency, and got his first exposure in Daiana Menezes’s model reality search show, The Fiercest of Them All.

This led to a string of commercial modelling jobs, and got his biggest break in the Kwentong Jollibee viral video “Vow,” where he played “the mean guy, who comes and steals the one who got married."

That led to his being a Kapuso actor.

He recalled, “That was when GMA gave me a better offer, better shows. I did that for two and a half years, and then I felt that this was a good direction.

"So that’s my time here in a nutshell.”

MATTHIAS RHOADS AS A "PHood DUDE"

But not too many are aware that Matthias is also a self-confessed foodie.

Now representing the Philippines in the Asian Food Channel, Matthias is thrilled to combine two things he is very passionate about as producer and host of food editorials in short digital format.

At the TLC Festival where he was one of the celebrities, Matthias was excited about his “new job” and “new thing.”

He told PEP.ph (Philippine Entertainment Portal) in an exclusive interview, “This is the first year I’ve ever had an affiliation with TLC but actually it’s direct, with Asia Food Channel.

"I had this character called 'PHood Dude,' and they’re allowing me to use my 'PHood Dude' in the episodes.

"I find out the best places in Bacolod to get the best flavors you can’t find on the internet. So, I’m using my friends and whoever knows where’s the best to find out whatever it is. It’s like a vlog format, a one man show kind of thing."

He seems to have found his niche as AFC’s PHood Dude and do something that he can truly call his own.

“Thanks to AFC and TLC because those are markets that I’ve never tapped. And I’m excited because I get to show my personality and my creativity more because I’m controlling everything. It’s all mine. I’m doing the editing, doing the taping, I just have one other person who does this for me, the one doing this, my lapel mic, my camera. So, it’s really, I’m like the one stop shop,” he enthused.

Matthias said while the short format of his videos can be limiting on television, he’s thrilled that he can actually extend his show when they’re posted on social media.

“I’m going to put my full, extended cuts. So, they want it to be a certain very short but for me, I’m going to do it for eight minutes or for how long I want a story to unfold and that will be on my YouTube channel, Instagram and even Facebook,” he further revealed.

Matthias intends “to further explore the Philippines as the PHood Dude, and look for those unique hole-in-the-wall places that are underground or even catch the food trends while they’re coming about.”

He continued, "Right now, AFC is a great thing for me and I’d like to really focus on this. If there was any creative way for me to do fit foodie stuff and also do a different character, if that opportunity comes or if I write the script, maybe it’s pretty cool, I’ll try it out. Acting meets eating food."

As far as he can remember, Matthias has always been on the lookout for good food, even as a young boy.

"So, I would just... I wanted to learn about culture through the food and eventually with travel and with certain family members that I have who know a lot about French cuisine or Italian cuisine or high-end or low-end, I would just be a sap for this knowledge of food as a teenager and as you get older, you start to really memorize everything, remembering why a certain culture have certain flavors,” he related.

MATTHIAS RHOADS AS THE ABS GUY

Though he likes to eat a lot, he’s also big on working out, which also explains why he always looks physically fit.

He told PEP.ph, “You have to have a balance, and I think that it’s possible to be a fit foodie because if you’re going to be looking for delicious food and eating all the time, you have to be working out good or else it’ll go one way or the other."

Cooking, particularly healthy cooking, has also become his passion as of late.

“I love to cook and these days I like to cook healthy. But when I started out, it was all pastas, delicious and hearty, but also a lot of carbs.

"These days, I like cooking meat and preparing salads and or greens with lots of rich nutritients, like ampalaya, spinach and okra.”

With regard to acting, Matthias said he remains open to it, but would like to do something more challenging like “Jim Carrey doing some crazy stuff that’s kinda inspiring for me or Sacha Baron Cohen doing something.

If Matthias does get to finally have his big screen break, one particular actress that he would like to be his leading lady is Roxanne Barcelo, who incidentally is also a fan of good food.

“The first time I did one of my PHood Dude episodes, I saw her at my friend’s place, and it was the same place. That place serves Cansi, which is a huge bone marrow soup with batuan from Bacolod. So, she’s the one that first comes to my head,” he concluded.