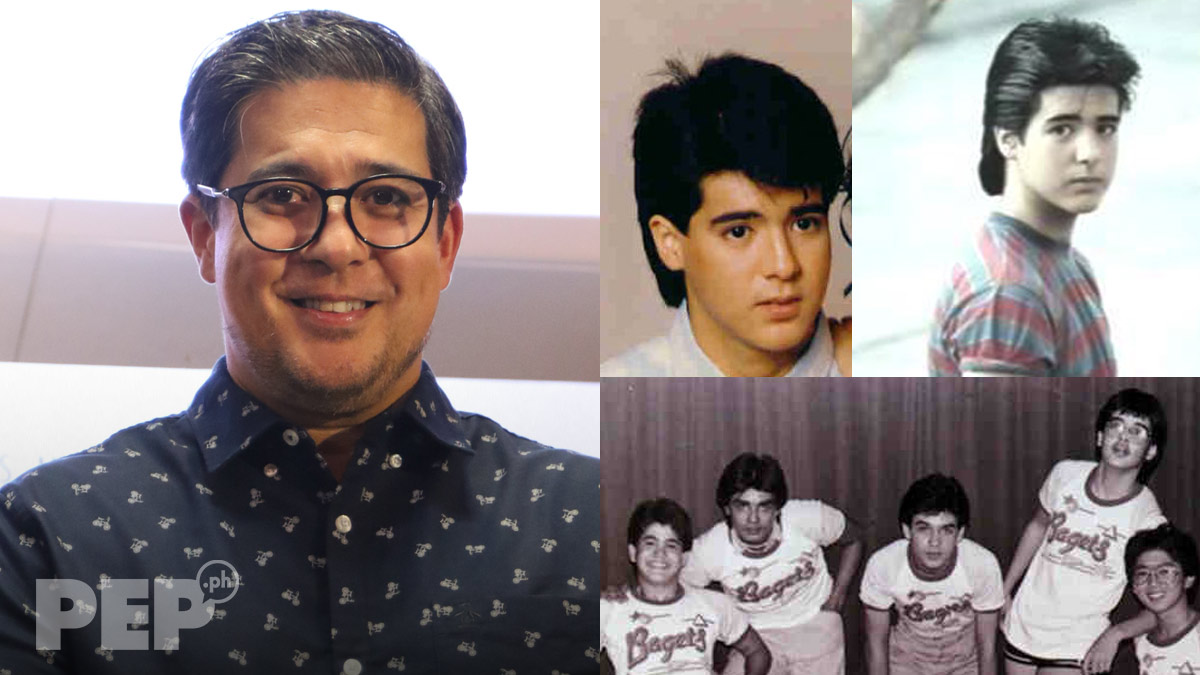 PEP.ph looks back at the showbiz journey of Aga Muhlach: from being a teen heartthrob in Bagets to having a flourishing career today.
PHOTO/S: Noel Orsal (left frame)

The 1984 coming-of-age movie Bagets featured the song "Just Got Lucky," which is an apt description of how the hit movie's stars became famous almost overnight.

One of those stars was Aga Muhlach.

FROM TEEN HEARTTHROB TO TEENAGE DAD

Ariel "Aga" Aquino Muhlach was born on August 12, 1969. He is one among nine children of the late producer Alvaro "Cheng" Muhlach, and is siblings with fellow actors Arlene, Almira, and AJ. His artista pedigree also includes aunt Amalia Fuentes and cousin Niño Muhlach.

He began acting at six years old under the name "Ariel Muhlach" in the film May Isang Tsuper ng Taksi. He was also in Aguila, a movie starring Fernando Poe Jr. and Christopher de Leon.

But it was his breakout role in the teeny-bopper '80s movie Bagets that catapulted him to heartthrob status at the age of 14. The movie was also the launching vehicle of William Martinez, JC Bonnin, Jobelle Salvador, Yayo Aguila, Herbert Bautista, Raymond Lauchengco, Cheska Iñigo, and Ramon Christopher Gutierrez. 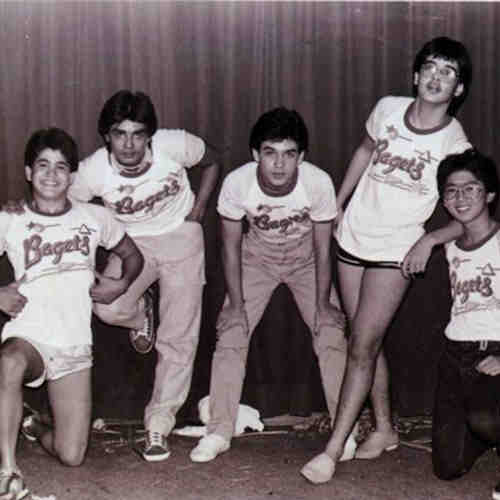 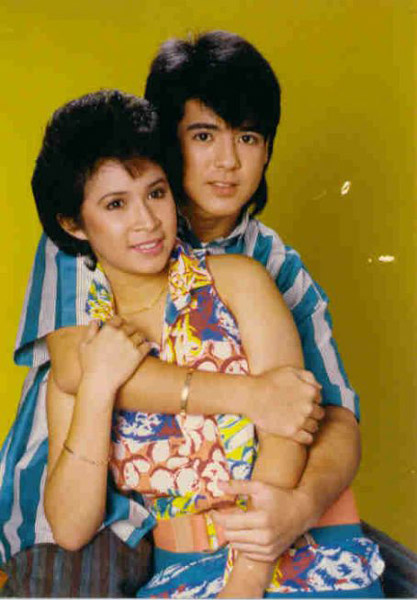 He followed this up with an award-nominated turn as the titular character in Miguelito, Ang Batang Rebelde, where he played a rebellious teenager. Aga soon stopped pursuing a Commerce degree from San Beda College to focus on his showbiz career.

He was paired in a loveteam with Janice de Belen, and they co-starred in the movie Super-Wan-Tu-Tri (1986). It wasn't long before it was revealed that Janice was pregnant by Aga. They were both 17 years old.

In an interview with the late Inday Badiday, Janice famously said: "God was with us when we did it."

Aga offered to marry her, but she turned him down, saying they were much too young to tie the knot.

In 2017, Aga clarified on the ABS-CBN morning show Magandang Buhay, "Si Luigi was not—and never—an accident. Janice and I, at that time, planned it really."

Janice raised Igi Boy, who is now a chef and has four children with wife Patricia Petil.

ROMANCING LEADING LADIES ON- AND OFF-SCREEN

In 1992, Aga co-starred with Lea Salonga in Bakit Labis Kitang Mahal. Fans so loved seeing them together, they were again paired up in Sana Maulit Muli (1995), for which Aga won a Gawad Urian Best Actor award.

At the time, audiences were kept guessing whether their onscreen romance went from reel to real. However, in a 2018 interview with ABS-CBN.com, Aga clarified, "Lea and I have always been friends. It was never on. We've always been good friends."

The Aga-Lea reunion movie was rumoured to have been in development in 2015, but an announcement in 2017 confirmed the project had been cancelled. Lea has said that she wants to see Aga "in fighting form" and, just this year, she said she wanted to hear "real clamour" for them to team-up again onscreen.

One onscreen romance that led to something more was between Aga and Aiko Melendez. The two worked together on May Minamahal (1993), and Aiko was 18 years old. Aga was her first boyfriend.

According to Aga, they were both busy at the time, so it was a short-lived relationship.

He went on to star with Miss Universe 1993 Dayanara Torres, who endeared herself to Filipinos while she was in the Philippines to crown her successor, in the romantic drama Basta't Kasama Kita (1995). They were in a relationship for three years, but things ended when Dayanara returned to her native Puerto Rico and Aga chose to continue his flourishing acting career.

As Oki Doki Doc came to a close, a new chapter in Aga's life was starting and it had Bb. Pilipinas-Universe 1994 Charlene Gonzales starring as his partner for life. The two had known each other for a while and were friends, but nothing romantic existed between them until much later.

Less than a year after Aga proposed to Charlene in Singapore, they were married in Baguio City on May 28, 2001. They celebrated their 18th wedding anniversary early this year, posting sweet messages to each other on their respective social media accounts.

They were blessed with twins Andres and Atasha, who are both set to start college next year: Atasha will study in England while Andres will pursue his degree in the U.S.

Asked if the twins will be allowed to follow in their parents' footsteps, Aga said he and Charlene want them to finish their studies first. "When they're in their 20s, they can decide if they want [to enter showbiz] or not," he added.

For now, the twins join their famous parents in endorsing Jollibee, as the family stars in the fast food chain's Mula Noon Hanggang Ngayon TV commercial. 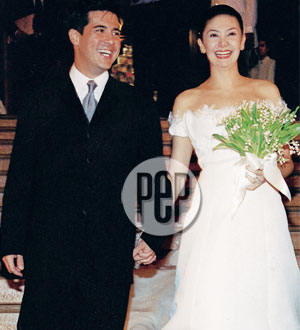 In March 2011, ending months of speculation, Aga made a not-so-shocking announcement: after more than a decade with ABS-CBN, he had signed a three-year contract with the new TV5.

He said, "I really want to stay with 5 because I'm here now, and mahirap namang magpalipat-lipat. You only do it once, so this is it!"

He became the host of the edutainment show Pinoy Explorer and then, in 2013, of Let's Ask Pilipinas.

In 2014, soon after Megastar Sharon Cuneta left TV5, Aga followed suit. Two years later, he returned to ABS-CBN, signing a contract and appearing as a judge on the reality show Pinoy Boyband Superstar.

In 2013, Aga made a bid to be elected as representative of the 4th district of Camarines Sur.

His foray into politics was not without real-life drama. Aga and Charlene's names were removed then reinstated on the voters' list in San Jose because they did not meet the six-month residency requirement to vote. The matter was elevated to and decided on by the Court of Appeals.

The residency issue and a complaint filed against Aga regarding his citizenship almost caused his disqualification. The complaint alleged Aga applied for Spanish citizenship, renouncing his Filipino citizenship in the process. But this petition was dismissed by the Commission on Elections (COMELEC) for lack of sufficient evidence.

On March 30, 2013, an explosion rocked Aga's boat while it was near Caramoan. Aga and his family were not on the vessel, but the pilot and guide were injured.

Eventually, Wimpy Fuentebella, of the long-ruling political clan, beat him by more than 2,200 votes.

After his failed bid, Aga revealed to Rappler, "Pero kahit na natalo tayo, it doesn't mean that I will not fulfill my promise to these people... I am setting up my own way to provide [assistance]. It's my own little way of saying 'Thank you' to these people who gave their time and effort to help me during my campaign."

He soon filed an election protest against Cong. Fuentebella for tampering with the CF cards in the voting machines. He also asked the COMELEC to declare a failure of elections in the said district and sought for a recount.

Cong. Wimpy countered by alleging Aga's camp was involved in massive vote-buying. After more than a year, both Aga and Cong. Wimpy filed a joint motion asking the House of Representatives Electoral Tribunal (HRET) to dismiss the cases they filed.

After a hiatus—he admitted in an interview with CNN Philippines that he got burnt out—Aga made his way back to the big screen by starring in the family drama Seven Sundays (2017). The film also starred Dingdong Dantes, Cristine Reyes, Enrique Gil, and Ronaldo Valdez.

A year later, he went back to his romantic drama roots in First Love, co-starring Bea Alonzo. The movie was filmed in Vancouver, Canada, and was directed by Paul Soriano.

He and Bea came under fire after they were guests on ABS-CBN's Gandang Gabi Vice, when they lambasted Sen. Trillanes for criticizing the government. "Just help. No, it's exhausting sometimes. All presidents have been criticized. This president is doing his job. A lot of people are unhappy but my point is whoever is also in power should also help."

Early this year, he reunited with his Sinungaling Mong Puso (1992) co-star Alice Dixson in Nuuk (2019), an indie psychodrama set in Greenland.

Now 50 years old, Aga showed his vulnerable side in a recent interview with Esquire Magazine, where he looked back at his colorful and storied life largely spent under the spotlight. The stardom brought about by his star-making turn on Bagets changed him from being a virtual nobody to notoriety—and he admitted to being overwhelmed by it all.

In May 2018, his father Cheng died of cardiac arrest at the age of 71. In October 2019, his aunt Amalia Fuentes, to whom he was close, passed away. Aga was quoted by Rappler.com as saying (addressing her): "You have taught me so much!"

The fame may have been overwhelming, but Aga has clearly put the lessons he learned to good use as his career continues to flourish to this day.

In a departure from the romantic leading man roles he is known for, Aga plays a mentally-challenged man who wants to reunite with his daughter, played by Xia Vigor.