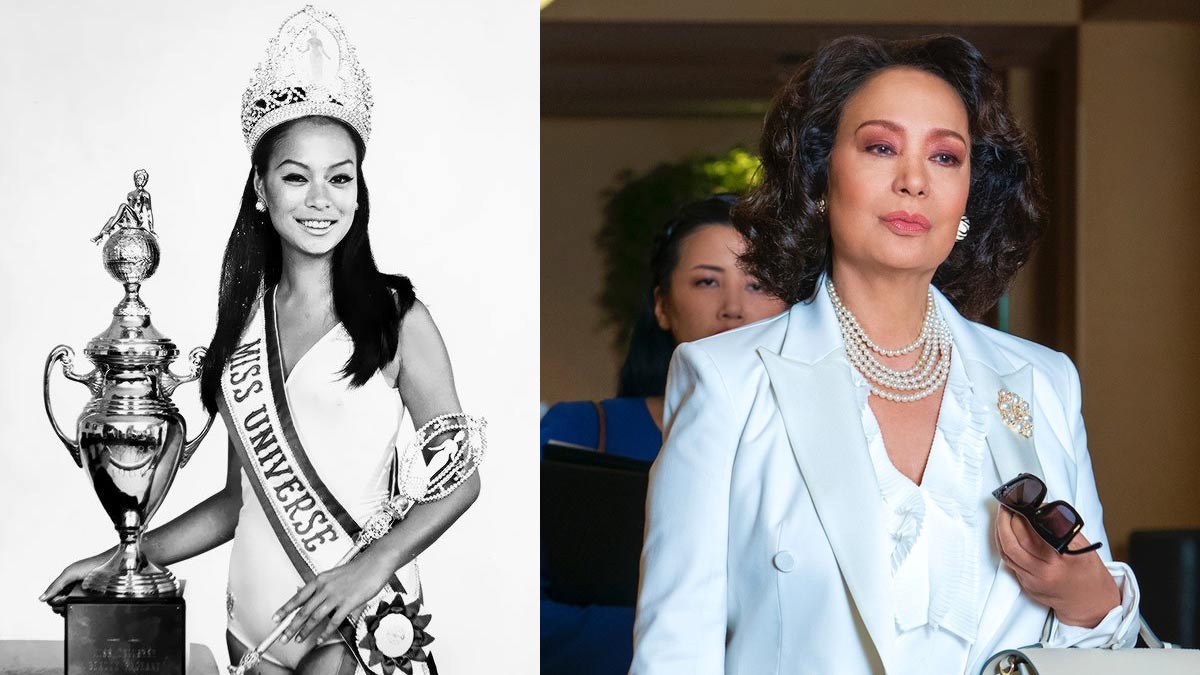 In October 2019, Gloria Diaz made headlines after she was introduced as a part of the cast of the second season of Insatiable. Airing on Netflix, the show is a dark comedy series about beauty pageants.

The Netflix stint was among many other instances the 68-year-old actress made headlines, as she has stayed in the spotlight ever since she won the Miss Universe crown 50 years ago.

Here are four other moments that put Gloria Diaz on the front page:

Gloria quickly became the audience favorite during the live telecast of the 1969 Miss Universe pageant held in Florida. The 18-year-old girl from the Philippines was brilliant to watch: not only did she captivate with her beauty and height, but she also won over the viewers with her quick wit.

Gloria was unbothered when the host asked about her large family. “It’s like a small family. Everybody goes on their own ways. They just come back during lunch, dinner and breakfast,” she said.

Then the host challenged her to name her nine siblings, and Gloria’s rejoinder made everyone smile. “Alphabetically or according to rank?” she asked the host.

The audience was amused once again with her answer during the question-and-answer portion. The host asked what entertainment she could offer to the men on the moon if they landed in her hometown.

She responded, “Oh, just the same things I do. I think if he has been on the moon for so long, I think when he comes over he wants to change, I guess.”

The judges gave her the Miss Universe crown after that, and the rest was history. 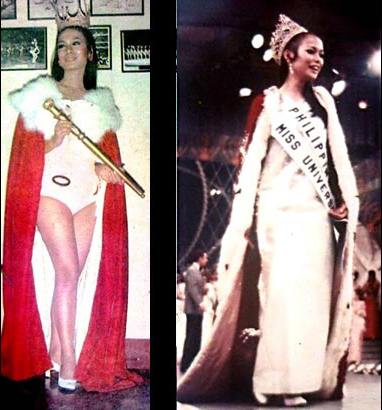 In 1974, Gloria shocked everyone with her movie debut. She starred as a temptress of men in Ang Pinakamagandang Hayop sa Balat ng Lupa, directed by Celso Ad. Castillo and produced by Gemini Films.

In the movie, Gloria played Isabel, a rape victim who realized she can use her beauty to take revenge. The island lass recruited the men in her town to help her, and they followed her like they were under her spell. Because of this, the other women went insane and banded together to murder her.

The controversial film marked Gloria's turn from meek beauty queen to seductive actress, and the showbiz industry took notice of her acting skills. She was nominated in the Best Actress category of the FAMAS for this film. 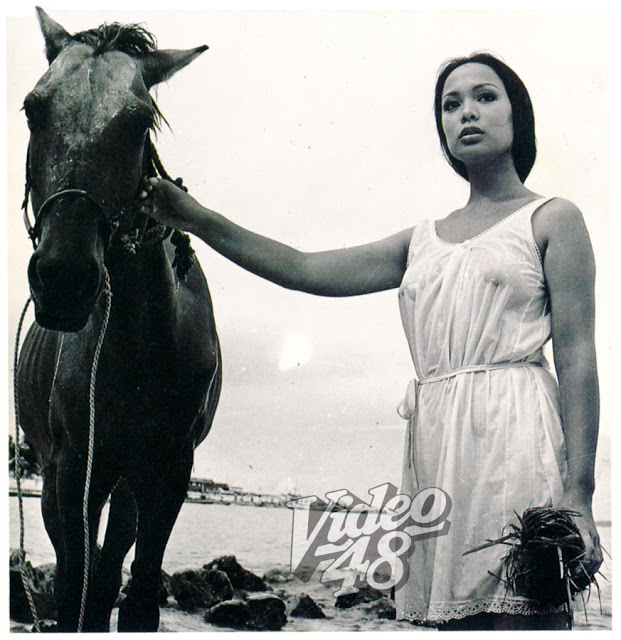 Gloria’s Best Actress award for her first movie role led her to pursue more meaty roles in movies and television. To date, she has appeared in almost 50 films and more than 20 TV shows.

She won the Best Supporting Actress award in the 1998 Metro Manila Film Festival for playing Teodora Alonso in the historical bio-pic Jose Rizal.

In 2002, she won another Best Supporting Actress award, this time from Gawad Urian, for Batang West Side. Here she played Lolita, the mother of a young Filipino man who was murdered in the United States.

She earned the FAMAS Best Supporting Actress award in 2006 for her role in Nasaan Ka Man. In this tragedy, she portrayed a spinster who adopted three children.

Then in 2010, she won another Best Supporting Actress award from FAMAS for Sagrada Familia, a movie that tackled incest.

Not all the top news about Gloria were positive. In 2010, she figured in a national controversy because of her statement about that year’s Miss Universe pageant.

Venus Raj was the Philippine candidate that year. During the Q&A portion of the pageant, Venus uttered “major-major” while giving her answer.

Gloria commented on this faux pas in an interview with TV Patrol. She said Venus could have used an interpreter instead of speaking English.

"Kasi, when you think about a Cebuana can hardly speak English and, of course, Tagalog, maybe she should answer in Bisaya," said the actress.

This interview incurred the ire of Cebuanos, and even Rachel Del Mar, the Cebu City Representative at the time, expressed her disappointment.

Shortly thereafter, the Vice Mayors League of the Philippines-Cebu issued a resolution that declared Gloria persona non grata in Cebu.

This turn of events caused Gloria a lot of distress. In an interview with PEP.ph (Philippine Entertainment Portal), she maintained that she did not intend to be hurtful.

The beauty queen also insisted her interview was not edited well.

"Meaning, may kadugtong, before and after. What I was saying actually was, yes, we need a translator, because all of us somehow are more comfortable in certain languages or dialects,” she said.

She continued, “My exact words were, 'Yes, I think we need a translator, like if you're a Cebuano, and you're not very good in Tagalog or English, I think you could speak Bisaya.'

In the end, she was firm in saying she should not give an apology.

“I don't know if public apology is the right word. I am saddened, I am disappointed, I'm overwhelmed, but I think the one who should do public apology are these people who jumped on the wagon and said I insulted them,” said the former Miss Universe.

Gloria’s showbiz career continues to flourish. In November 2019, she was cast in the Star Cinema hit Unbreakable, where she played a strong and strict matriarch.

And yes, she did get a once-in-a-lifetime role in Insatiable Season 2. Here, she portrayed Gloria Reyes, a legendary beauty queen who used intrigue and cunning to win a major pageant.

Gloria did not expect to be a part of any international show, so she was pleasantly surprised when she received the call from Netflix.

“I thought it was a mistake,” Gloria said in an interview. Once on set, she became comfortable playing an intimidating pageant icon.

“It was intensely fun to play it,” she added.

Watching Gloria in her Insatiable episodes was satisfying. She was ice cold and her presence was threatening, but she still carried a silent charm that disarmed the other characters.

Her best line was delivered to Patty, the protagonist of the show, who was accused of murdering a pageant rival.

Gloria's character said she was impressed because it was something they had in common.

“The night before I won Miss Universe, everyone was talking about how my father was the leader of the most notorious gang in the Philippines. And if anyone beat me, they will meet the wrong end of a machete… Everyone was so terrified of me, they couldn’t focus. That rumor helped me win.” Gloria’s delivery was on-point.

Will the Filipina celebrity be a part of the third season of Insatiable? It’s more than likely, because her story arc is not yet done.

Will we see Gloria in more Hollywood shows?

Let's see, because nothing is impossible for this award-winning actress and beauty queen.