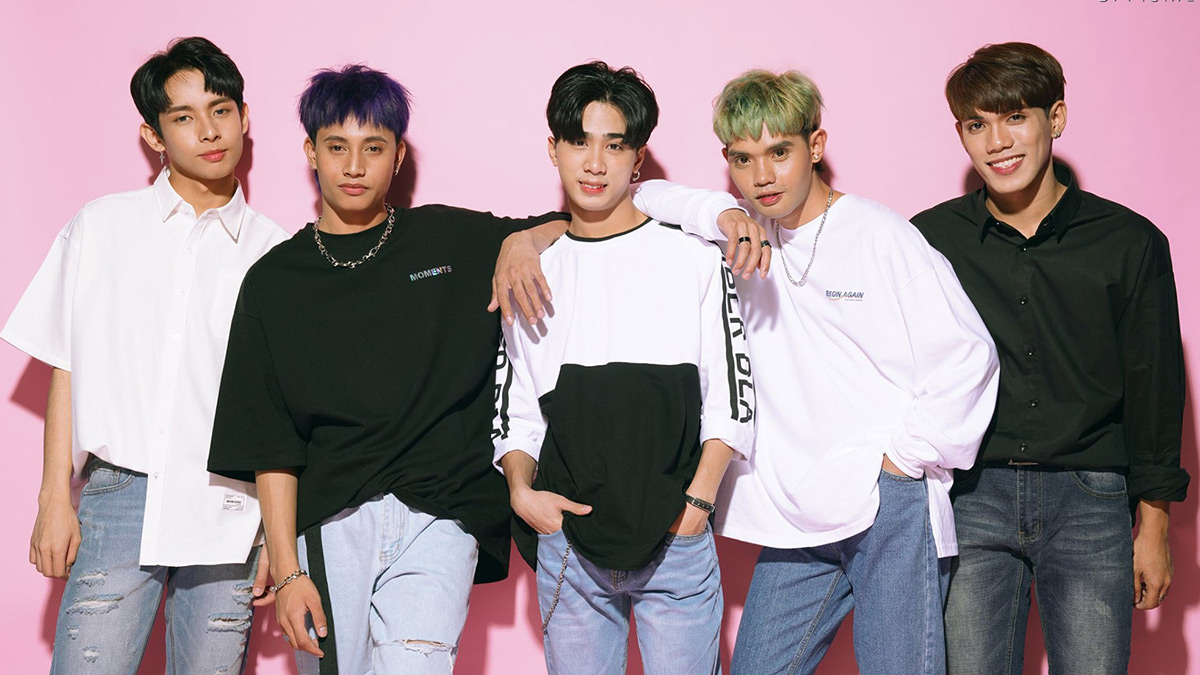 PEPtionary
SB19: The future of P-pop is here 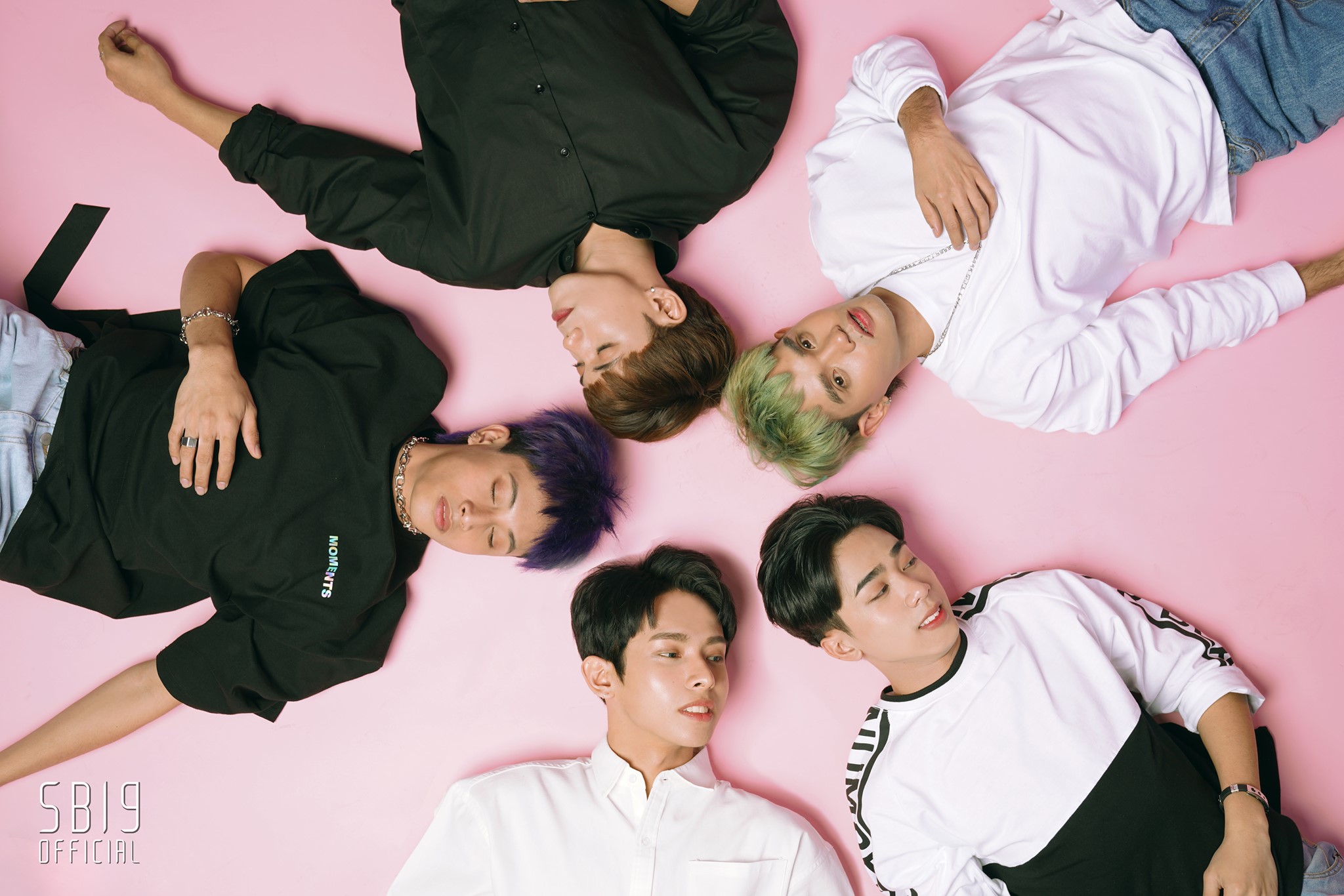 Over the past few months, SB19 has been capturing the attention of OPM fans and even the international media for their catchy tunes, angelic voices, and powerful dance moves.

SB19 is a Pinoy-pop (P-pop) group composed of Ken, Josh, Sejun, Justin, and Stell. They are the first Filipino group who trained under ShowBT Philippines, a Korean entertainment company.

PEP.ph (Philippine Entertainment Portal) learned more about the boys during their press conference for their latest single, "Alab," held on January 10, 2020 at the Novotel Hotel in Quezon City.

The idea of training Filipino talents in Korea started in 2016.

Charles Kim, CEO of ShowBT Philippines, said in a 2018 press conference of SB19 that hundreds of aspiring talents auditioned for the chance to train with their company.

Charles told the press, "We auditioned around 300 very passionate [talents]... And then we chose I think around ten. And then from ten, we cut it, cut it to five boys, which is now SB19."

That is how SB19 was formed.

According to Charles, the "SB" from the group's name stands for ShowBT. As for number 19, he explained, "We always want to be 19 years old."

For the members, SB19 has a different meaning.

Sejun told KStreetManila.com, "We had another meaning to SB—Sound Break. As a group, our main goal is to break into the music scene and to raise the bar for all the boy groups here in the Philippines.

And just like K-pop idols, ShowBT also has strict rules for SB19 to keep their image squeaky clean.

"They come on time every time. If not, there are penalties... We really implement all the Korean way."

On January 10, Robin, or Tatay Robin to fans of SB19, also revealed, "No cigarette, no drinking, no girlfriend." 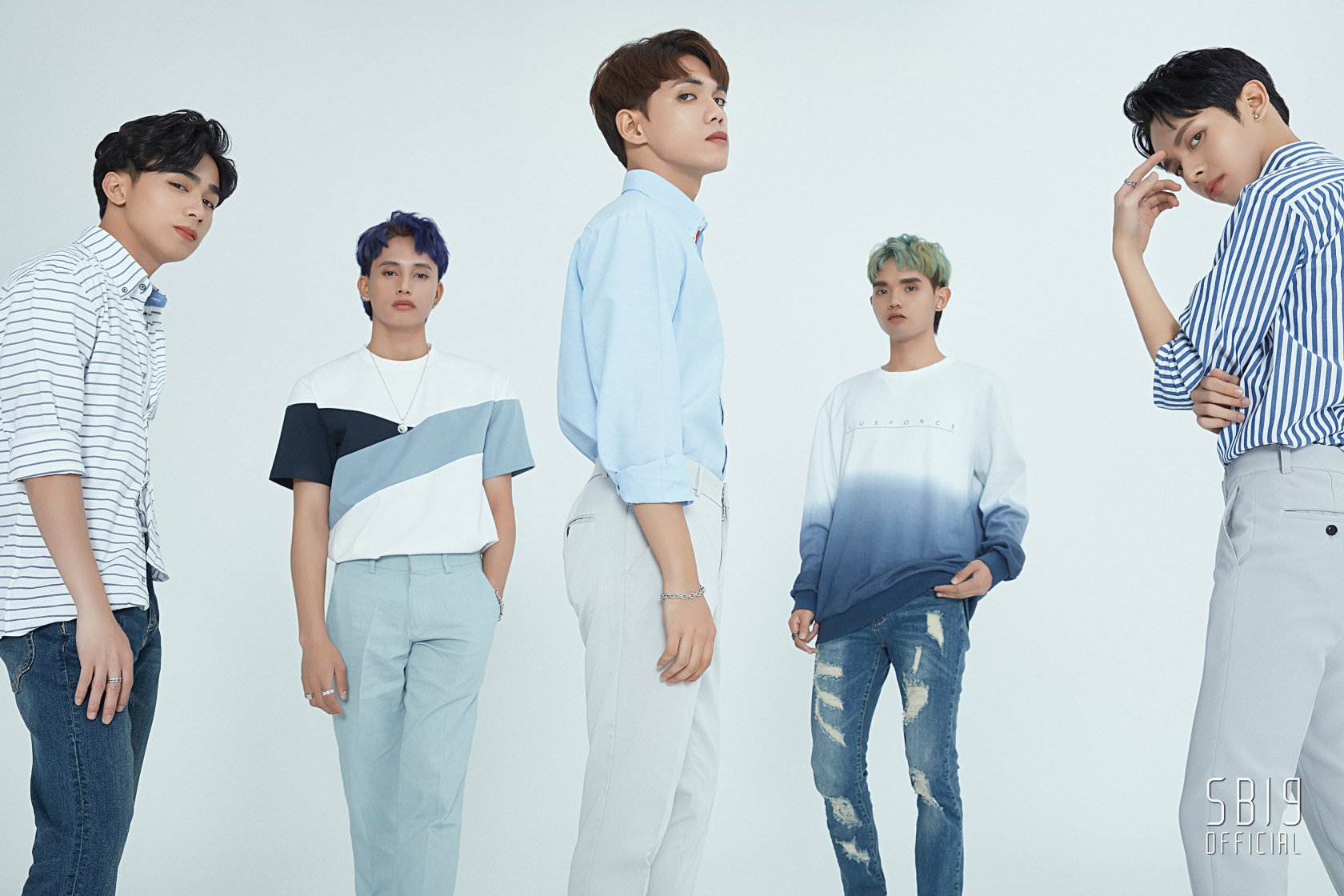 Ken, Josh, Sejun, Justin, and Stell's trainee period was not a walk in the park.

In a separate interview with i-Witness, Josh said they spent at least nine hours a day in rigorous training camps to help improve their performance and move as a team. 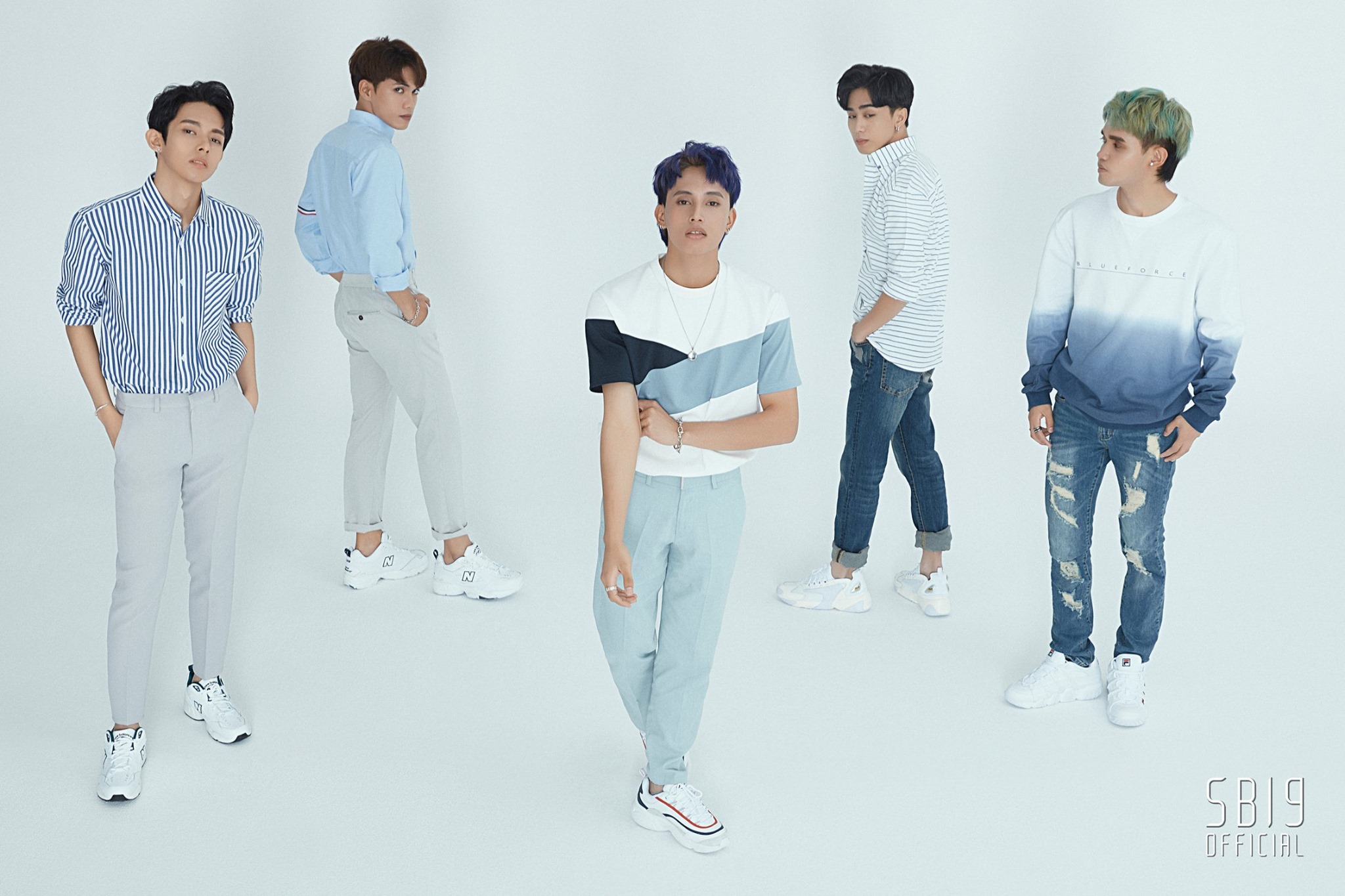 SB19 started performing in Korean-Filipino events and festivals as a way to introduce themselves to Filipino K-pop fans.

In August 2018, the group even opened the stage for K-pop girl group Momoland at an exclusive event in Solaire Resort & Casino.

In July 2019, SB19 reaped the fruits of their hard work through their sophomore single "Go Up." Their comeback song went viral a few weeks after the music video was released on YouTube, with netizens praising the group's impressive vocals and synchronized dance moves.

It was later revealed that the members of SB19 were the ones who wrote the lyrics of the song. They also worked with Korean music producer Lee Oh Won, who has produced songs for top K-pop acts such as TVXQ, Kim Jae Joong, Stray Kids, and Wanna One. At press time, "Go Up" has over 5 million views on YouTube.

Just like other K-pop groups, SB19 also has its own official color and official fandom name. During a livestream in November 2019, members of SB19 revealed they chose sky blue as their official color to represent their "confidence and sincerity."

As for their fandom name, SB19 picked the word "A'TIN" (pronounced as "eighteen"), which suggests the group wouldn't exist without their fans.

SB19's popularity reached international status and they made history for being the first Filipino act to debut on the Billboard Social 50, a weekly "ranking of the most active artists on the world's leading social networking sites."

The group debuted on the 28th spot of the said chart last week. A week later, their ranking jumped to the 19th spot. Last weekend, SB19 climbed up to the 17th spot, beating American pop superstar Rihanna and K-pop icons Super Junior.

At their January 10 press conference, the group said they still feel overwhelmed by the massive support they received from their fans since the release of "Go Up."

With such a strong fanbase, the group makes sure that fame won't go to their heads. 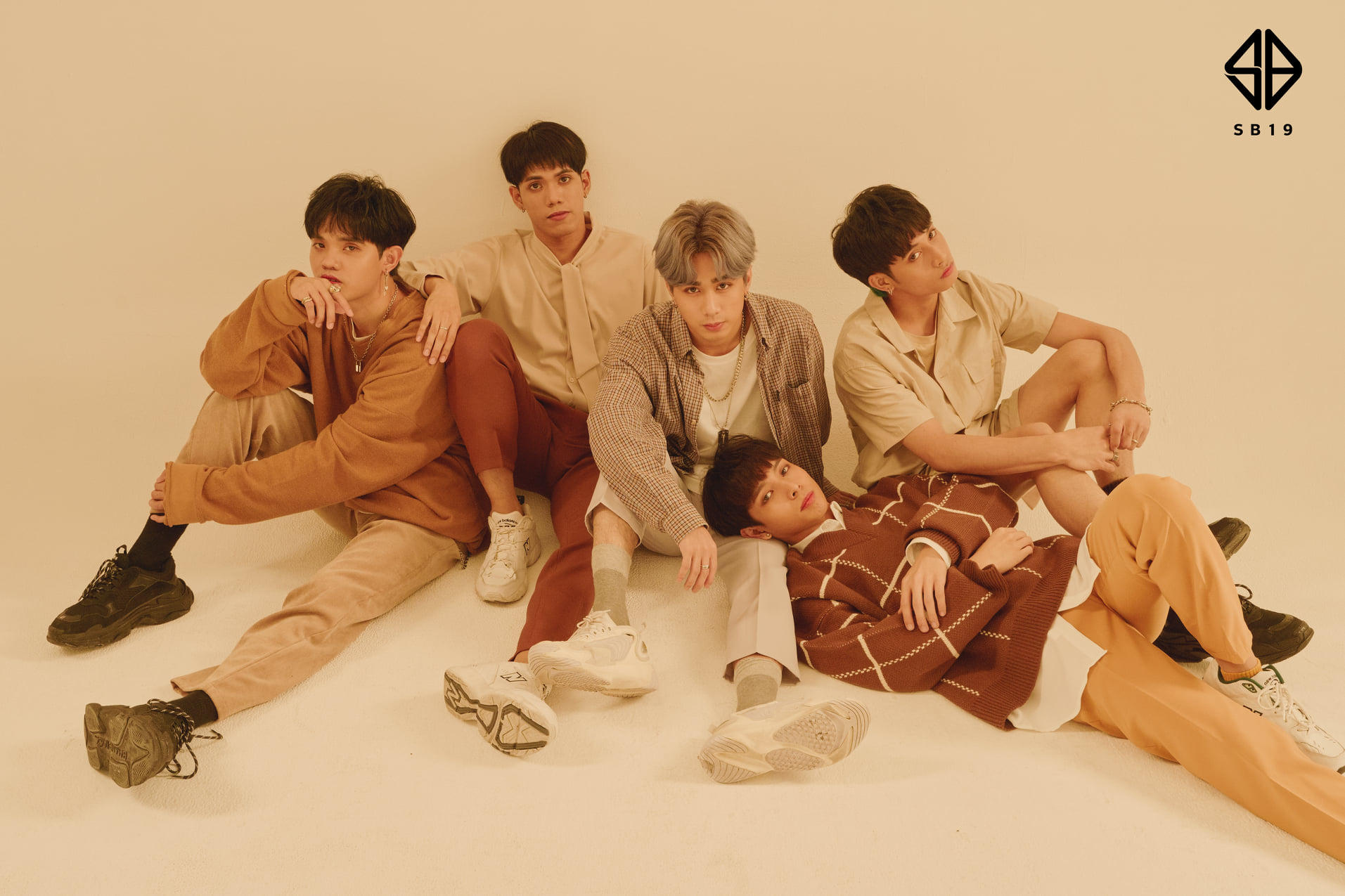 SB19 NOW AND BEYOND

Currently, the members of SB19 are busy promoting their third single "Alab," their biggest hit to date. In the two weeks since its release, SB19's music video for this song has been viewed over 2.4 million times.

SB19 members are also working on their full-length album under Sony Music Philippines. The album titled Get In The Zone is expected to be released this March. The members also getting ready to visit key cities around the Philippines as part of their SB19: Get In The Zone nationwide concert tour.

Tatay Robin also announced during the press conference that there is a possibility for the group to work with Korean idols.

But for now, they are focused on establishing their careers first in the country before pursuing other projects.

Tatay Robin revealed, with the help of a translator, "Meron kaming nare-receive na contacts from other countries and ang plano po namin this year is to do a concert or tour in five cities abroad." 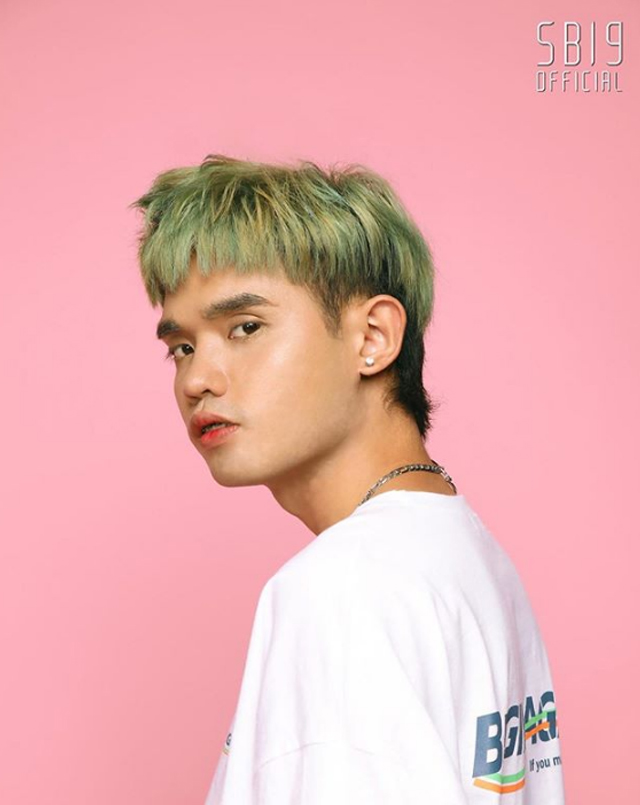 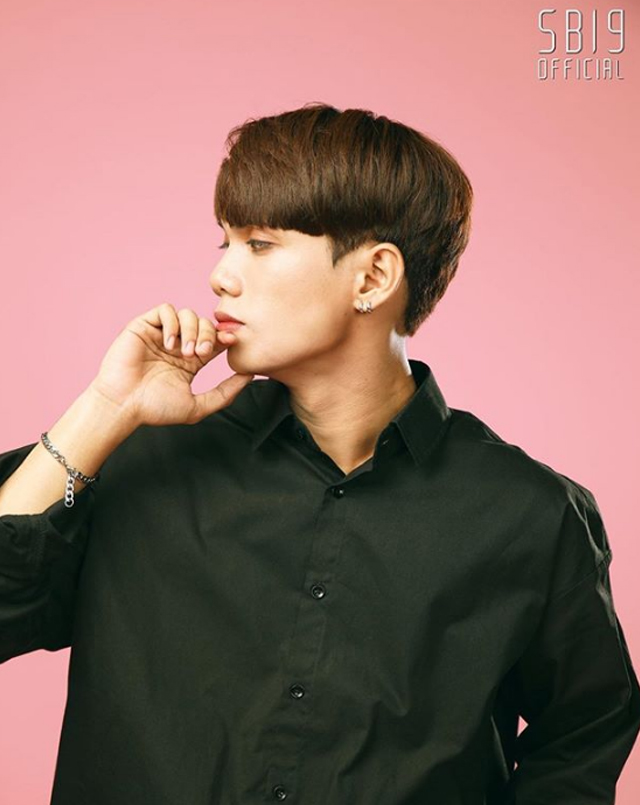 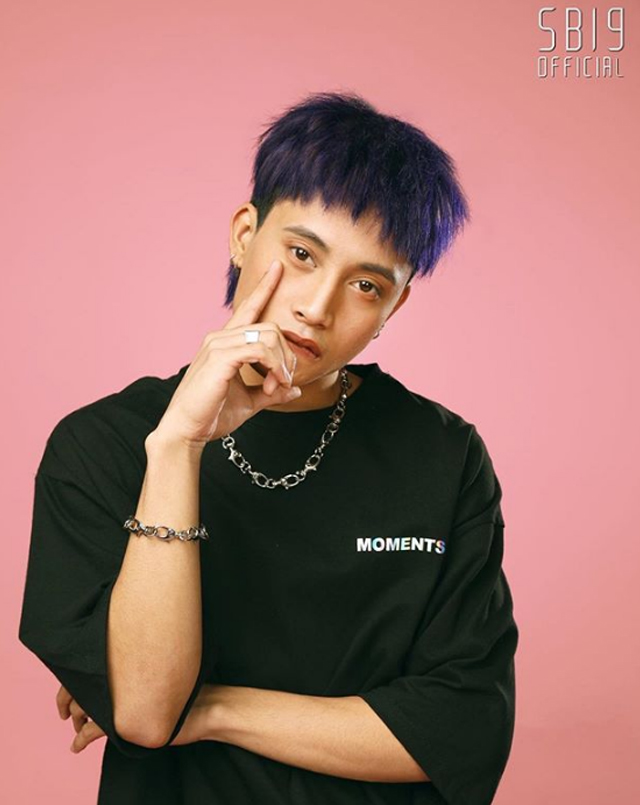 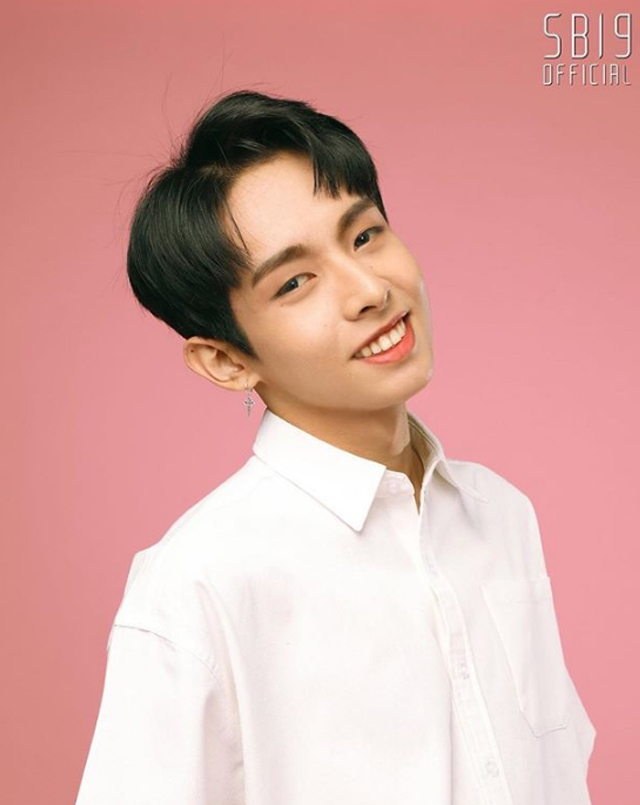