Protege graduates: WHERE ARE THEY NOW

PEP.ph looks back at the careers of former contestants of GMA-7's talent search, Protege. These include (L-R) Ruru Madrid, Arny Ross, and Thea Tolentino.

It has been nine years since GMA-7 launched the first season of Protégé.

Protégé was a televised reality-based search that gave showbiz hopefuls a platform to showcase their talents and be mentored by respected TV personalities.

Protégé: The Battle for the Big Break aired in September 2011. In this first season, 10 music icons—Janno Gibbs, Jaya, Jay-R, Rachelle Ann Go, Aiza Seguerra, Joey Generoso of Side A, Imelda Papin, Claire dela Fuente, Rey Valera, and Gloc 9—led the hunt for singing aspirants to be the music industry’s next big thing.

Krizza Neri, then 16 years old, was proclaimed as the grand winner. She bested Lovely Embuscado from Davao and Lirah Bermudez from Iloilo.

On its second season, Protégé: The Battle for the Big Artista Break is said to be the biggest artista search of the Kapuso network.

At the end of the three-month competition, Jeric Gonzales and Thea Tolentino emerged as winners. Each received a package worth P12 million in prizes, including P1 million cash, a two-bedroom unit, a scholarship grant, and five-year management contract with GMA Artist Center.

PEP.ph (Philippine Entertainment Portal) traces the whereabouts of some of the finalists who started their careers in Protégé.

He was also active in the pageant scene in South Luzon before he joined Protégé: The Battle for the Big Artista Break where he was declared as the male grand winner.

Fresh from winning the competition in 2012, he was introduced as one of the lead cast members of GMA network’s youth-oriented series Teen Gen. He was paired back then with Thea Tolentino.

He also pursued his passion in singing and became a member of GMA’s musical trio 3logy with Abel Estanislao and Jak Roberto. The members launched their single “Maybe It’s You” in 2015.

In 2016, Jeric faced a hurdle in his career when his alleged nude photos and video scandal surfaced online.

After several months of being mum about the issue, Jeric finally broke his silence during the launch of the afternoon series Oh, My Mama!

In 2019, GMA-7 held a story conference for the show Rosang Agimat and introduced Jeric as one of its cast members. But months later, an accident occured on the set involving veteran actor Eddie Garcia. GMA-7's management then decided to shelve the show.

In that same year, Jeric received his first ever acting award—the Best Single Performance by an Actor at the 33rd PMPC Star Awards for TV for his performance in the Magpakailanman: "Male Sex Slave sa Saudi" episode.

Jeric now portrays the married man Jio who is involved in a May-December love affair in the GMA-7 afternoon drama Magkaagaw. He acts alongside Sunshine Dizon, Klea Pineda, and Sheryl Cruz.

Last January 6, in an article published by PEP.ph, it was reported that Jeric, 27, broke up with his partner during their vacation in Japan because of his romantic involvement with his co-star Sheryl, 45.

However, in an interview with 24 Oras, both Jeric and Sheryl dismissed the rumor. 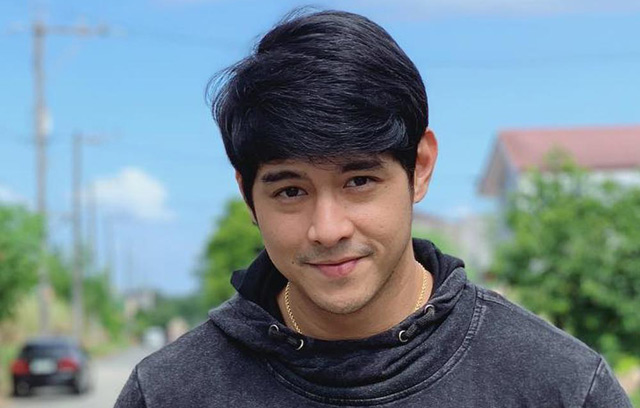 Thea Tolentino auditioned in Protégé: The Battle for the Big Artista Break for two reasons: to hone her skills and to help her family.

But fate gave her more than what she expected. She was hailed as Protégé’s Ultimate Female Winner and the rest as they say is history.

After the competition, she joined Jeric Gonzales as one of the lead stars in the youth-oriented series Teen Gen (2012) directed by Mark Reyes.

When the show ended, she moved on to portray supporting roles in Love and Lies (2013) and Anna Karenina (2013).

In 2013, Thea clinched her first-ever lead role in the afternoon series Pyra: Ang Babaeng Apoy, which launched her career as a dramatic actress.

The following year, she joined Barbie Forteza in the afternoon drama series The Half Sisters (2014) where Thea showcased her flare as an effective kontrabida. The Barbie-Thea starrer was a consistent top-rater in its afternoon timeslot, which is why it was extended until January 2016.

Finding her niche in portraying kontrabida roles, Thea is now one of GMA’s go-to kontrabidas. She has portrayed a string of villain roles in various programs including Hahamakin Ang Lahat (2016), Destined to Be Yours (2017), Haplos (2017), Asawa Ko, Karibal Ko (2018), and Madrasta (2019).

Even if she’s busy with her showbiz commitments, Thea still manages to continue with her studies.

She is taking up a Bachelor's degree in Public Administration at Trinity University of Asia and is scheduled to graduate this 2020.

Thea has been in an on-and-off relationship with Kapuso actor Mikoy Morales. 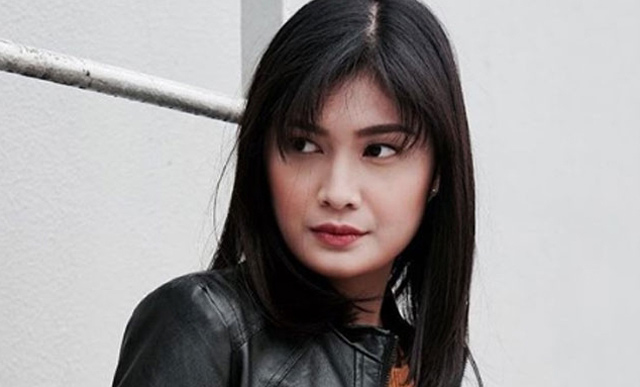 Ruru Madrid joined Protégé at the age of 14.

Their love team (GabRu) was officially launched via the primetime series Let the Love Begin, which also served as the comeback project of Ai-Ai delas Alas after signing a contract with GMA Network.

Following the success of their team up in the series, GabRu became one of GMA’s in demand love teams.

But, in 2018, GMA Artist Center decided to split the GabRu loveteam to give them solo projects that will further develop their potential as solo artists.

Rumors sparked when netizens spotted them getting matching rose tattoos.

Since then, speculations continued as they have been seen sweet and cozy on various occasions, including their Japan trip in October and their vacation in Siargao during the Halloween break.

Netizens are also quick to notice their exchange of sweet comments on their respective instagram accounts.

Last year, although Ruru and Bianca have yet to confirm their romantic relationship, the two made headlines for a controversial situation.

It is said that Bianca, out of jealousy, almost hit Ruru with her car. According to reports, the incident happened at the parking lot of SM Megamall during the premiere night of Ruru's film Cara x Jagger.

However, in an interview with GMA Network Online, Ruru denied the issue.

He is expected to top-bill a project titled Lolong in 2020. Ruru is also one of the rumored cast members of GMA-7's live-action version of Voltes V. 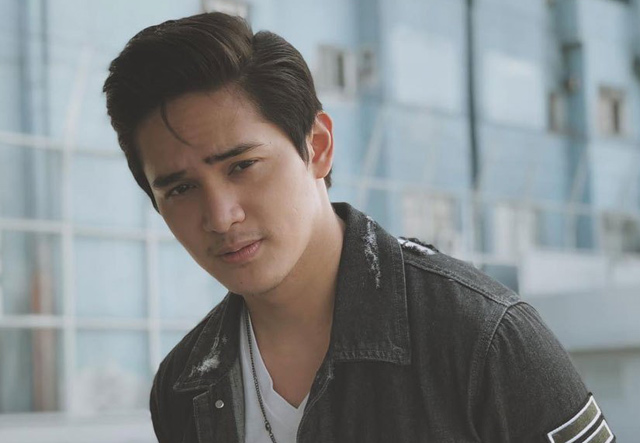 Mikoy Morales was a sophomore student at University of Sto. Tomas taking up Architecture when he joined the second season of Protégé.

From then on, various opportunities came his way.

Mikoy also worked behind the camera. In fact, he composed the theme songs of GMA projects like Teen Gen ("Everything’s Gonna Be Alright"), Overtime ("Inside Out"), and Pinocchio ("Pwede Ba"). He also did the musical scoring of the films 4Days, Pastor, Madilim Ang Gabi, Kiko en Lala, and I am Ellenya L, and Mrs.

His work for the movie Mrs. even earned a nomination for Best Musical Score in Sinag Maynila 2016.

In 2016, he independently released his first single "Pusong Hindi Makatulog."

Then, he ventured into producing events and concerts via his start-up company, Sparc Productions.

His first production was Mood Swings featuring the music of Vince de Jesus.

Recently, Mikoy completed his scriptwriting workshop under the mentorship of Ricky Lee and is set to finish his first movie script.

While he enjoys being a mainstay of Bubble Gang and Pepito Manaloto, he continues to help his family with their online bakeshop business. 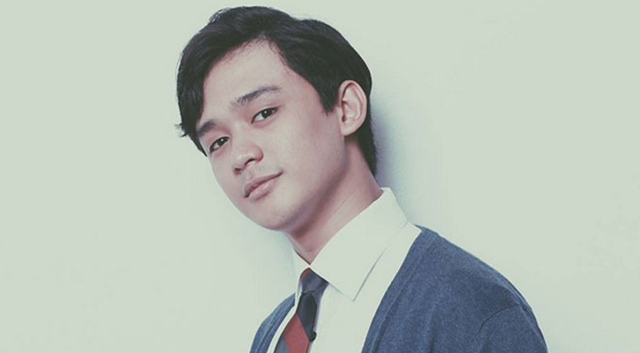 The Filipina-Australian hopeful Zandra made it to the Top 6 of the reality-based artista search.

After the competition, she has portrayed a string of supporting roles in GMA shows Bukod Kang Pinagpala (2013), Pyra: Ang Babaeng Apoy (2013), and Dading (2014).

The following year, she joined Cignal Entertainment’s Tukhang, a four-part mini-series that follows the lives of several individuals trying to survive the country’s fight against drugs.

In 2019, she appeared in ABS-CBN’s drama-fantasy series Bagani as Magindara.

It was then followed by bit roles in various Kapamilya programs such as Ipaglaban Mo, Nang Ngumiti Ang Langit, and Kadenang Ginto. 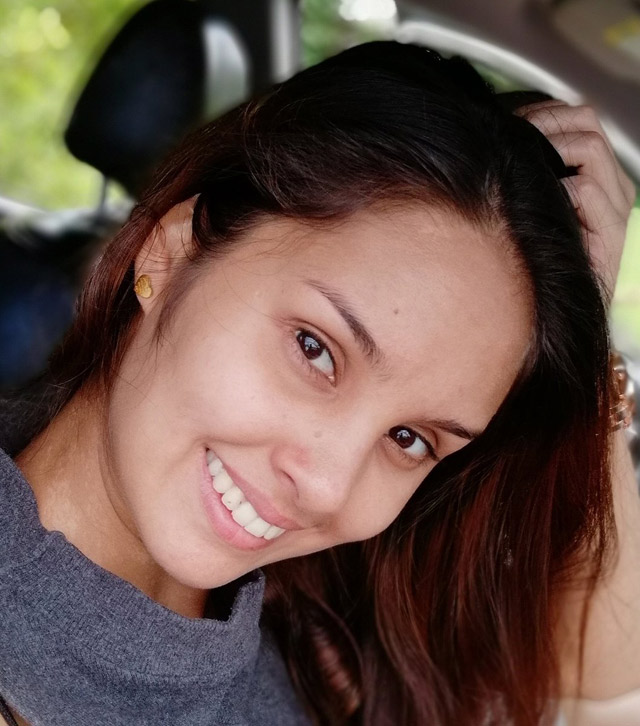 During the gala night prior to the finals of Protégé: The Battle for the Big Artista Break, Elle Ramirez impressed the judges with her performance in the live monologue challenge.

However, when the finals night came, she didn’t win the grand prize.

In 2013, she was reunited with her fellow Protégé finalists Thea Tolentino and Zandra Summer in the afternoon series Pyra: Ang Babaeng Apoy.

Since then, Elle has appeared in various Kapuso programs.

After six years of acting on TV screens, Elle was given a chance to be part of the film Hospicio (2018), an entry to the Cinema One Originals Film Festival.

Elle is currently taking up a Bachelor's degree in Psychology at Arellano University and works with various brands as a social media influencer. 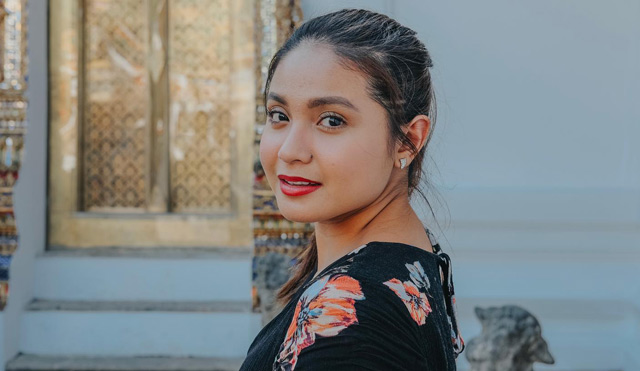 She was the first to be eliminated in the show’s Top 10 after getting the lowest text votes and judges’ scores,

During her stint in the competition, she had a conflict with Gina Alajar, alleging that the veteran actress/director shows favoritism towards Arny’s co-finalist Thea Tolentino.

In 2015, Arny was introduced as one of the members of Bubble Gang’s girl group Bubble Shakers and has graced the cover of FHM.

Aside from appearing on various Kapuso programs, the dancer/actress opened up her first milk tea business in Cavite with her non-showbiz boyfriend in 2017.

To date, the Bubble Gang mainstay now owns 5 milk tea branches in Cavite, a laundry shop, and a nail salon.

Arny is now engaged to her non-showbiz boyfriend. 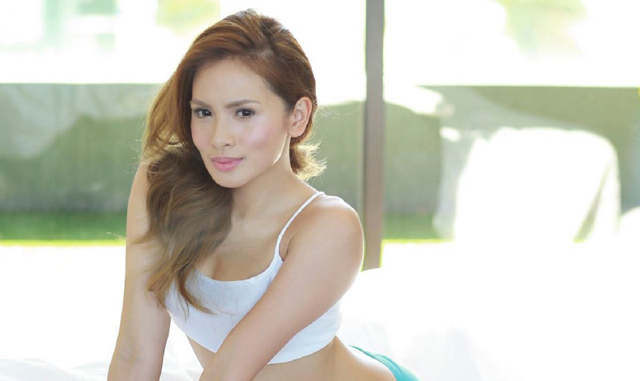 Krizza Neri who hails from Cagayan de Oro was proclaimed as the first ever winner of Protégé.

It was, however, a bittersweet victory for her.

Days before the grand finals, Tropical Storm Sendong, which is considered as the world’s deadliest storm in 2011, struck Northern Mindanao, including her hometown.

And at the height of the storm, her uncle died in a car crash.

These experiences made her tough and prepared her for showbiz.

Months after winning, Krizza released her first album in 2012 which was produced by her Protégé mentor Aiza Seguerra.

In 2012, she was blamed for the break-up of Aiza Seguerra and her then girlfriend Chen Sarte after 7 years of being together.

Chen belied the rumor and cleared Krizza’s involvement in her separation with Aiza.

Krizza’s TV career significantly slowed down but she has continued to pursue her passion as a performer for theater productions and events.

She also finished her Music Business Management course at the Meridian International College in 2018.

She then helped Lovely and her family and was able to organize a fund-raising show to help the homeless singer. 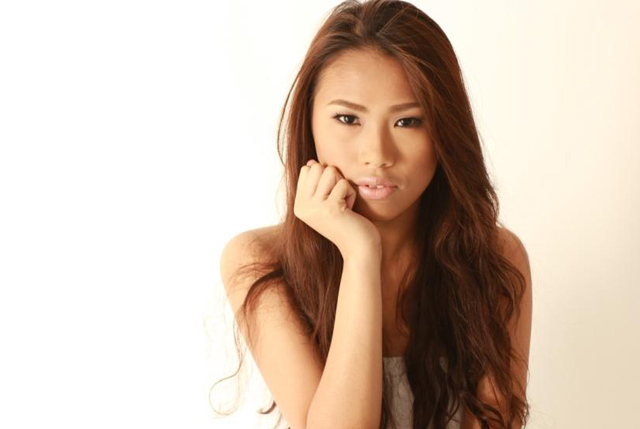 Dubbed as The Singing Cinderella of Davao, Lovely Embuscado was one of the top contenders in Protégé.

In the competition, Lovely was eliminated and did not make it to the Top 6. However, she was given a second chance to continue her journey by being chosen as a wild card.

Then, she portrayed minor roles on various Kapuso programs and was last seen on GMA’s afternoon series The Half Sisters.

Last January, PEP.ph (Philippine Entertainment Portal) reported that the former Kapuso singer is battling with mental depression. Lovely was spotted living on the sidewalk of a street in a Quezon City.

Protégé grand champion Krizza Neri was the first to help Lovely and her family. She organized a benefit show and made sure that her co-finalist would be able to seek professional help.

Lovely, who was diagnosed with schizophrenia, is now confined in a psychiatric hospital. 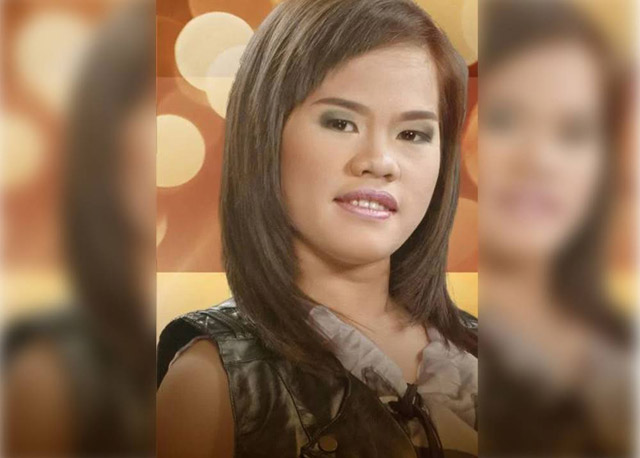 Although she bowed out of the competition early, she did a number of collaborations with her Protégé mentor Gloc-9.

One of these is the advocacy campaign jingle Dapat Tama of GMA News and Public Affairs during the mid-term elections in 2013.

In the same year, she became a mainstay in the Kapuso network’s gag show Bubble Gang. Denise also starred in several programs including Little Nanay (2015), A1 Ko Sayo (2016), and Legally Blind (2017).

She lent her voice to theme songs of various Kapuso shows such as Destined to Be Yours and My Korean Jagiya.

Currently, Denise is finishing her course in Medical Technology. She has already finished her internship at the Fatima University Medical Center in Antipolo. 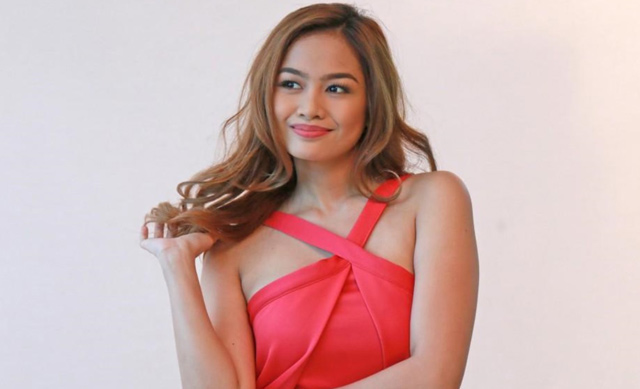