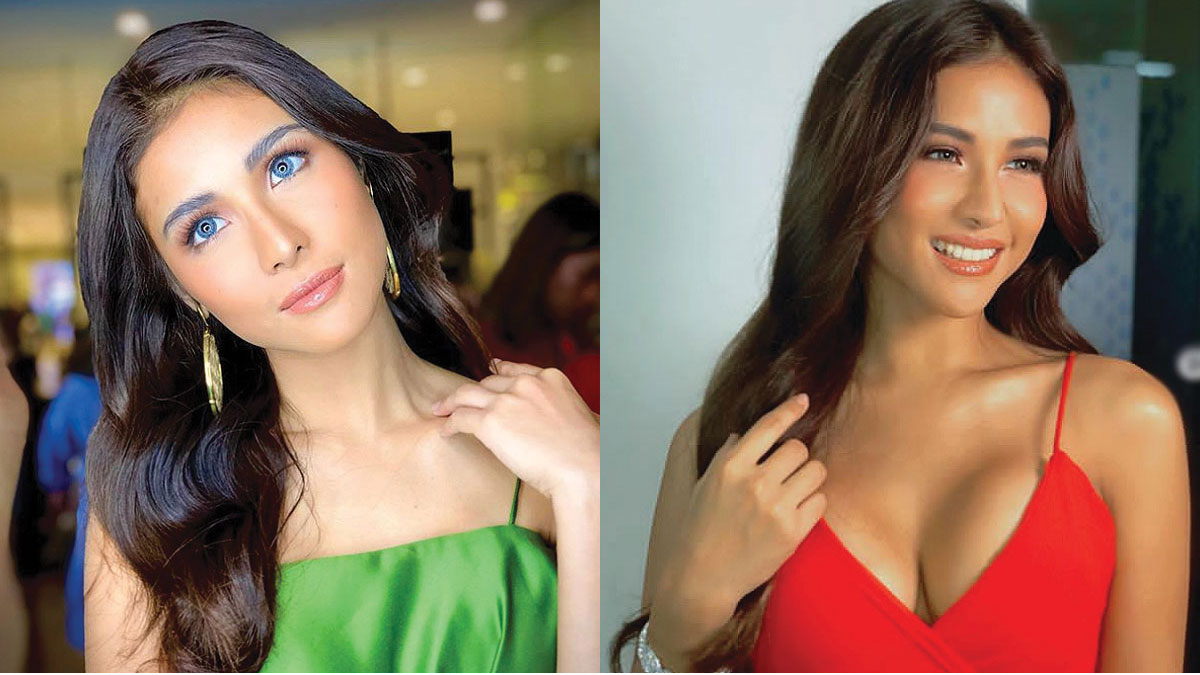 Sanya Lopez is among the few lucky ones who have entered showbiz without a sweat. She was discovered by German Moreno, the late star builder no less whose unerring eye for star quality was legendary.
PHOTO/S: @sanyalopez on Instagram

Sanya Lopez seemed destined for stardom, considering an offer to be an artista just dropped on her lap when she didn't even set her sight on becoming one.

On the other hand, her brother, Kapuso actor Jak Roberto, had to hurdle endless auditions and rejections before he was given a break in showbiz.

But all it took for Sanya was just one studio visit to get noticed by none other than the incomparable star builder himself, the late German “Kuya Germs” Moreno (1933-2016). 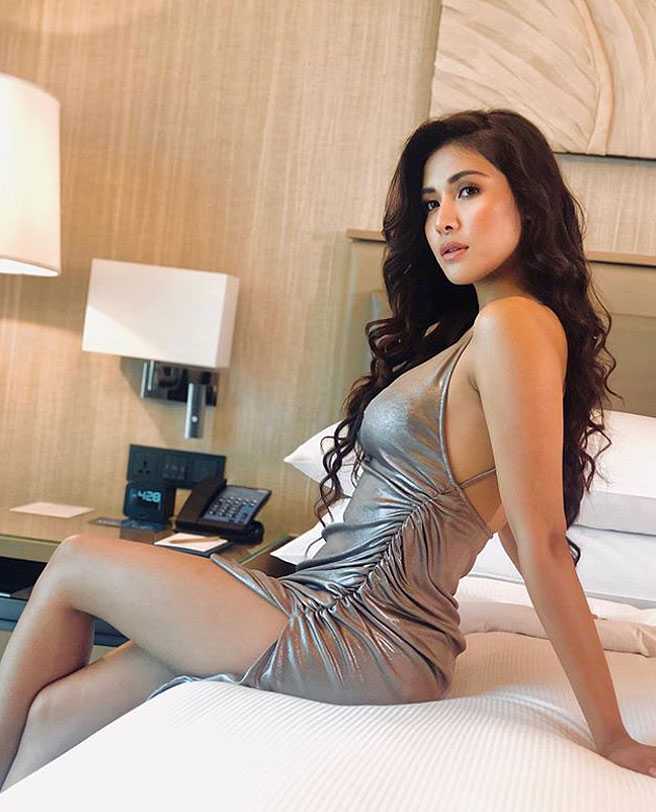 She is three years younger than Jak, who is turning 27 in December.

Their father Ramil Roberto passed away when Sanya was just two years old.

It fell on Jak to look after her sister and their mother, Marilyn Roberto, at an early age.

While still going to school, he took odd jobs such as inscribing epitaphs on tombs to make ends meet.

For the first time, she went to watch Jak's performance in Walang Tulugan with the Master Showman, the late-night variety show on GMA-7 hosted by Kuya Germs.

It was also the show in which Jak got his start in showbusiness.

She related that on her way to the studio, she was asked to have her photo taken by someone who mistook her for a Kapuso celebrity, who was also part of the late-night show.

It took her by surprise, but Sanya decided to just go along, "Hindi na lang ako nagsalita kasi nahiya ako.”

She had another surprise coming that late in the evening.

As Sanya recalled, she was in the audience area watching the show when, suddenly, Kuya Germs sat beside her.

As Jak recalled about that meeting in an interview inTonight With Arnold Clavio in 2017, Kuya Germs instantly liked Sanya.

According to Jak, he simply repeated the words of Kuya Germs when he introduced Sanya to the GMA Network executives, “’Puwede niyo itong ipasok sa mga teleserye,’ ganyan-ganyan.

Sanya's first TV appearnce as a Kapuso was also on Walang Tulugan, as a co-host.

She also played a supporting role in two more teleseryes: as Lorna in The Half Sisters (2014-2016), the afternoon series that starred Barbie Forteza and Thea Tolentino, and as Lovely in The Millionaire’s Wife (2016) that starred Andrea Torres.

But it was not until Sanya was chosen to play one of the four Sang’gres in the reboot of Encantadia that she really shot to fame.

The original Encantadia was the phenomental Kapuso fantaserye on prime time in 2005 top-billed by Iza Calzado, Karylle, Diana Zubiri and Sunshine Dizon.

In late 2015, GMA-7 announced the audition for the major parts in the remake of Encantadia.

In the end, the chosen ones were Kylie Padilla, Glaiza de Castro, Gabbi Garcia, and Sanya, the only newbie in the group.

Her role as Danaya, the protector of the earth gem, was Sanya’s biggest break that catapulted her to the category of prime artist in her home network. 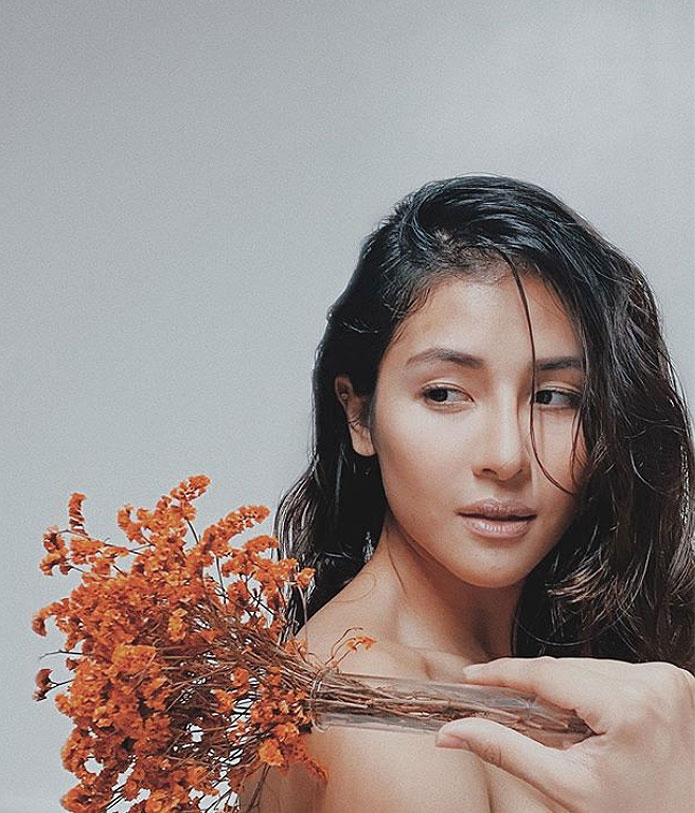 Encantadia aired from July 2016 to May 2017, a period that brought major changes in Sanya's life

Because of Encantadia, Sanya also became an in-demand celebrity for cover shoots.

In 2017, Sanya made it to the 100-list of two prestigious glossy publications. She was one of YES! Magazine’s 100 Most Beautiful, and also in FHM’s 100 Sexiest Women.

On the heels of their pairing in the now concluded fantaserye, Sanya and Rocco Nacino top-billed the afternoon teleserye Haplos.

Rocco portrayed Aquil in Encantadia, the love interest of Danaya.

She also top-billed another afternoon teleserye, Dahil sa Pag-ibig (2019), in which she portrayed Mariella "Mariel" Fajardo-Corpuz.

Sanya is among the few lucky ones who've entered showbiz without sweat, but the one thing going for her now is her good sense to work harder than anyone else to stay in.

And then there's her brother Jak, the one person on earth she can't ever let down.

Sanya also has a YouTube channel where she creates her own video content. As of September 29, 2020, she has 885,000 subscribers.

This pandemic also encouraged the actress to return to her favorite hobby, which is designing clothes.

If she didn’t enter showbiz, Sanya said she would have gone to college and taken up a culinary course.

Here are the other television shows in GMA-7 in which Sanya had guest appearances:

In the movies, she was a lead character, as Aryana Dimalinlang, in the action-adventure movie Amalanhig: The Vampire Chronicles (2017) and her first mature role, as Ellie, Wild and Free (2018), which co-starred Derrick Monasterio.

But the current pandemic caused the project to be postponed.

Nonetheless, Sanya still feels fortunate that a big project awaits her, and just waiting for the management’s go-signal to begin production. 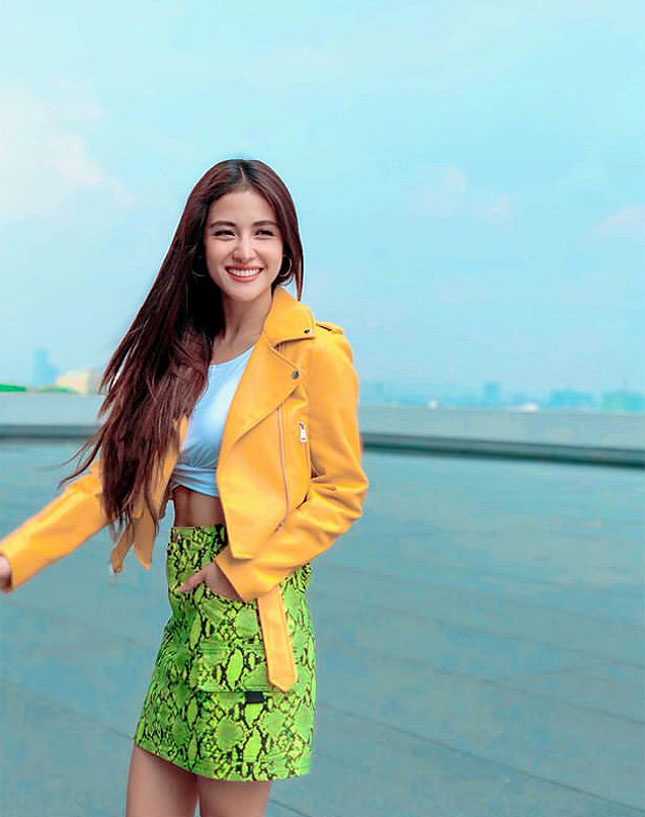