Paw Diaz: former actress in the Philippines now a happy mom in Singapore 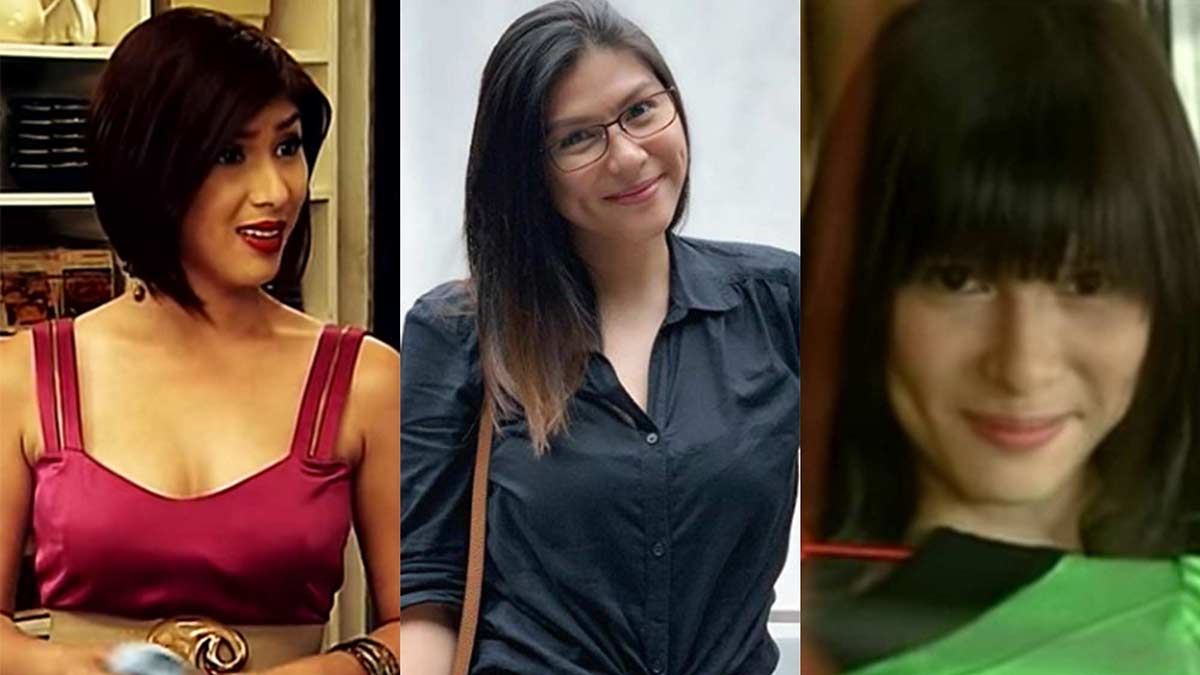 In 2003, she won the Hiyas ng San Pedro pageant, and auditioned for Binibining Pilipinas.

However, she was not accepted because she was only 17 years old at that time.

Paw then joined the second season of Star Circle Quest.

For her elementary and high-school education, she went to St. Paul Montessori School, also in San Pedro.

From 2003 to 2005, Paw studied Communication Arts at Perpetual Help Laguna, and was a consistent Dean's Lister.

Paw was destined to enter showbiz.

She made it to Top 15 of ABS-CBN's reality-based talent competition, but she failed to be included in the Magic Circle of 10.

The wildcard round, which she won through text votes, gave her the chance to join the competition again.

In the end, Paw placed third in the contest that hailed Erich Gonzales (then Erich Gancayco) as the Grand Teen Questor.

After hurdling the SCQ competition, Paw faced faced a bigger challenge in 2005 in another reality show titled Qpids.

This time, Paw did not have to go through an audition because the reality show was made for nine up-and-coming actresses of ABS-CBN. 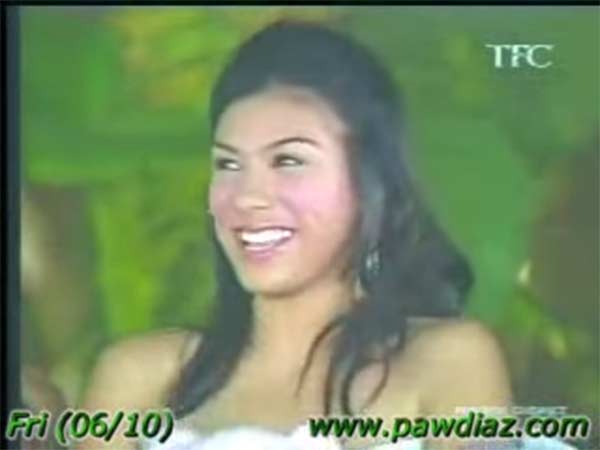 Seventeen actors were lined up to become the love team of the nine actresses.

Mikel Campos, a commercial model who appeared in GMA-7’s Click and ABS-CBN’s Sarah The Teen Princess, was chosen as Paw’s love team.

The PawEl love team was declared the Ultimate Love Team by the end of the search. 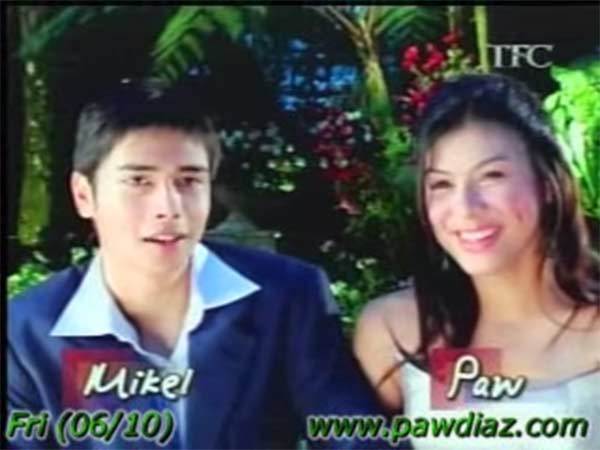 Part of Paw and Mikel’s prizes as Qpids’ Ultimate Love Team was a solo movie they were supposed to headline.

But nothing came out of it and nothing more was heard about their love team.

On the other hand, the other three love teams that competed in the finals—Carla Humphries and Janus del Prado, Hazel Ann Mendoza and Mhyco Aquino, and Jill Yulo and Alwyn Uytingco—had projects after Qpids.

Mikel was briefly paired with then-newbie Alex Gonzaga in Let’s Go, while Paw worked with John Prats in the sitcom My Juan And Only.

In 2009, while Tayong Dalawa, Paw resumed her studies through distance learning.

She took up BS Business Management at the Asian Institute for Distance Education (AIDE) in Makati.

In 2010, Paw was in the cast of Magkano Ang Iyong Dangal?, where she played the best friend of Bangs Garcia, the lead actress.

However, she was pulled out of the show because ABS-CBN gave her a leading lady role for another series: Precious Hearts Romances, The Substitute Bride.

Paw was paired with Rafael Rosell in the series. 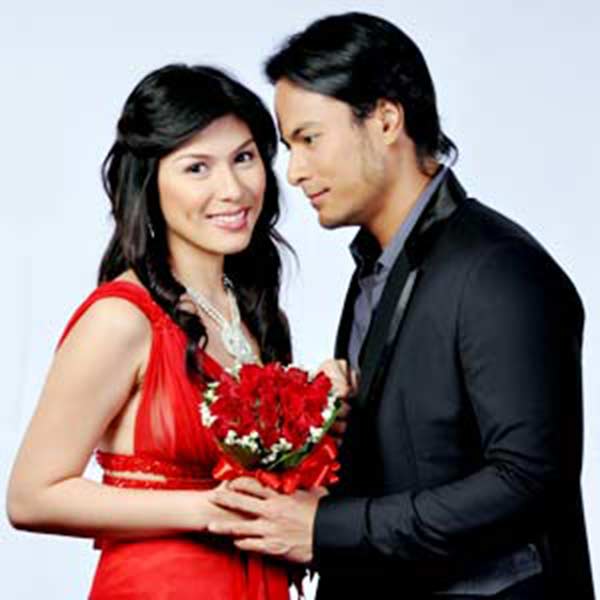 After The Substitute Bride, Paw’s next project was a major kontrabida role in Maria la del Barrio, top-billed by Erich Gonzales and Enchong Dee.

Maria la del Barrio, a remake of Thalia’s 1995 series, featured Erich in the title role, with Enchong as her Luis Fernando, the leading man.

Paw was tapped to play Soraya, the third wheel who made Maria’s life miserable.

It was her first time to become the lead kontrabida. 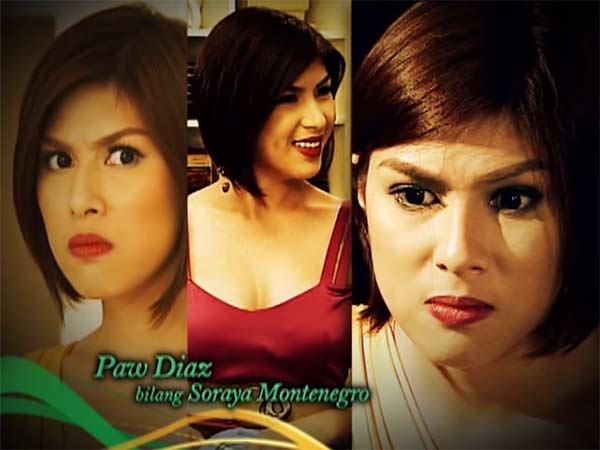 Her last project was Maria la del Barrio in 2011 where she played kontrabida to Erich.

Paw was not able to finish the teleserye when she got married and left show business altogether.

Originally scheduled to air in the afternoon block from March 2011 to August 2011, the project was supposed to save the fluctuating ratings of the shows in ABS-CBN's afternoon block.

With the changes in the programming of the show causing delays, with some sensitive scenes prompting it to be placed in the prime-time block, Paw had to make a hard decision.

Paw was still seen in the show until December 2011 because the scenes were already taped in advance. Her character was killed before the year ended.

In her September 2020 email interview with PEP.ph (Philippine Entertainment Portal), Paw recounts, “My wedding was already scheduled even before the show was offered to me.

"The management was aware and the show was scheduled to conclude in August of that year. So we thought that I could do it and the timing was just right.

“But then, there were some delays and it had to air at a later period, which unfortunately clashed with my personal plans and so it had to be that way.”

Paw tells PEP.ph (Philippine Entertainment Portal) in the same email interview, “He was my ultimate crush and I remember I can't control myself from blushing!

“I am not sure if it had affected my acting during those times, but all I can remember was I can't stop smiling and being so shy around him.”

She became good friends with her SCQ co-finalists.

Paw and Erich Gonzales went to Norway in 2018 to attend their co-finalist's wedding, Vanessa Grindrud.

They also have a Viber group where Jason Abalos, Arron Villaflor, Charles Christianson, DM Sevilla, and twins KC and Bebs Hollman are active.

In the same year she got married in 2011, Paw and her husband Fabian migrated to Singapore and they've been based there ever since.

Apart from being a housewife, Paw says she tried to penetrate the showbiz industry in Singapore.

Later, Paw became a business data analyst for financial institutions, which is still her current occupation.

In September 2019, Paw started vlogging, but it was only during the pandemic that she has found the time to update her channel more regularly.

Here are the television shows where Paw did appearances:

MORE WHERE ARE THEY NOW STORIES