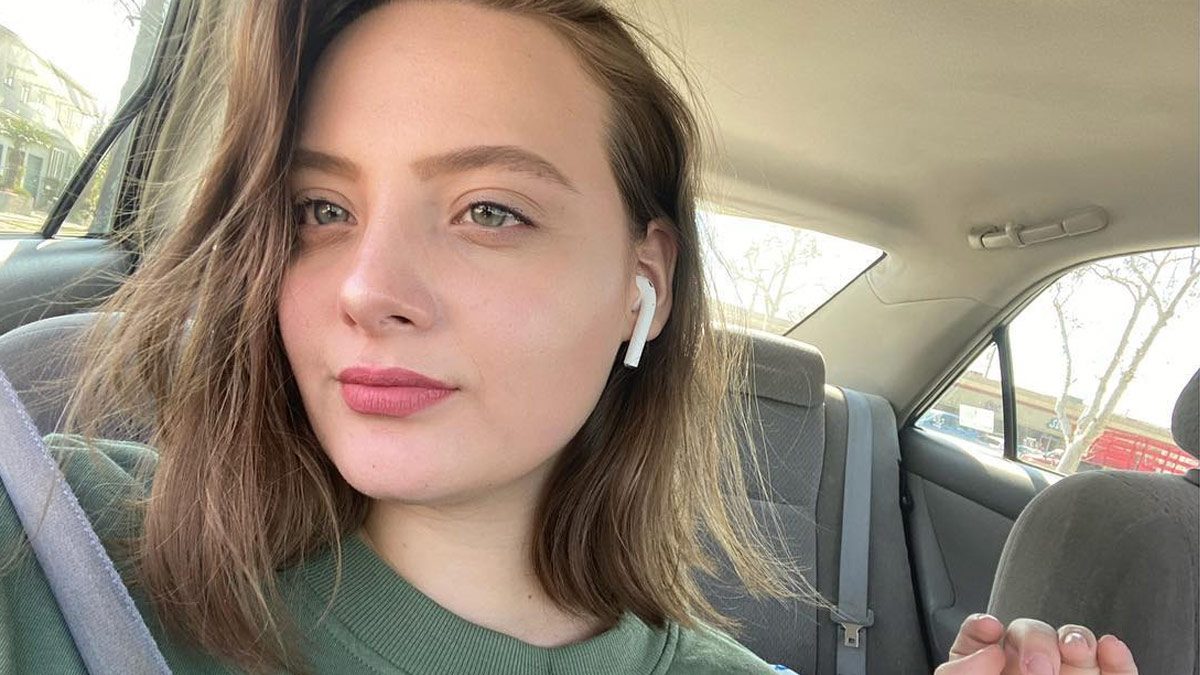 On October 5, 2020, Angillyn Serrano Gorens made headlines after confirming that she and Kapuso actor Buboy Villar, her partner of almost five years, have decided to break up.
PHOTO/S: Angillyn Gorens on Facebook

The American social-media personality gained popularity after she and GMA-7 actor Buboy Villar confirmed their relationship in April 2016. 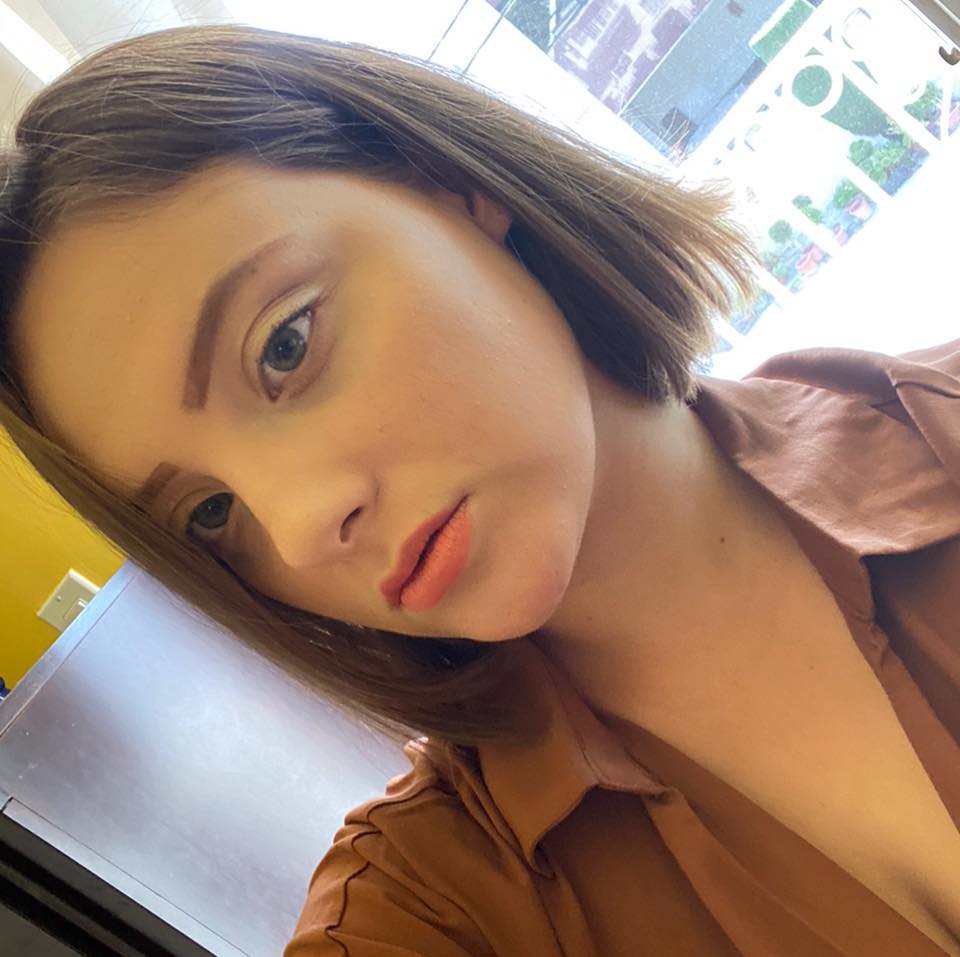 Angi was born on June 3, 1998, to American parents in California, U.S. She has an older sister named Veybillyn Serrano Gorens.

In an interview with Kapuso Mo, Jessica Soho (KMJS), 22-year-old Angi said she was only three years old when her biological father died. She was then adopted by a Filipino couple.

In 2011, Angi flew to the Philippines to study.

For her secondary education, she went to New Era High School in Quezon City, where she also learned to speak Filipino fluently.

At present, she is based in the U.S., working two jobs, while her children, Vlanz Karollyn, 3, and George Michael, 1, are staying with her parents in the Philippines.

Buboy Villar, now 21 years old, met Angi on the set of the Kapuso prime-time series The Half Sisters in November 2015.

Buboy was part of the show's main cast, while Angi played a bit role.

Angi initially thought Buboy had no interest in her because he approached her sister first.

It didn't take long for Buboy to start courting Angi.

Angi, for her part, was captivated by Buboy's charm.

In a Facebook post, Angi revealed they officially became a couple on November 21, 2015. However, their relationship made headlines in April 2016. At the time, Angi's parents opposed their relationship since she was only seventeen years old.

In a now-deleted Facebook post, Angi's sister Veybillyn said her parents were upset since they only found out about their relationship through social media.

"They both agreed that he is going to come visit and start courting my sister like a Filipino, unfortunately she didn't expect that this will be posted and be trended on social media."

Angillyn's older sister added, "[Our mom] didn't like how Buboy Villar talks on social media about having a relationship already."

It was also around that time when Angi had to fly back to the U.S. with her family for a short vacation. In June 2016, she was reunited with Buboy.

In an interview with PEP.ph (Philippine Entertainment Portal) in July 2016, Buboy revealed that he and Angi, with both of their parents' approval, have decided to live together, just a few weeks after the latter turned 18.

In the same month, they got engaged.

Buboy and Angi initially planned on getting married in 2017, but things changed after finding out that they were expecting their first baby.

On August 30, 2017, the couple welcomed their baby girl Vlanz Karollyn.

In 2018, Xian Gaza made moves on Angi. It can be recalled that the self-titled CEO and self-confessed scammer gained notoriety two years ago when he asked an actress for a date using a billboard. Angi immediately rejected Xian by sending a photo of Buboy raising his middle finger at him. 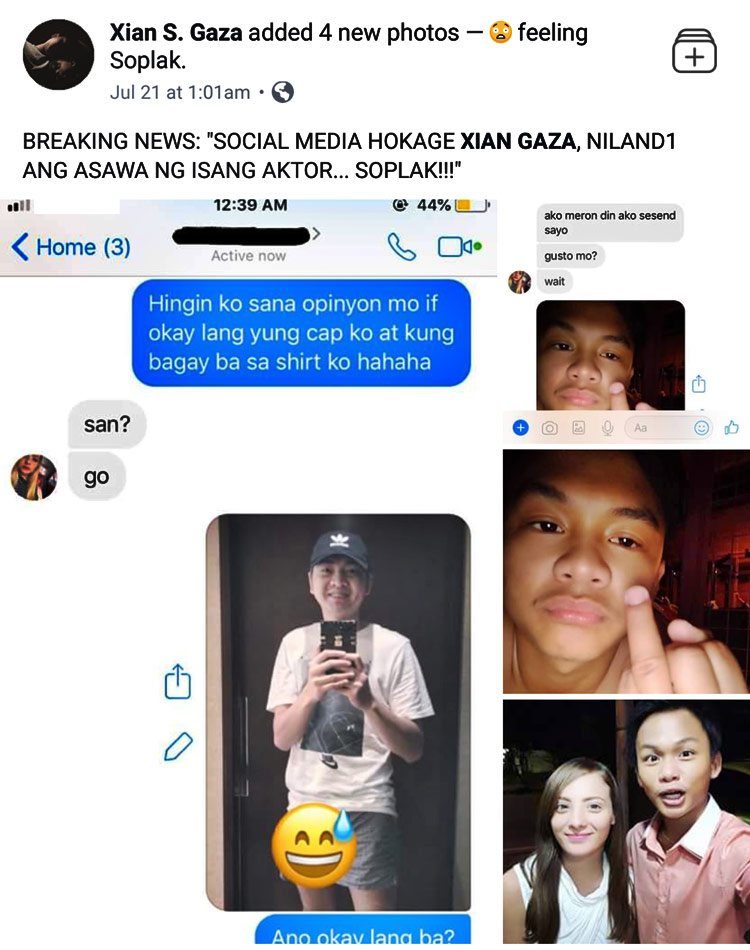 In 2019, Angi got pregnant for the second time. This time, the couple decided to keep the pregnancy low-key.

Angi also had to fly back to Los Angeles, California because of her "high-risk" pregnancy.

On October 5, 2020, Buboy and Angi decided to call it quits and agreed to co-parent their children.

After her love story with Buboy went viral, she was invited as a guest on several Kapuso shows, including Kapuso Mo, Jessica Soho and Wowowin.

In August 2016, Angi's first major foray into acting was in Magpakailanman's "Fight For Love" episode, where she and Buboy and Angi portrayed themselves. It was their love story.

In December 2016, Angi played "Beh" in the "Military Mommy" episode of the Kapuso network's weekend comedy anthology Dear Uge. Buboy was also part of this episode.