Kim Domingo: Her metamorphosis from sexy star to dramatic actress 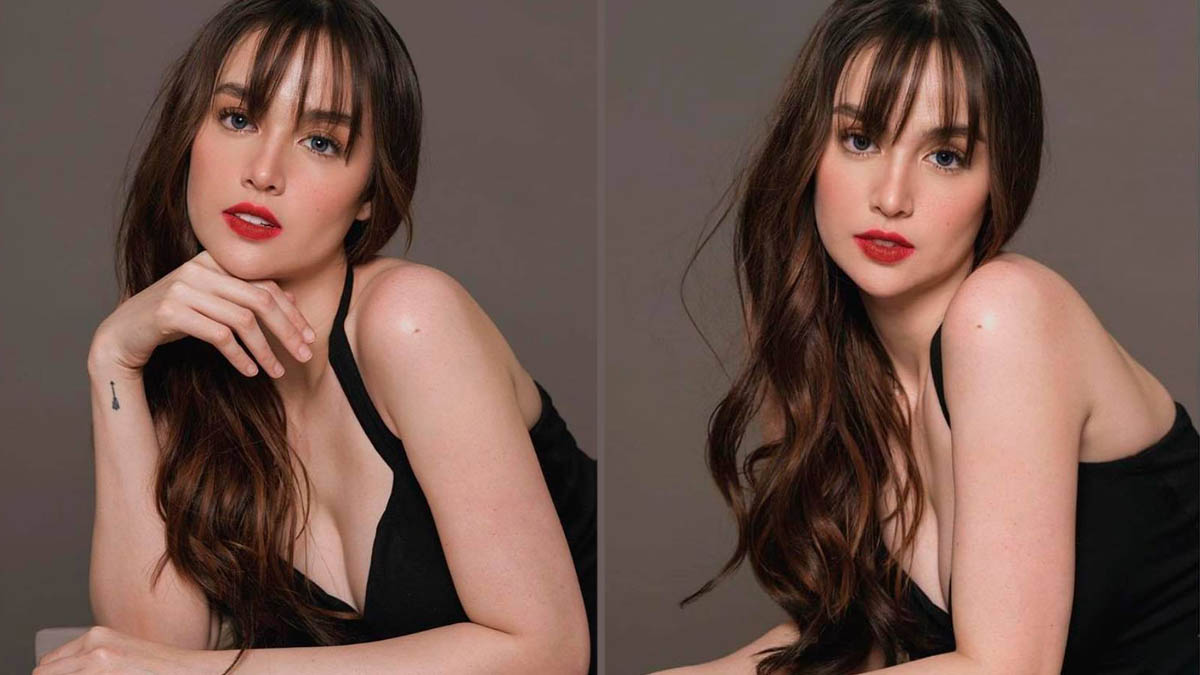 Kapuso actress Kim Domingo began her career as a Will Time Bigtime dancer, car-show model, and men's magazine cover girl until she became an Internet sensation after her Dubsmash video went viral in 2014.
PHOTO/S: @kimdomingo_ on Instagram

Kim Domingo is a French-Filipino actress, model, singer, vlogger, endorser in the Philippines. She is currently a GMA-7 contract artist.

The 25-year-old gained popularity because of a short Dubsmash video that went viral, but she had been dreaming of joining showbiz since she was five years old.

Determined to earn for her family, Kim joined talent competitions, played bit roles in films and television shows, did modeling jobs, and posed for men's magazines.

Less than two years after finally breaking through the industry that she had always dreamed to be a part of, Kim dropped her sexy image—together with the “Pantasya ng Bayan” tag—and opted to reintroduce herself to the public as a dramatic actress. 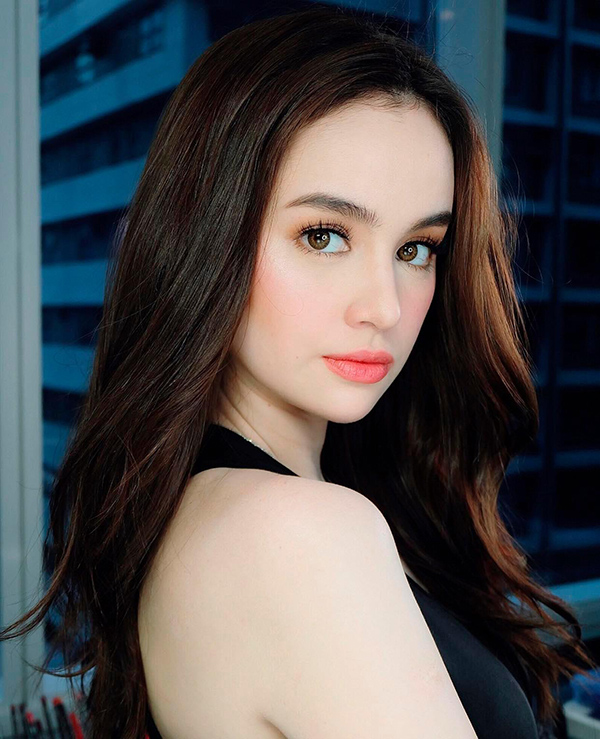 Kim was born on February 3, 1995 and was raised in Novaliches, Quezon City. She is the only child of Filipina Domingo.

Kim never had the chance to meet her father, a Frenchman named Gy Belleville. He left the Philippines even before he and Kim's mom realized that they had conceived a child. 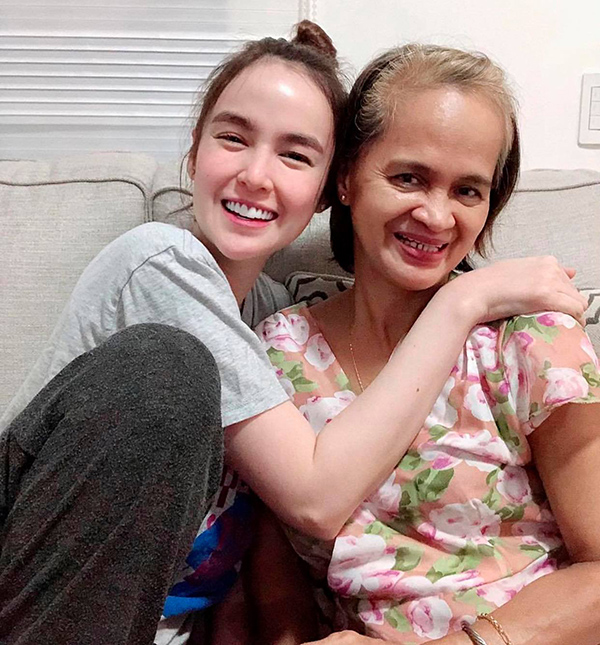 Kim was constantly left in the care of her maternal grandmother, Milagros Domingo, who practically raised her as a child.

A self-confessed Lola’s girl, calling herself “laking Lola,” the actress often said in her interviews that the stern but loving ways of her Lola Mely made her the person that she is today. 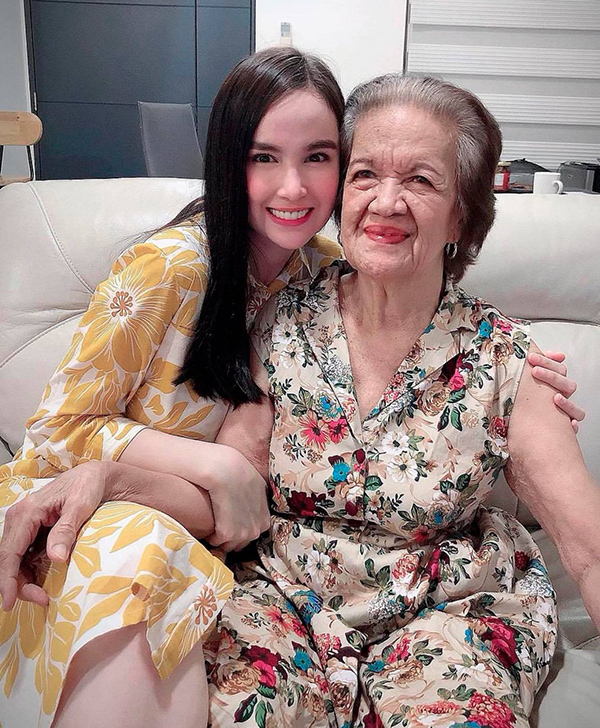 Growing up, Kim developed the yearning to meet her biological father, but her mother had very limited information about him, was able to keep only one photograph.

Based on the photo, Kim's dad was around 60 years old when the picture was taken.

In a press conference in April 2017, Kim said she was still hopeful that she will meet her father someday, even after several failed attempts to locate him through social media.

When the actress’s life was featured in GMA-7’s documentary show Tunay na Buhay in 2016, Kim’s teachers described her as a sweet and quiet pupil whose mestiza beauty always stood out among her classmates.

The actress’s former teacher in grade school, Ampi Lazo, admitted that she was surprised to learn about her former shy student wanting to try her luck in show business.

It was during her high school days at Novaliches High School when she started working for her family. Her side hustles included bit roles in movies and television shows, modeling jobs such as being a car show model, and working as a promo girl in a bar and restaurant.

In college, Kim enrolled in a psychology class at Our Lady of Fatima University.

After a year of taking up psychology, Kim decided to transfer to dentistry.

As she juggled work and studies on top of being the family's breadwinner, Kim eventually stopped going to school and failed to complete her course. 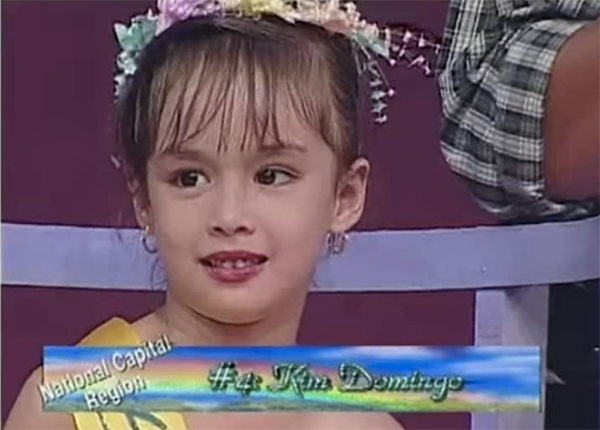 As a teenager, Kim worked as a talent for television series and film productions. She was an extra who mostly acted as a “passerby.”

Kim revealed that back then, she earned PHP500 for nearly 24 hours of work.

Will Time Bigtime was the defunct TV5 variety show hosted by Willie Revillame.

As Willie’s Money Girl, Kim had to dance while giving away cash prizes to Will Time Bigtime contestants.

Though Kim’s daily gig on Will Time Bigtime somehow helped her to establish a budding celebrity status, it was her less-than-a-minute Dubsmash video that made her an Internet sensation.

Dubsmash is a video-creating app where users can create their own short videos using songs, audio clips, and custom sounds.

In 2014, when making Dubsmash videos was the crazy trend, the clip showing Kim lip synching to Brandon Beal’s “Twerk It Like Miley” went viral. 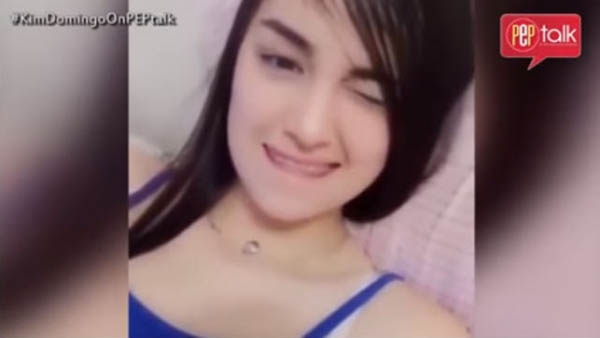 Soon after, gig offers and inquiries were pouring in for the pretty French-Filipina model.

Actor-director Boy2 Quizon then asked Kim to star in a music video for a segment in the GMA-7 gag show Bubble Gang, where he is a mainstay.

After appearing in the music video, Kim has since been one of the cast members of Bubble Gang, flexing her talent in delivering naughty skits and dropping punchlines.

Kim remains a Bubble Gang star up to this day.

From then on, Kim began making a name for herself as a sexy star; donning revealing clothes all the time, making daring poses for pictorials, and flooding her social media accounts with eye-popping-jaw-dropping-heart-stopping sexy photos.

She was eventually tagged as the new “Pantasya ng Bayan,” a moniker attributed to former actress Joyce Jimenez in the ‘90s.

In December of the same year, Kim graced the cover of the popular men’s magazine, FHM.

Year 2016 was a busy year for Kim, as she was featured in three Kapuso TV series: A1 Ko Sa ‘Yo, Tsuperhero, and Juan Happy Love Story.

That same year, Kim signed a deal with GMA Records, and released the song “Know Me,” which she sang with rapper-songwriter C-Tru.

Before the year ended, Kim was announced as Ginebra San Miguel’s 2017 Calendar Girl.

In January 2017, Kim landed on the cover of FHM for the second time. 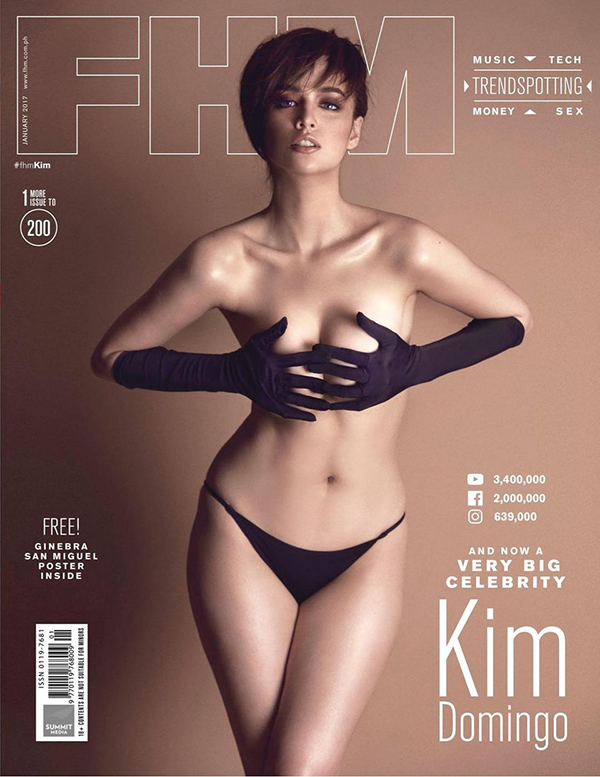 She did another movie that year, the Barbi: D' Wonder Beki starring Paolo Ballesteros.

Kim also portrayed herself in Magpakailanman’s “The Kim Domingo Story,” and was among the cast members of sitcom D’ Originals.

Kim's biggest break was the prime-time fantasy series Super Ma’am, where she played the villainess Avenir Segovia opposite Marian Rivera.

In Kim’s vlog dated June 22, 2020, she revealed that her role as Avenir Segovia was one of the most challenging roles she has ever portrayed.

Kim shared that it was extra challenging for her to act out her character while carefully executing the needed action scenes.

In the same vlog, Kim also revealed that playing Avenir Segovia was life-changing for her.

It made her realize that she wanted a deeper appreciation of her talent from a different set of audience.

Avenir Segovia convinced Kim to slowly drop her sexy image after she realized that she was no longer happy with what she was doing. 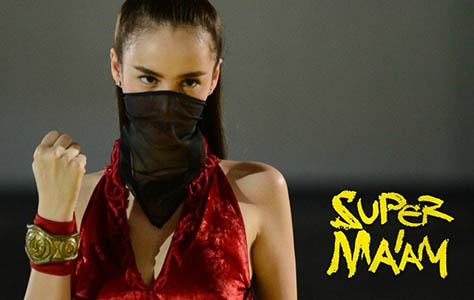 Kim then mentioned her encounter with a child who was a fan of Kim’s character in Super Ma’am. It made her realize she now had a younger fanbase.

Kim disclosed that she indeed lost numerous male fans as she shifted from being a sexy image to a talented actress.

Kim said she definitely prefers things as they are now because she really wanted the public to notice her acting talent, more than her beautiful face and body.

In 2018, Kim appeared in the rom-com Inday Will Always Love You, starring Barbie Forteza.

Proving herself to be a versatile actress, Kim starred in Tadhana’s “My Korean Fairy Tale,” and did some heavy drama acting in Magpakailanman’s “Asawa Ko Ang Bayaw Ko.”

In 2019, Kim did another light role for rom-com TODA One I Love, and portrayed a challenging dual-personality role in Hanggang sa Dulo ng Buhay Ko.

For now, Kim has yet to fulfill her ultimate dream of headlining her own drama series.

True to how she started her showbiz career, Kim is, without a doubt, a social-media darling.

Kim was in a long-term relationship with a non-showbiz guy when she entered the entertainment industry back in 2015.

She was on her sixth year with the unnamed guy when their relationship ended in June 2016.

A few months after news of her breakup with longtime beau surfaced, Kim confirmed that she was dating basketball player, model, and part-time actor Michael “Mike” Acuña. 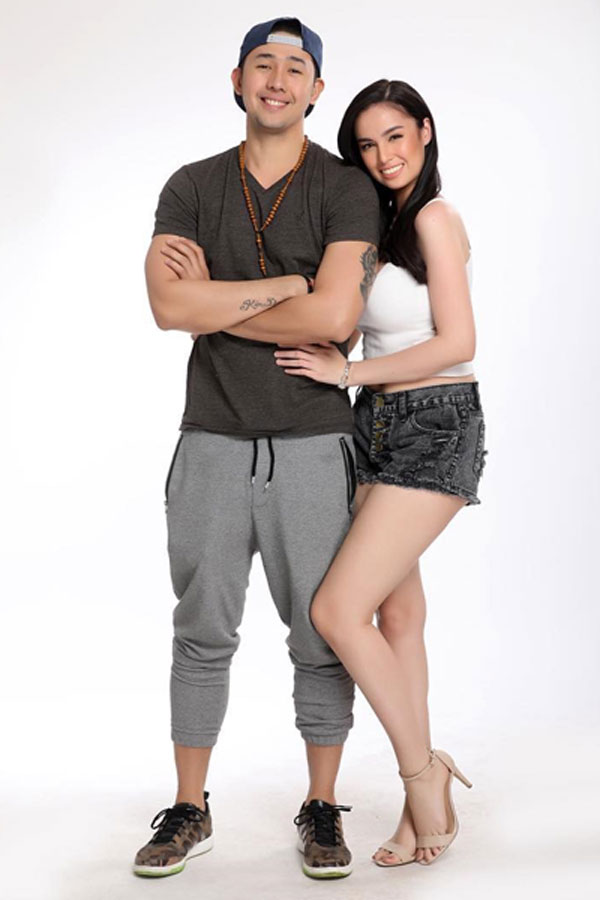 In an exclusive interview with PEP.ph (Philippine Entertainment Portal) on April 25, 2019, Kim admitted that she and Mike were already living together.

By that time, they had been together for three years.

But on July 8 of the same year, or just three months later, Kim announced that she had broken up with Mike.

Just like in her previous long-term relationship before Mike, Kim refused to disclose the reason behind the breakup.