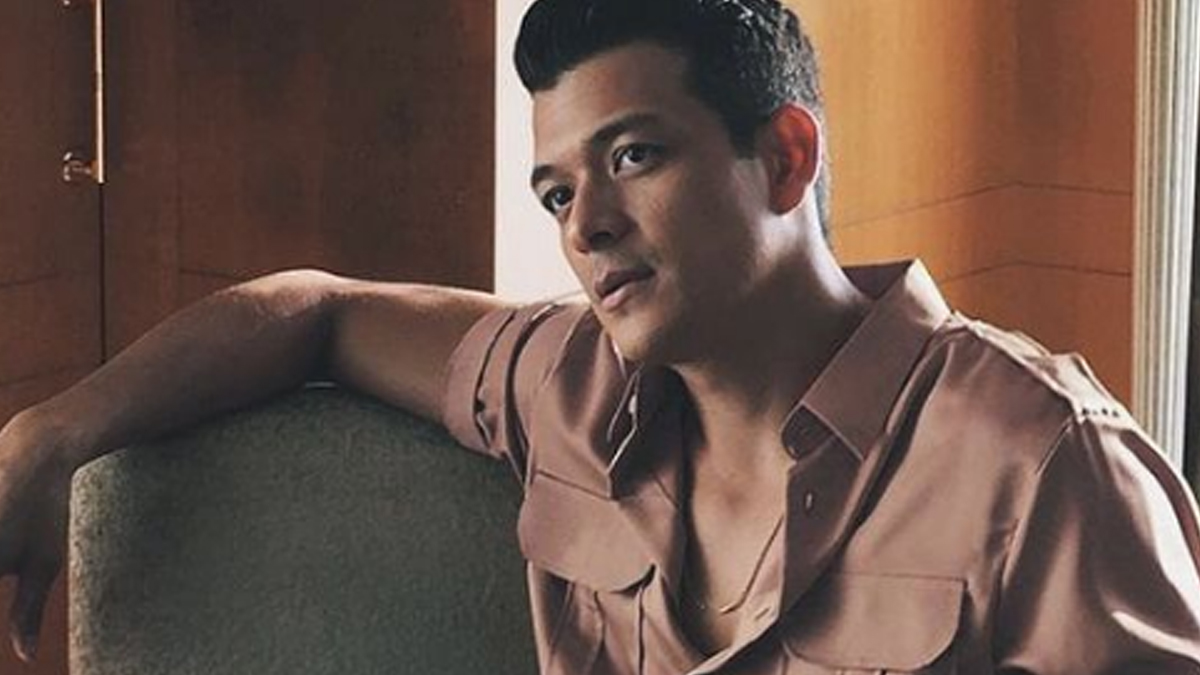 Jericho Rosales, also known as Echo, is a 41-year-old ABS-CBN actor/singer and one of the most sought-after leading men of this generation.
PHOTO/S: @jerichorosalesofficial on Intagram

Jericho Rosales, also known as Echo, is a 41-year-old ABS-CBN actor and performer.

With his impressive acting chops and undeniable charisma, Echo has become one of the most sought-after leading men of this generation. He was even hailed "Asia's Drama King." 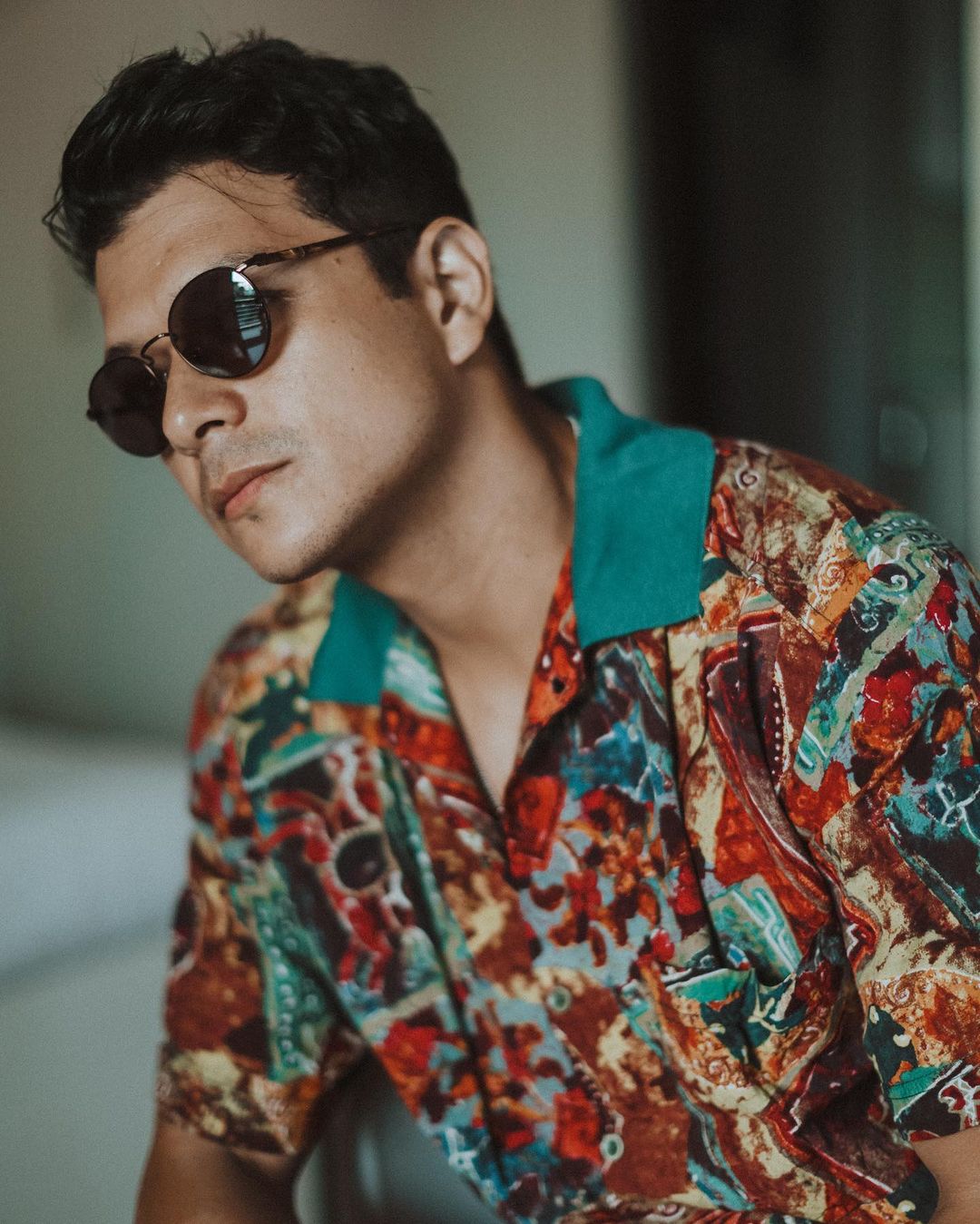 Before he became an A-list star, Echo lived a humble life. He was born on September 22, 1979, in Quezon City. Echo's father is Santiago Rosales while his mother is Rosario Vibar. He has a sibling named Jeremiah Rosales.

Born to a poor family, Echo never really dreamed of becoming an actor. At the young age of 14, he already started helping his parents with their daily expenses.

He worked several different jobs—from a street vendor to a fish vendor in Marikina's Concepcion Market, a jeepney 'barker,' a service crew member of a pizza chain, and a personal driver—to help provide for his family.

On May 18, 2020, Echo talked about his humble beginnings in a lengthy post on Facebook. Part of his caption read (published as is): "When i was young i collected discarded wires and old newspapers to be sold in junk shops in exchange for money and sometimes cheap cheese curls.

"I collected plastic trash from a dumpsite with my cousin, I sold ice buko (frozen coconut water with milk and sugar), sold fish in the market, became a jeepney “barker”, a pizza boy and a driver.

"Clearly, i did not have the ideal life situation. But I had a dream - to get myself and my family out of poverty and have our own house. That was my first major dream.

"I had faith in God and I also had time. So i prayed and prayed and never stopped learning new things. I kept moving. I kept my dream infront of me." 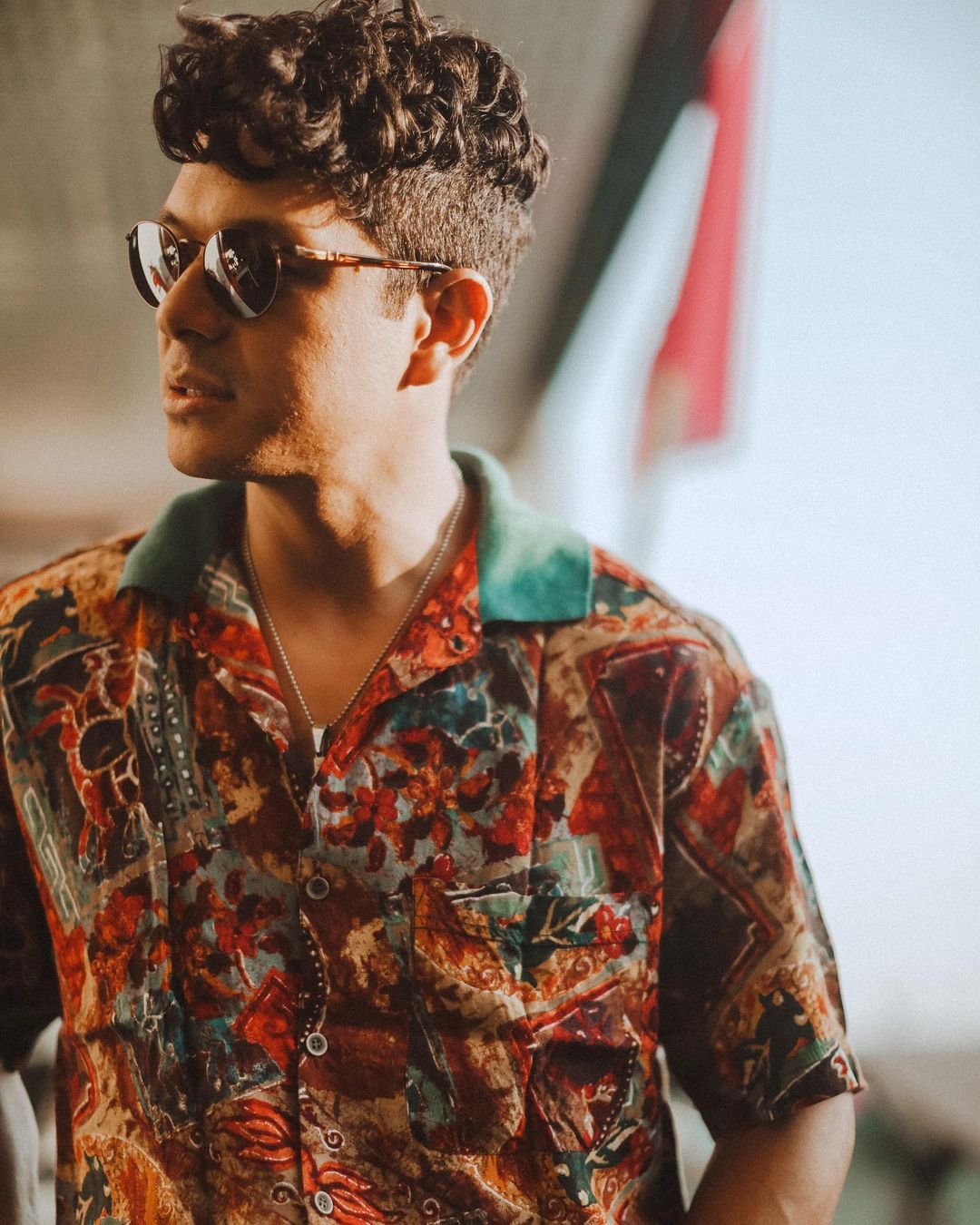 Echo was not able to finish his studies because his family was struggling financially.

In the same post, he wrote, "I came from a poor family, went to 6 public schools in elementary and high school. Didn’t go to college because i didn’t know what career meant and we simply could not afford it."

According to a 2009 article on PhilStar, Jericho went to New Era High School in Quezon City for his secondary education.

Despite not being able to go to college, Echo found other ways to educate himself.

He revealed in his Facebook post, "Self-education, learning skills, surrounding yourself with forward thinking like-minded people and using your challenges as tools for self-improvement/development are keys to opening doors of opportunities.

"I learned to speak English by watching TV and movies. Forcing myself to read and talking to people gave me wonderful ideas and opened my eyes to new possibilities with a clearer vision for my life."

In 1996, Echo entered Eat Bulaga!'s Mr. Pogi contest and was dubbed the "Charlie Sheen" of Marikina City. He joined the competition on the encouragement of his former boss, for whom he worked as a personal driver.

Echo won the competition, and at the age of 17, he officially joined Eat Bulaga! as one of the noontime show's hosts.

That same year, he became part of the cast of ABS-CBN's Sunday variety show ASAP and the prime time drama series Esperanza, where he was paired with Angelika Dela Cruz. His on-screen tandem with Angelika continued in the teen horror series !Oka Tokat.

Echo skyrocketed to fame after portraying the role of Angelo Buenavista in Pangako Sa 'Yo, which aired from 2000 to 2002. The success of his love team with Kristine Hermosa also transcended to movies with Star Cinema's box-office hit Forevermore (2002). Since then, Echo has become a staple in the Kapamilya network's prime time block.

In 2006, he left Star Magic and signed a management contract with Manila Genesis, headed by Angeli Pangilinan, wife of Gary Valenciano. He returned to Star Magic in September 2014.

In 2020, Echo was announced as the lead star of Dreamscape Entertainment's Naglilibot ng Kaluluwa. The project, which was supposed to be Echo's comeback in the prime time block, has been delayed because of the COVID-19 pandemic and the denial of ABS-CBN's franchise renewal. 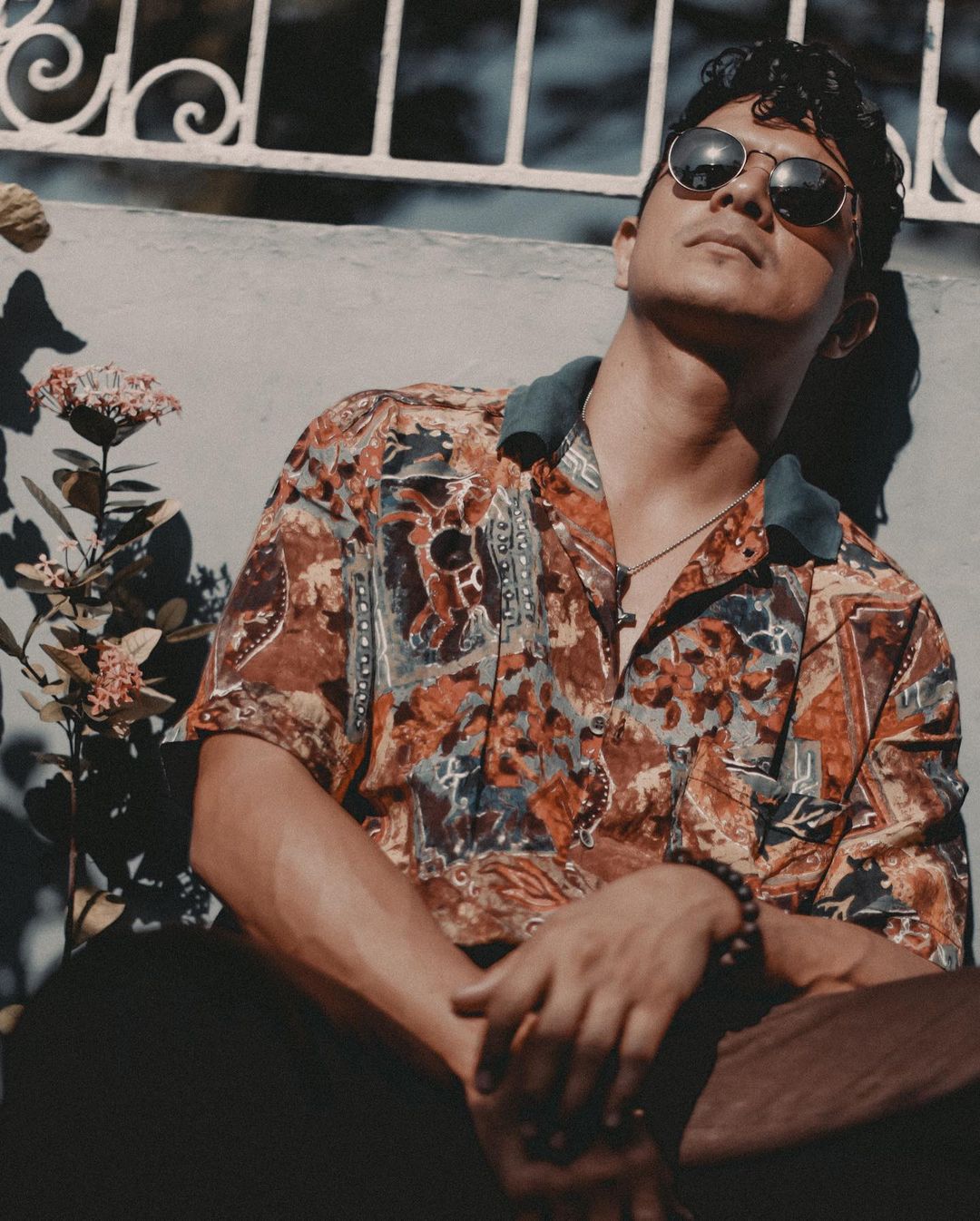 Echo also became popular in Malaysia after Pangako Sa 'Yo was aired through Astro TV network.

In the same year, Echo worked on the Hollywood movie Subject: I Love You with Superman actor Dean Cain and Step Up star Briana Evigan. The film was released in theaters in April 2011 as part of the Newport Beach Film Festival in California.

Having worked with foreign productions inspired Echo to pursue an international career.

Currently, Echo is looking forward to flying to Los Angeles, California to film a new movie. The Kapamilya actor talked about his plans in his interview with Yong Chavez for ABS-CBN News last October 30, 2020.

He said, "It may push through, it may not push through because of COVID, we don't know. But I'm hoping fingers crossed by March, I will be there." 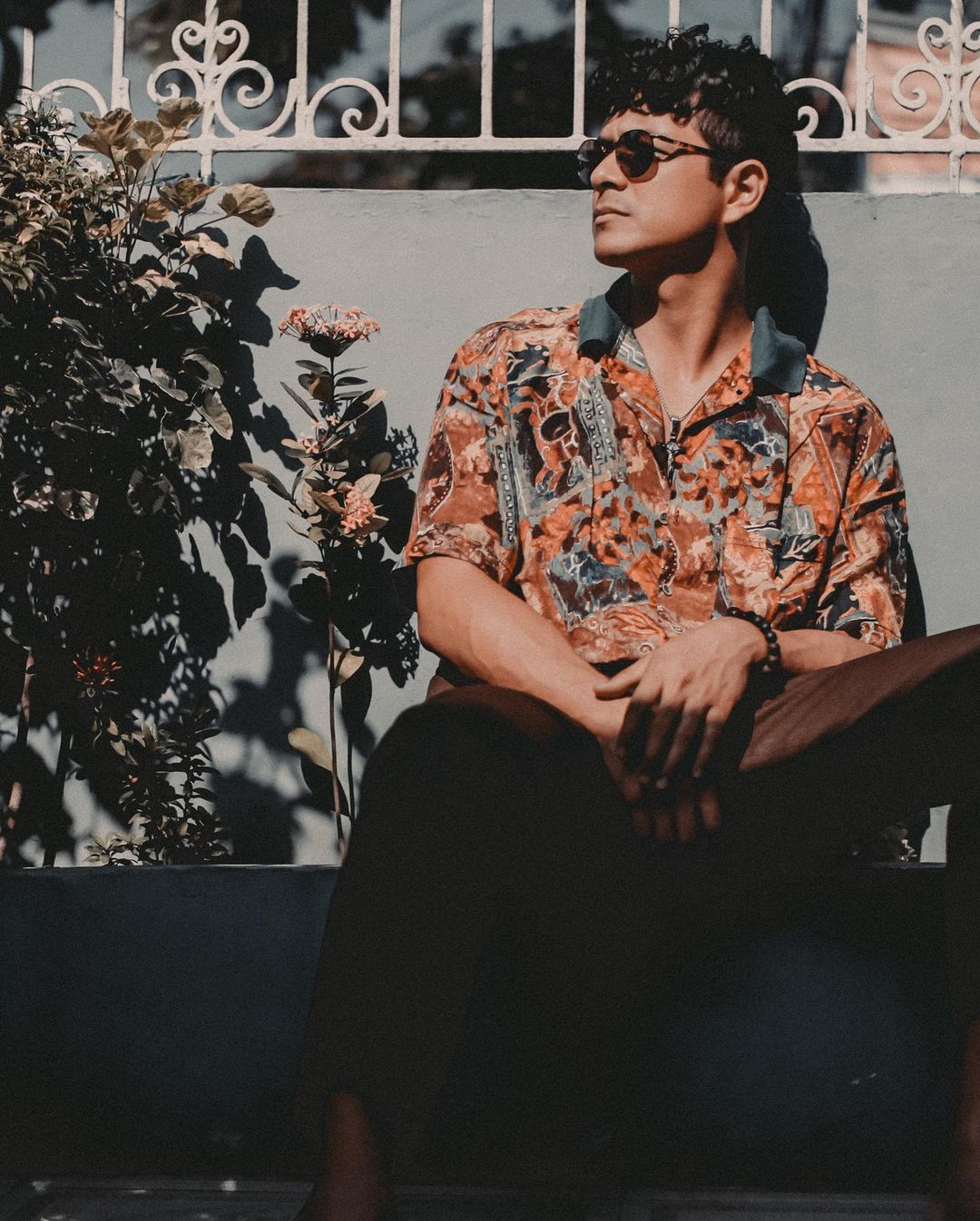 Echo also pursued a career in the music scene. He was once part of a group in ASAP called Hunks with Carlos Agassi, Diether Ocampo, Piolo Pascual, and Bernard Palanca. In 2001, their group released an album titled Hunks Live.

Some of his well-known songs are "And I Love Her," "Pusong Ligaw," "Bumuhos Man Ang Ulan," "Naaalala Ka," and "Makita Kang Muli." 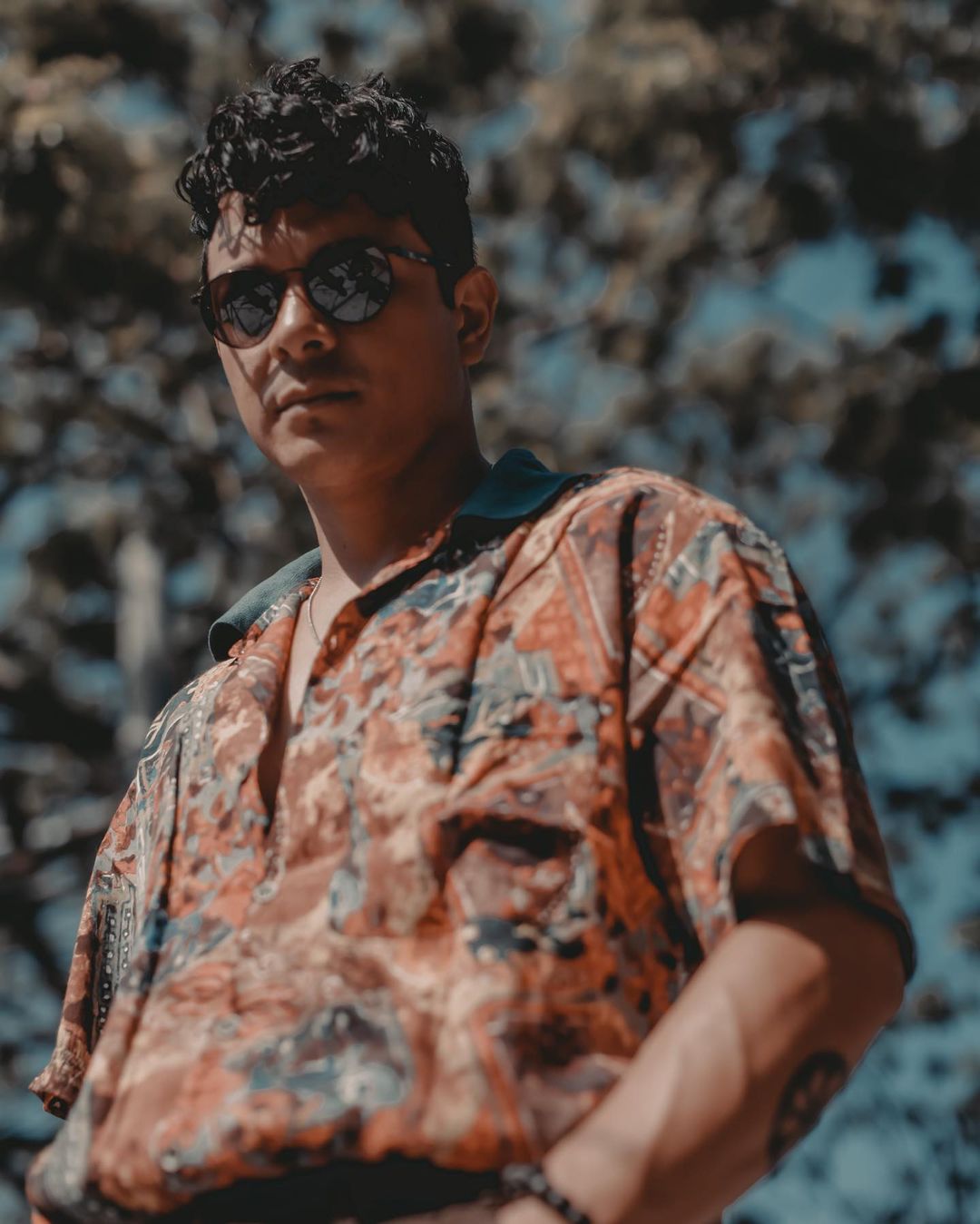 In 2000, Echo was in a relationship with top model Kai Palomares, with whom he had a son named Santino.

Echo turned his on-screen partnership with Kristine Hermosa into a real-life relationship after the success of Pangako Sa 'Yo. Kristine regards Echo as her first love. Their relationship lasted for three years until their breakup in 2003.

In 2005, Echo got in a relationship with Heart Evangelista, his love team partner in the Kapamilya fantasy drama series Carlo J. Caparas' Ang Panday. The couple called it quits in 2008. Heart revealed the reason for their breakup in a sit-down interview with YES! magazine for its May 2013 issue.

The former Kapamilya actress said her parents made her believe that Echo cheated on her with Carmen Soo, who was Echo's on-screen partner at the time.

In 2009, Echo was romantically linked to Karylle but the actor immediately put down rumors about his "closeness" with the singer/actress.

He told PEP.ph in a previous interview, "We've known each other for a long time now, because of Genesis [Entertainment]. We're of the same management before; pareho kami ng account manager. Dati pa, nagte-text na rin kami, hi-hello, that's all. Grabe!"

Echo is now happily married to Kim Jones, his wife of six years. The couple got married in a beautiful garden wedding at Shangri-La Boracay Resort & Spa on May 1, 2014.

They first met in March 2011 after a common friend introduced them to each other. Echo and Kim officially became a couple in October 2011 but it was only in February 2012 when they confirmed their relationship.

Here are the awards won by Jericho through the years: