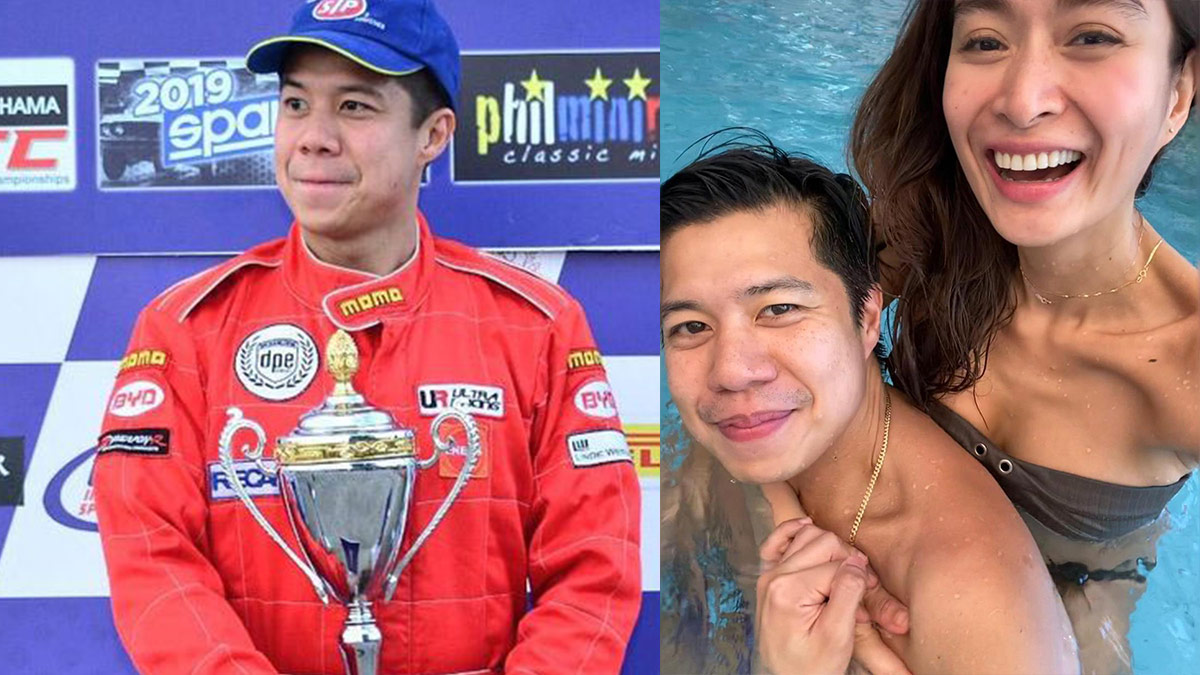 In her interview with Preview.ph for its November 2020 digital cover feature, model-host Phoemela Baranda, who is five months pregnant, reveals that Filipino-Chinese businessman and professional race car driver Jason Choachuy is the father of her second child.
PHOTO/S: @jason_choa on Instagram

Phoemela Baranda surprised local showbiz after baring it all as the digital cover girl of Preview.ph.

The 40-year-old model/host looked radiant in the photo showing her five-month baby bump.

Phoemela also revealed the father of her baby.

He is Jason Choachuy, a Filipino-Chinese businessman and a professional race car driver.

With Phoemela's announcement, showbiz fans want to know: "Who is Jason Choachuy?"

Here's what we've gathered so far about Jason:

In Phoemela's interview with Preview.ph, the Viva talent revealed she and Jason started dating around November 2019 after they reconnected at the Formula V1 Endurance race at Clark International Speedway in Pampanga.

Both race-car drivers, Phoemela and Jason started out as good friends, and they've known each other for seven years.

Phoemela first ventured in race-car driving when she participated in the celebrity class of the inaugural 2014 Vios Cup.

Jason also happened to be a participant in the competition's centerpiece race.

2. Jason first became known in the showbiz scene as the boyfriend of GMA-7 actress Rhian Ramos.

They started dating in 2015 but the couple decided to call it quits after three and a half years of relationship.

Jason started his career on the tracks in 2006 as a professional drifter.

Jason won the first two legs of the 2014 Vios Cup and finished the race as overall second runner-up.

In 2015, he had a podium finish at the Philminiracers Classic Mini Championship.

4. He is passionate about cars.

In his interview with Mico Halili for Yahoo! in October 2014, he said, "I already liked cars when I was three years old. I started racing when I was 12 or 13 years old.

"From there, it grew. I would watch Filipino motor shows on television, the ones of Mike Potenciano or I would watch Pocholo Ramirez or sila JP Tuason.

"I also watched this documentary on (legendary Filipino racecar driver and 2-time Macau Grand Prix winner) Dodjie Laurel. So I got inspired to race."

5. He is known as "The Destroyer" on the tracks.

In the same interview, Jason revealed how he got the monicker.

He recalled, "I got that through drifting. When I started drifting back in 2006, I was driving very aggressively and I was blowing up engines.

"In drifting, contact is allowed and I was bumping people already. That’s how they made me The Destroyer."

Jason, however, wasn't proud of this title.

He explained, "It’s very negative. For most of my career, I’ve been driving for sponsors like Atoy Body Kits, Autoindustriya and now Toyota Balintawak.

"So when there’s a new sponsor that wants to get me, parang they could say, ‘Don’t get that guy ‘cause he’s The Destroyer so he’s gonna destroy your car.’ It’s negative."

6. He may be known as a bad boy on the race tracks but he's scared of cockroaches.

7. He came from the family of Choachuys in Cebu.

Jason, who hails from Cebu, is the son of Mary Jane Choachuy and the late Filipino engineer Samson Lim Choachuy.

As such, he founded modern Pranic Healing and developed the Arhatic Yoga system.

Pranic healing is a natural healing technique that uses prana or "life force" to accelerate the body's inborn ability to heal itself.

According to pranichealing.com.ph, he founded the Institute for Inner Studies, Inc. in 1987 and has established hundreds of Pranic Healing centers in 150 countries.

8. Aside from racing, Jason is also into tennis.

Based on his Instagram feed, Jason often plays tennis as part of his workout.

Jason has documented his travels in his Instagram account. He's been to France, Japan, Sri Lanka, Italy, Switzerland, Iceland, and the U.S., among many other destinations.

Aside from cars, pictures of food are all over his Instagram feed.

11. His passion for food led him to invest in a food-related business.

An article on The Philippine Star dated July 2013 named Jason as one of the partners of Riviera by Chef Patrice, a catering business founded by the renowned French chef and restaurateur Patrice Freuslon. The other partners are Kerwin Yu, Atom Ungson, and Andren Dizon.