Markus Paterson: Heartthrob of all trades 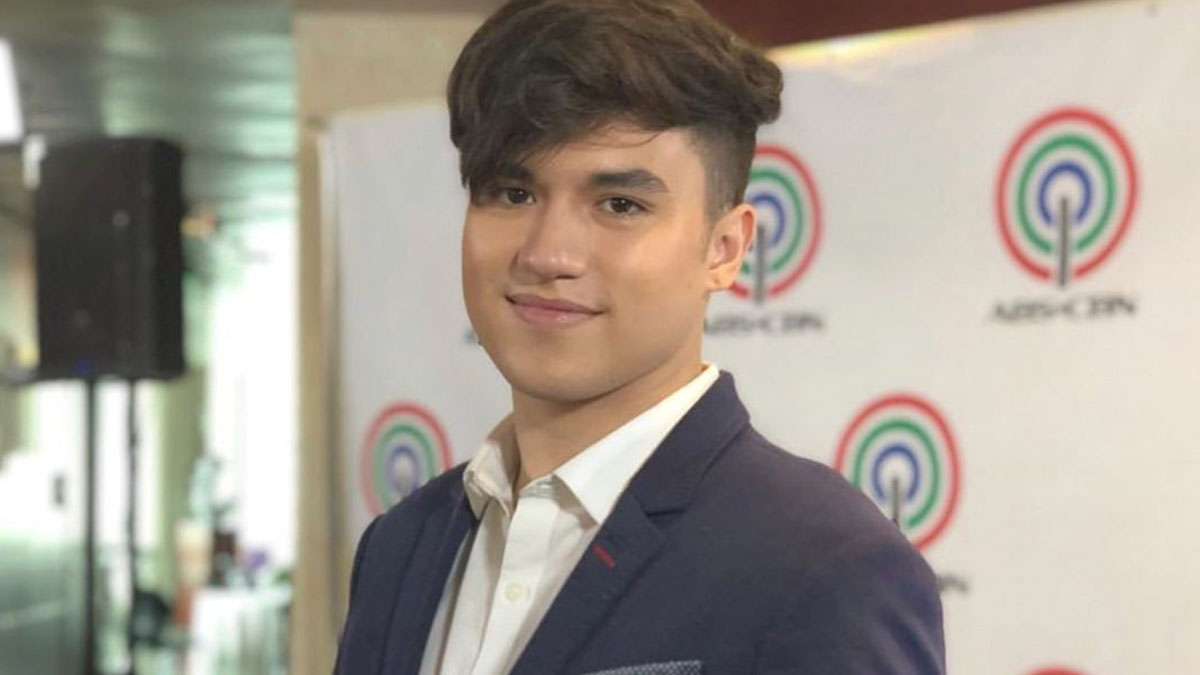 Markus Paterson up close and personal—actor, singer, sportsman, among other things.
PHOTO/S: @markus on Instagram

He is currently co-managed by Star Magic, the talent management arm of ABS-CBN, and A-List Talent Marketing Agency. 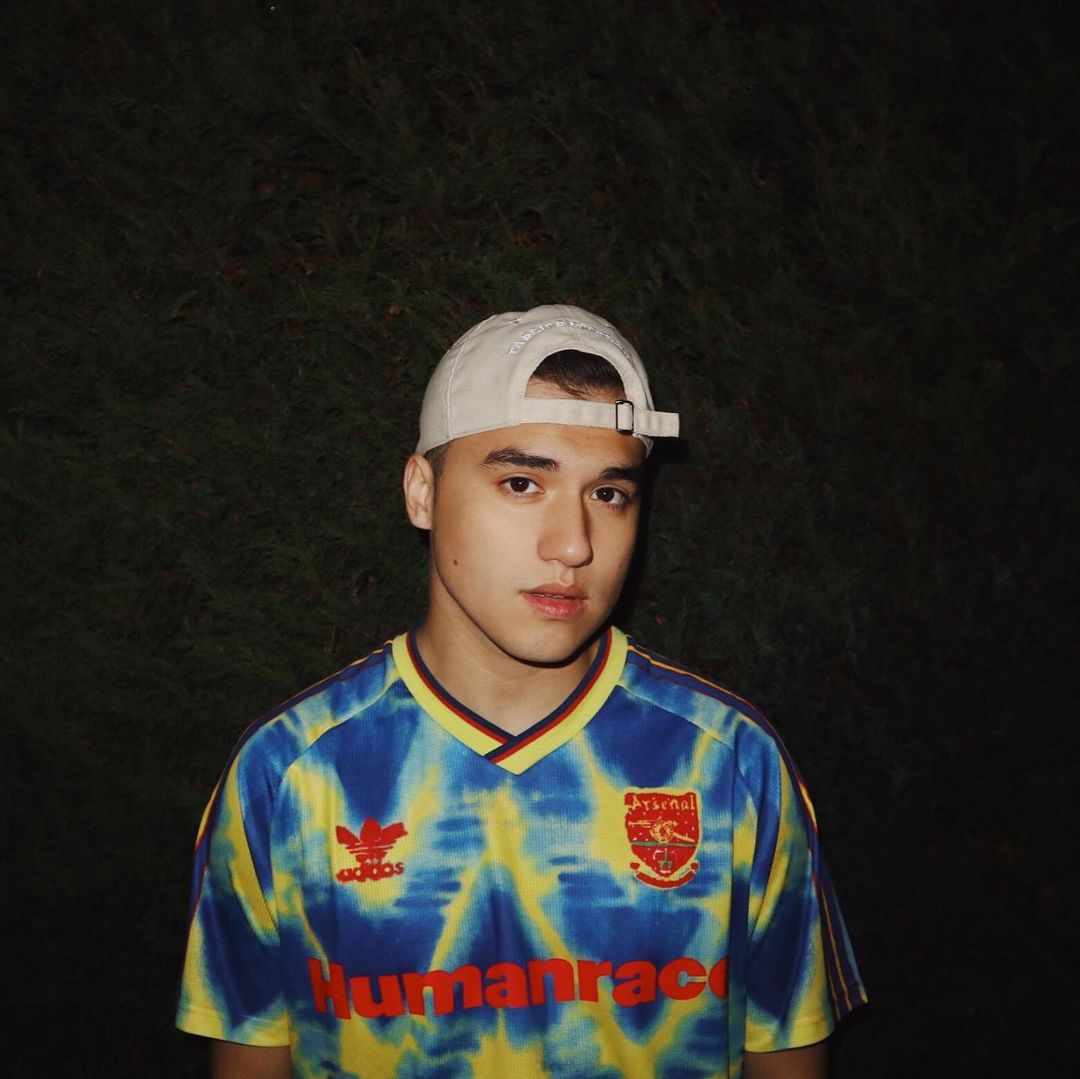 Most of his childhood was spent in the United Kingdom. He was nine years old when he left for the Philippines in 2007 and studied at the Reedley International School in Manila.

A few years later, he went back to his hometown in England and joined his father. 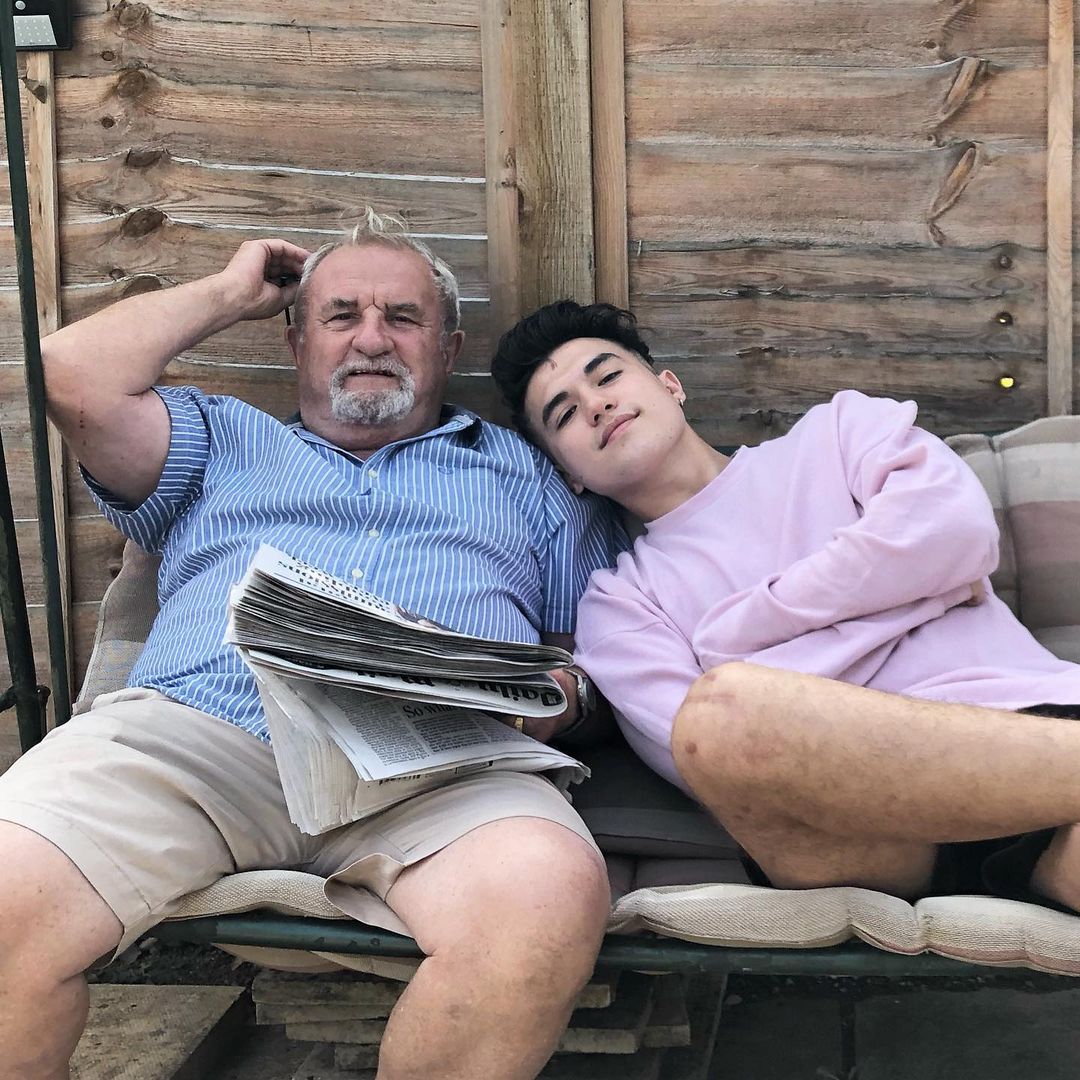 In 2015, Markus returned to the Philippines to continue his studies and pursue a course in Hospitality Management at the Enderun Colleges in Taguig City.

He recalled in his inteview by RX 93.1's #AllOut radio show last June 2020 how he became part of the school's Kaya F.C. Elite football team.

Markus told hosts Rico Robles and Karla Aguas, "I had a scholarship there for their football team. And then, I started playing for Kaya FC.

"It was fun. I met a lot of cool dudes, played a lot of good football."

However, he had bigger reasons why he decided to move back to the country.

Markus said in his interview in Magandang Buhay in November 2016, "I chose to come here kasi para sa akin, I won't enjoy my life unless I take risks, unless I step out of my comfort zone.

"It's an important part of my life and na-e-enjoy ko naman po yung pagkanta, pagsayaw, so I said, 'Why not step out of the box?'"

According to his profile page on Star Magic's official website, Markus is also a trained mixed martial arts fighter and a Jiu-Jitsu blue belt holder. He is into swimming and gymnastics as well. 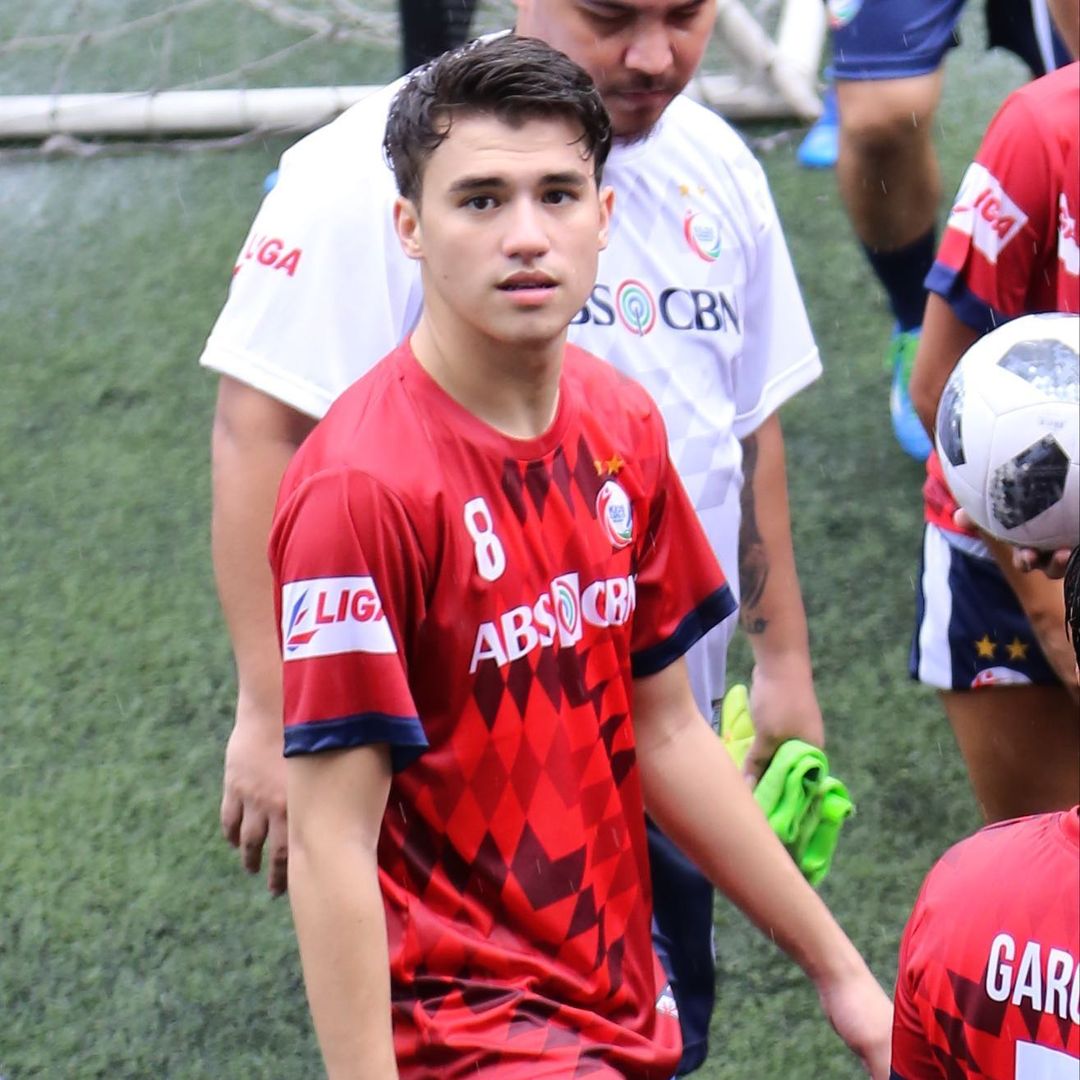 Markus started his showbiz career in 2016.

He was spending the holiday break in Boracay Island when he was discovered by Allan Altera of A-List Talent Marketing Agency in December 2015.

In the same interview with RX 93.1, Markus admitted he turned down the offer at first because he wanted to focus on his football career.

"Then, kind of weeks went by and I'm like, 'Damn, I'm broke. How am I gonna pay rent this week?' Football doesn't pay you."

In 2016, Markus started auditioning for commercials and then Allan, his manager, introduced him to Star Magic.

He recalled, "After the commercials, my manager at that time, 'You know what, I'm gonna present you to Star Magic.'

Markus endured four go-sees with Johnny Manahan, also known as Mr. M, the former head of Star Magic, before he made it.

He told Rico and Karla, "On the fourth time, for some reason, I didn't change or anything, I was still white as hell.

The young actor 's first project as a talent of Star Magic was a hosting stint in ASAP Chill Out, "I was a co-host there. That was really fun."

After his stint at ASAP Chillout, Markus tried his luck in Pinoy Boyband Superstar, in which he emerged one of the show's finalists. 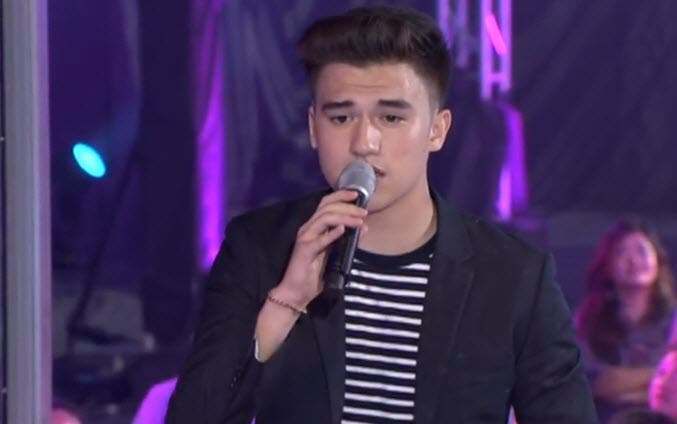 His particpation in the boyband search opened to him the doors of showbiz.

In April 2018, Markus was named as one of the newest "MTV Buddy" of MTV Philippines and was tapped to host MTV Fuel along with Jodie Tarasek.

In September, he was cast as Joseph in the Kapamilya network's weekend fantasy series Wansapanataym: ManiKEN ni Monica that ran for two months until November 2018.

This was immediately followed by his next project, the action movie Tres, in which he was able to show his skills in martial arts. 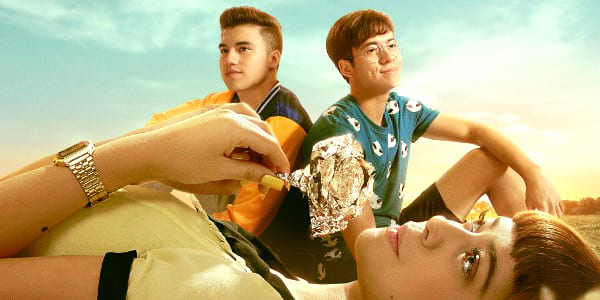 He bagged his first lead role in the digital series HIGH, which was released in April 2019 on iWant, the video streaming service of ABS-CBN. This was followed by another digital series titled Kargo. 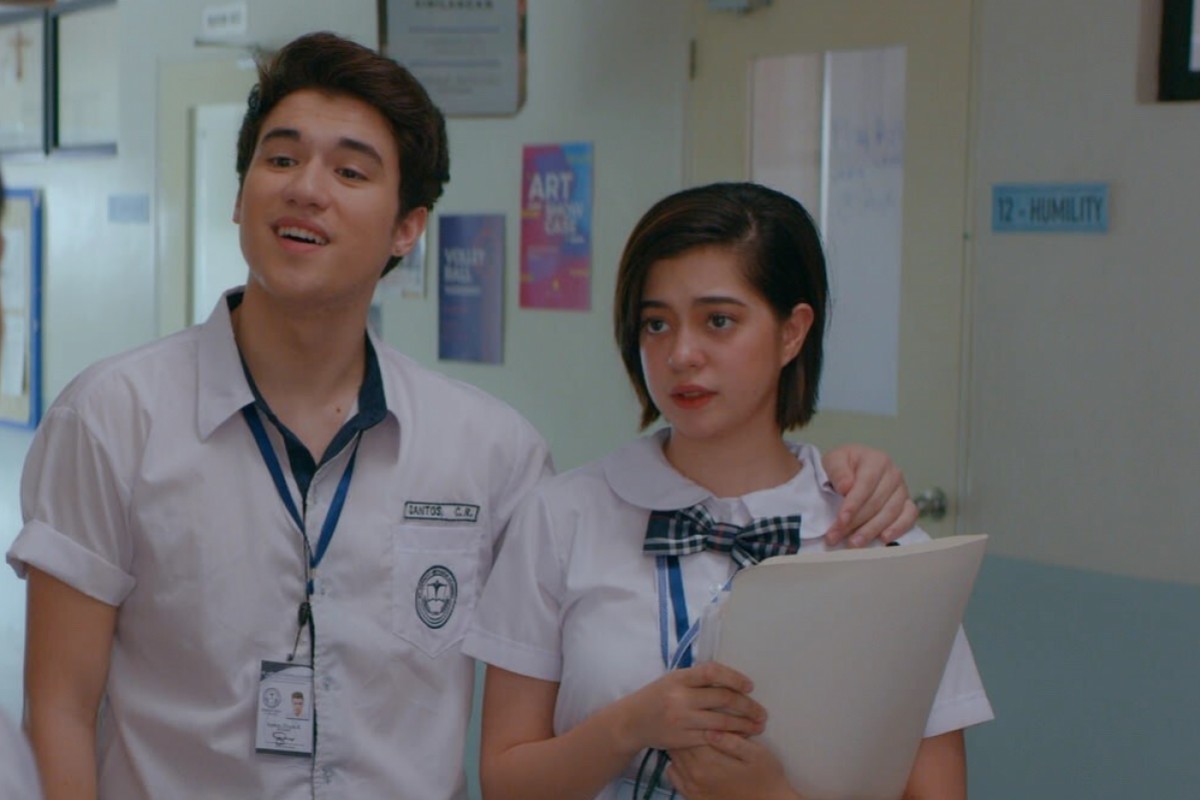 In 2020, Markus played Danny in the episode "Kotse" of the drama anthology Maalaala Mo Kaya, his only acting project for television that year.

In January 2021, it was announced that Markus would be added to the cast of the upcoming movie sequel of Hello Stranger starring Tony Labrusca and JC Alcantara.

Pursuing a career in the OPM scene, Marcus signed a record deal with Tarsier Records in 2017 after his stint in the Pinoy Boyband Superstar.

Since then, Markus has released multiple singles under the label, including "EASE," "Tell Me," and "Beautiful."

In October 2020, Markus released his debut EP titled B-Side, which includes the songs "Poem," "WDYG," "Better," "Daylight," "For J," and "Best Wishes," the lead single of the album.

Markus is currently in a relationship with Janella Salvador.

Rumors about their relationship sparked in April 2019, after Janella was spotted getting cozy with Markus' family.

Markus and Janella, wanting to keep their relationship low-key, refused to talk about the real score between them.

In June 2020, rumors about Janella's pregnancy with Markus' child made headlines.

In October 2020, PEP.ph (Philippine Entertainment Portal) reported that Janella had given birth.

The young couple only confirmed the reports on January 5, 2021: Janella and Markus confirmed on their YouTube channel they did welcome a baby boy they named Jude on October 20, 2020. 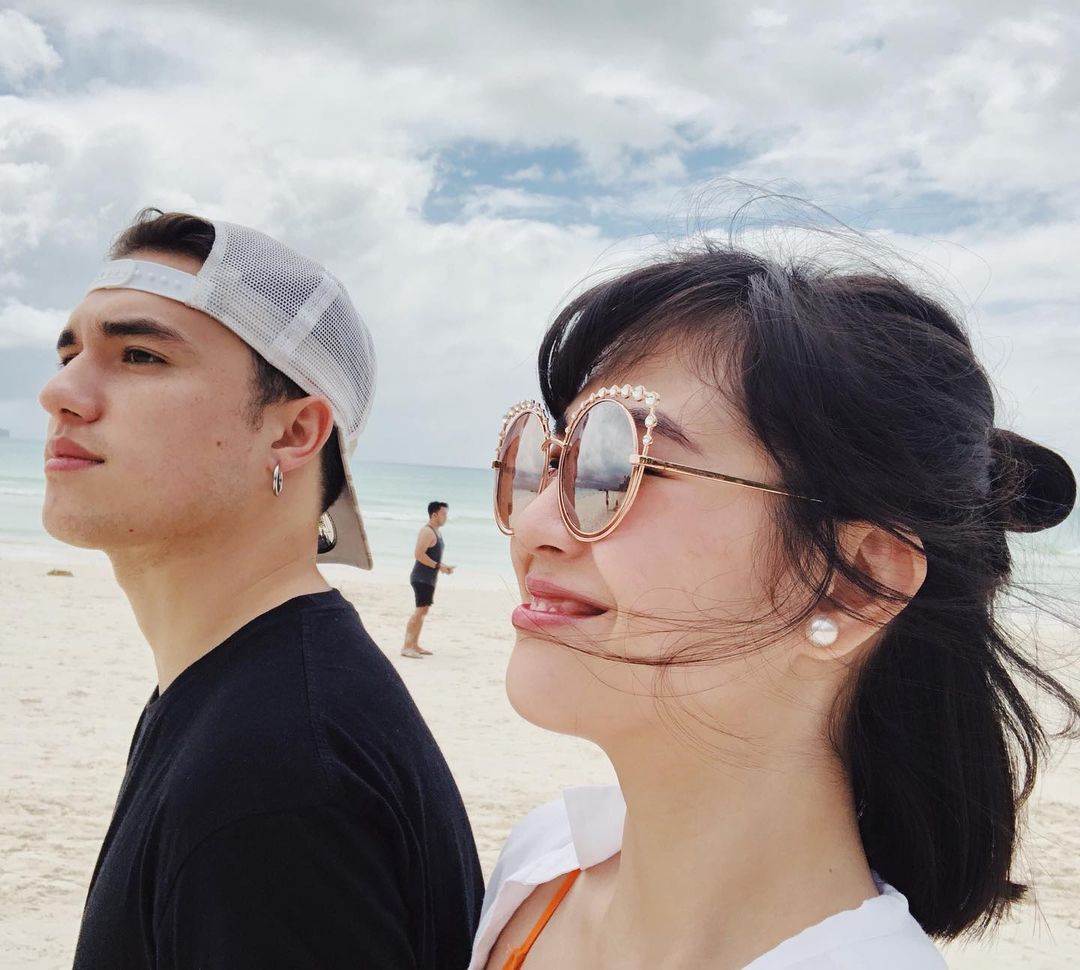 Before Janella, Markus was linked to other teen stars.

Markus was first linked to Margaret Ford Planas, the sister of Daniel Padilla. In an interview with PEP.ph (Philippine Entertainment Portal), the young actor said he is just good friends with Daniel and denied courting his sister.

In 2018, Markus got linked to his Sana Dalawa Ang Puso co-stars Heaven Peralejo and Ylona Garcia.

In February 2019, Heaven confirmed in her interview for Tonight With Boy Abunda that Markus courted her for three months.

The actress, however, admitted to getting hurt when she learned that Markus and Ylona got into a relationship with Markus Paterson just a few weeks after he courted her.

Markus was also linked to his Dead Kids and Ang Babaeng Allergic sa Wifi co-star Sue Ramirez for some time because of their closeness.

In October 2019, Markus said in his interview for Tonight With Boy Abunda that Sue is just a good friend and that he "never made ligaw."