Rocco Nacino: An actor, an achiever 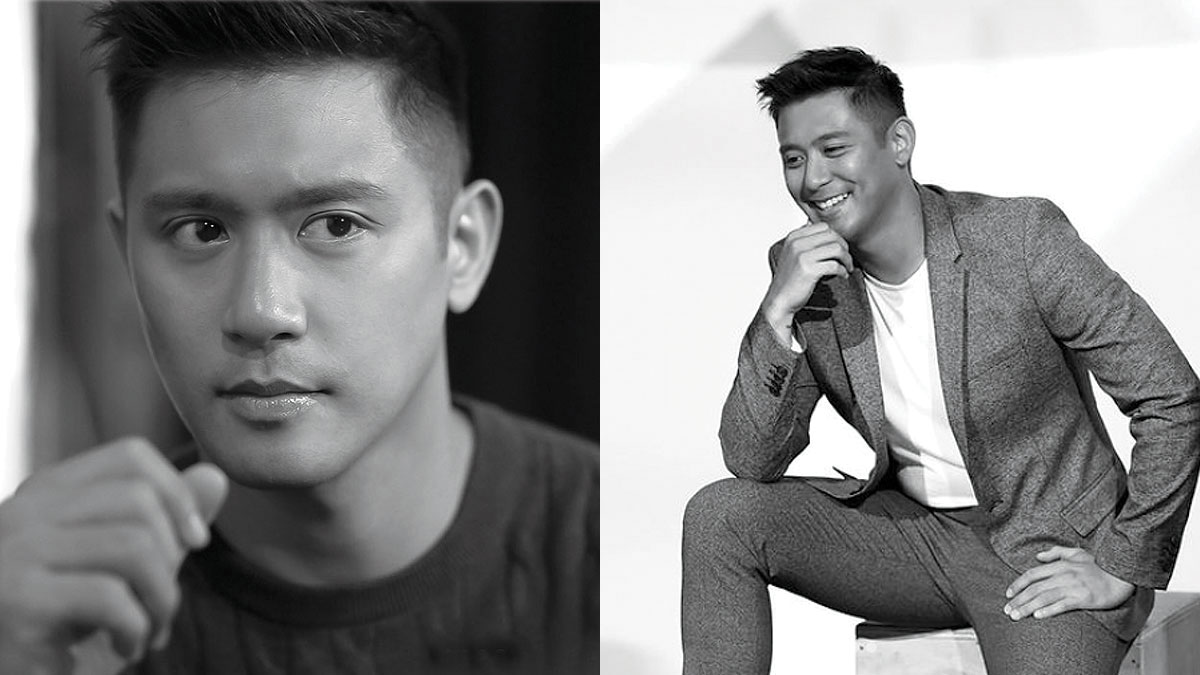 From being a runner-up in GMA-7 artista search StarStruck V in 2009, Rocco Nacino has indeed come a long way. This actor is also an entrepreneur, an athlete, a registered nurse with Master's degree, and a Philippine Navy reservist.
PHOTO/S: @nacinorocco on Instagram

Rocco Nacino has succeeded in becoming one of GMA-7's top leading men.

He finished second runner-up in GMA-7's reality-based artista search StarStruck V back in 2009, but look at his showbiz status now: Rocco has become one of GMA-7's reliable leading men.

The 33-year-old actor has starred in numerous teleseryes in his home network and has played leading man to the network’s lead actresses, such as Kylie Padilla, Lovi Poe, Kris Bernal, Sanya Lopez, and Jasmine Curtis-Smith.

After more than a decade, Rocco's career continues to thrive.

And he has added more notches to his belt: he is now an entrepreneur, an athlete, a registered nurse with a master's degree, and a Philippine Navy reservist.

Rocco, whose full name is Enrico Raphael Quiogue Nacino, was born in Baguio City on March 21, 1987.

His parents are Ralph Nacino, who also serves his talent manager, and Linda Nacino.

He only has one sibling: his brother Kyle, an industrial engineer.

Rocco was raised in Singapore and finished his primary education at Zhonghua Primary School.

His family then returned to the Philippines, and Rocco went to Makati Hope Christian School for his secondary education.

He earned his Bachelor of Science degree in Nursing from Mapua University and passed the licensure examinations.

JACK OF ALL TRADES

Despite his academic accolades, Rocco has chosen a different career path.

Does he plan to eventually put his college degree into practice?

“If I would do that, talagang kakalimutan ko iyong showbiz,” he explained in a recent YouTube video.

The actor also does not hide the fact that despite having a college and a master’s degree, his passion lies in entertainment.

However, more than just a career, Rocco considers his being a public figure as a responsibility.

This Kapuso actor is also a certified achiever in many fields.

He is an entrepreneur, as he owns a restaurant and co-owns boxing gyms in Metro Manila.

He is also a jiu jitsu athlete and has won a number of medals in MMA (mixed-martial arts) competitions in previous years.

He also got silver and bronze medals at the Rollapalooza Jiu-jitsu Tournament in 2018.

With these achievements under his belt, Rocco credits his father for being a good influence to him.

“’Tsaka iyong sinasabi ko na, ‘You only fail if you don’t try.’

“Iyong push that you get from you jump. 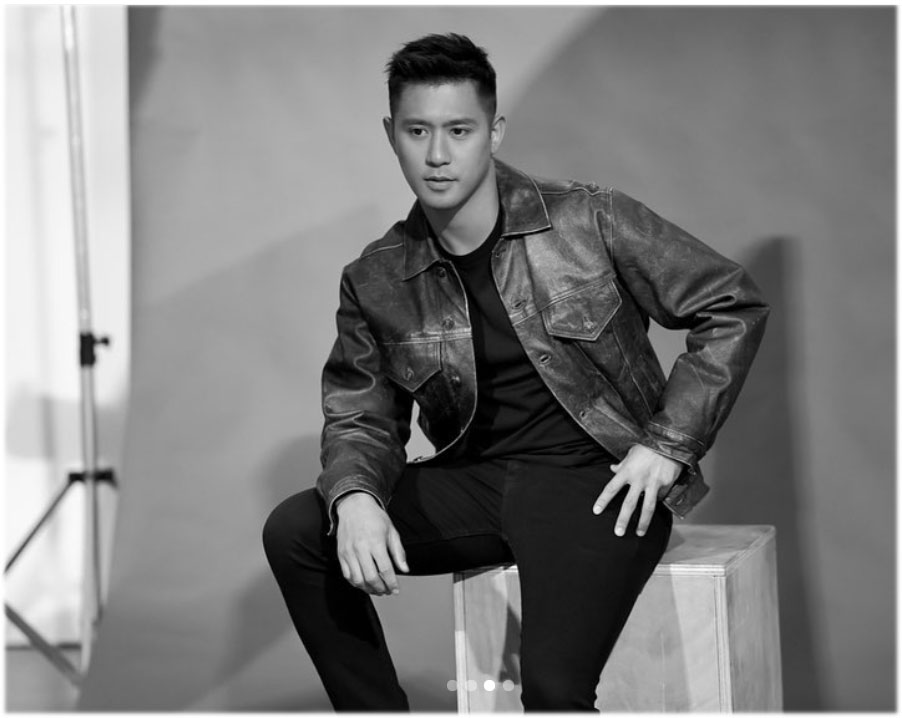 In 2007, Rocco tried his luck in MYX VJ Search, but he was not chosen.

Two years later, he joined GMA-7’s StarStruck V and was adjudged as the second prince or second runner-up.

To date, the most active in showbiz are Rocco and Enzo, with the latter now with ABS-CBN.

Rocco's feat in StarStruck became his ticket to showbiz.

He signed up with GMA Artist Center, which is the Kapuso network’s talent-management arm. 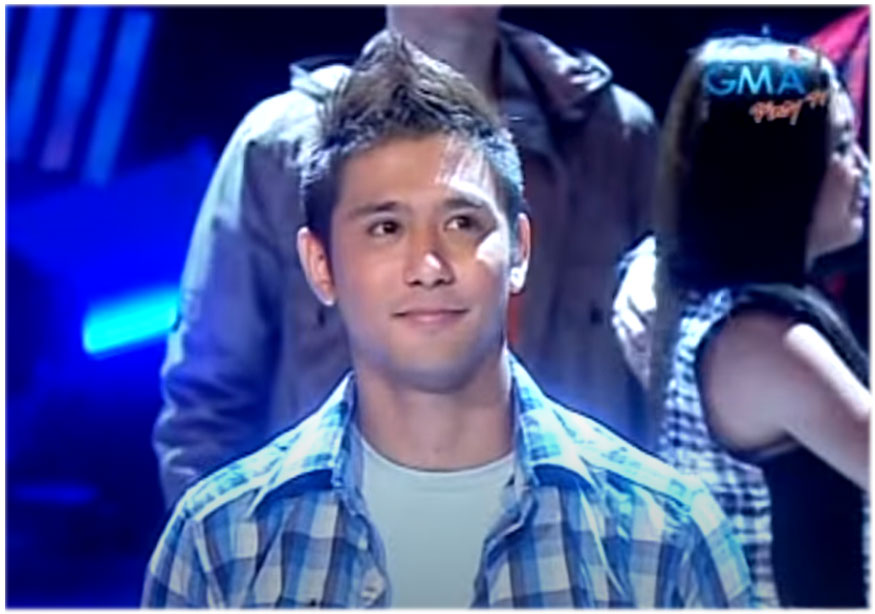 He was then given one project after another, and Rocco slowly worked his way up the ladder.

Then he was cast in Gumapang Ka Sa Lusak (2010), top-billed by real-life couple Jennylyn Mercado and Dennis Trillo.

Although Rocco only had a supporting role in this series, he was able to display his acting skills and got noticed.

Rocco was given his first-ever leading-man role in the teleserye Koreana, opposite Kris Bernal.

From then on, Rocco established himself as a reliable TV actor.

He was paired with some of GMA-7’s leading ladies, earning him the leading-man status.

Another notable character he played on prime-time TV was Aquil, the love interest of Sang’gre Danaya (played by Sanya Lopez), in the talked-about remake Encantadia (2016-2017).

His team-up with Sanya was widely welcomed by viewers that they eventually did more teleseryes as a love team.

In the 2012 movie Ang Sayaw ng Dalawang Kaliwang Paa, he bagged the New Movie Actor award in the 28th PMPC Star Awards for Movies and Breakthrough Performance by an Actor in the 9th Golden Screen Awards.

They eventually became a couple, but called it quits in 2016, after a two-year relationship.

It was not a good breakup, but the former couple eventually had closure a year after.

In a very recent interview, Rocco was asked once again why he and Lovi broke up.

The actor responded with a very intriguing statement.

Meantime, Rocco also clarified that he and Sanya never became a couple in real life. 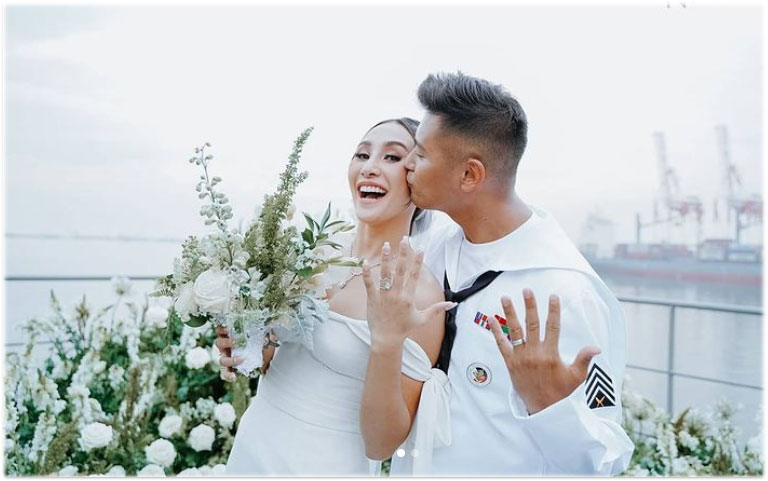 The couple announced their engagement via Instagram in November 2020, after three years of being in a relationship.

They kept their wedding private and posted about this life-changing moment on social media a day after it happened.

Trivia: Rocco became a Philippine Navy reservist in November 2019, and has the rank of Petty Officer (PO) 3rd Class. 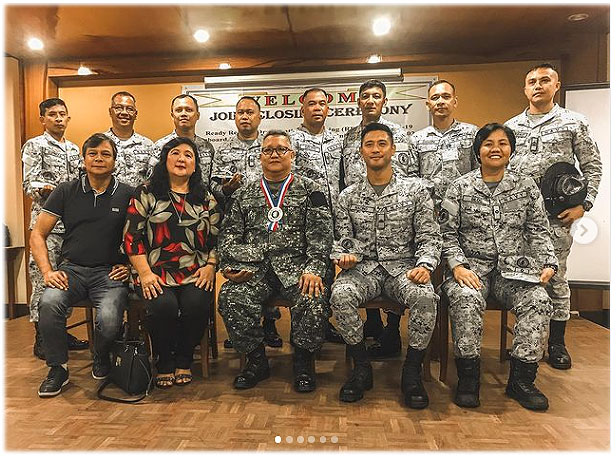 (Rocco fourth from left, during his oath-taking as Philippine Navy reservist)

Rocco also underwent military training for his role in Descendants of the Sun (2020), where he played Technical Sgt. Diego Ramos.