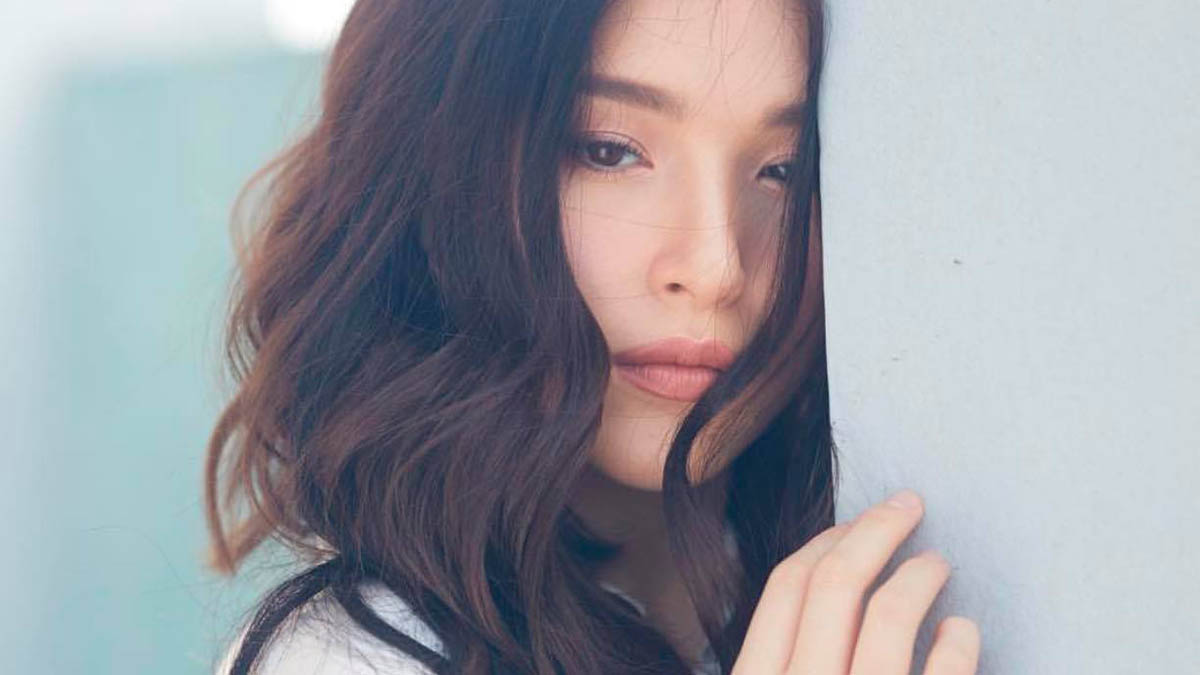 Actress-brand endorser-entrepreneur-singer-visual artist Kylie Padilla on being a Padilla: “First and foremost, before I’m a Padilla, I’m an artist. Gusto ko, iyon ang makita ng tao... I am my own person."
PHOTO/S: @kylienicolepadilla on Instagram

Kylie Nicole Sicangco Padilla-Abrenica, known in the entertainment industry as Kylie Padilla, is an actress/brand endorser/entrepreneur/singer.

Kylie comes from the famous showbiz clan of the Padillas.

She is the daughter of veteran movie actor Robin Padilla and former actress Liezl Sicangco.

Her grandfather Casimero “Roy” Padilla Sr. was a film director. Her grandmother Eva Cariño-Padilla was a former actress.

As much as it had been easy for her to enter showbiz and reap instant popularity because of her connection, Kylie bared she's been compelled to work doubly hard to prove she can truly act and become known as an actress independent of her family name.

She said in an interview on August 24, 2015 with PEP.ph (Philippine Entertainment Portal), “First and foremost, before I’m a Padilla, I’m an artist. Gusto ko, iyon ang makita ng tao.

“Hindi ko pinagdaanan masyado yung struggle to have a name, though may pressure para patunayan that I deserve where I am right now."

In that year, Kylie was doing lead roles in three GMA-7 afternoon series.

She hastened to clarify that the good roles she's been getting since she started in showbiz in 2008 were not just handed to her.

Asked about the disadvantage of being a Padilla, Kylie told PEP.ph, “You think too much of what people think. Nakakalimutan mo yung gusto mo, kung sino ka talaga.

Kylie, who was 22 years old during the interview, then stated, “I accept who I am now. It was a challenge for me to actually be brave enough to accept that I am my own person.” 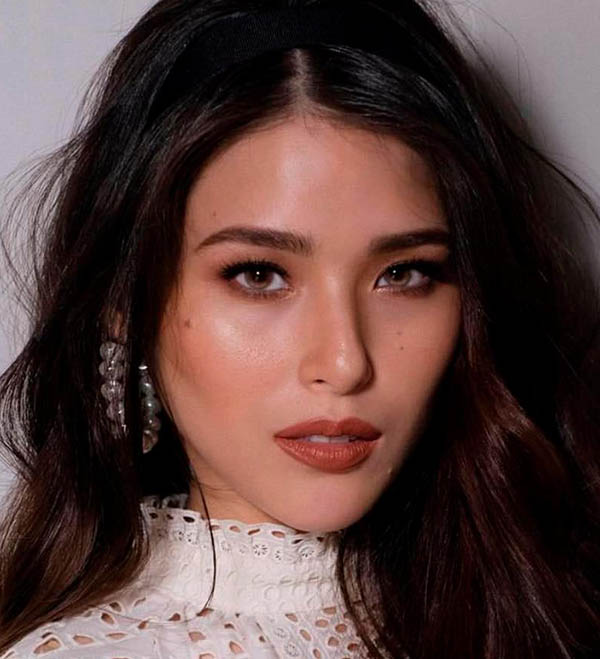 She is the second of Robin’s four children with former wife Liezl.

Her siblings are Queenie Padilla, Zherileen Padilla, and Ali Padilla. 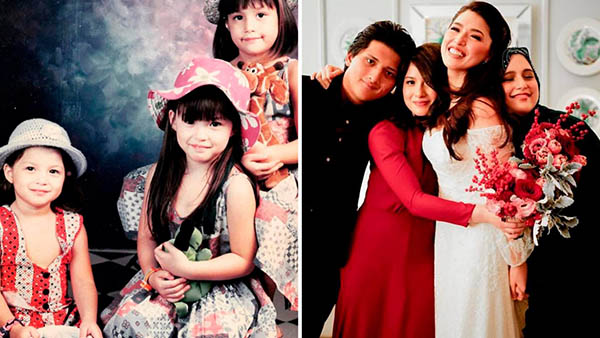 In her previous interviews, and even in her own vlogs, Kylie revealed that as a kid, to catch her dad's attention, she would get herself into all sorts of daring activities a girl normally wouldn't do.

She also wrote poems, composed songs, and painted, which she has continued to do until today during her free time.

amazing feat for a newbie

Kylie was seven years old when her family flew to Queensland, Australia, where they stayed for seven years and where she completed her elementary education.

Months after her family settled back in the Philippines in 2008, Kylie went to Thailand for a three-month formal Muay Thai training.

This was also the year she did her first showbiz project right after completing her Muay Thai training.

Kyle was fifteen years old when she did some action scenes as a warrior girl named Erenea in the GMA-7 action-fantasy series Joaquin Bordado helmed by Carlo J. Caparas and top-billed by no less than her father, Robin Padilla.

In one of the stunts deemed too risky for a teen newbie actress like her, Kylie crossed over the Marikina River while attached to a harness suspended 15 feet above the water, without a safety net installed beneath.

Kylie fearlessly—and perfectly—did the stunt, crossing about a hundred-meter distance to make it to the other side of the river, on the first take sans rehearsal.

Viewers were amazed by the confidence, talent, and bravery of the newest Padilla to enter showbiz. 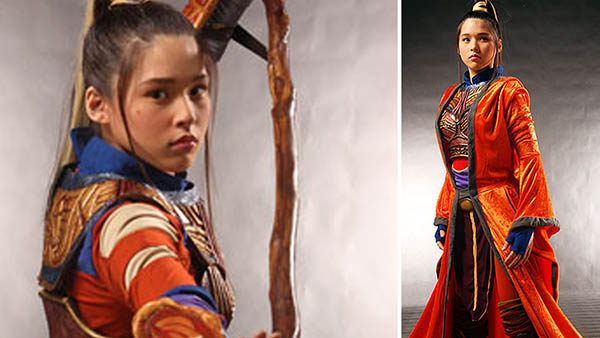 After Joaquin Bordado, Kylie became a regular performer in GMA’s Sunday noontime variety shows SOP Fully Charged, Party Pilipinas, and Sunday All Stars, where she displayed her versatility as a performer in her song and dance numbers.

Yes, Kylie is also a good singer and dancer.

The show was based on the writer Elena Patron's novel of the same title that was serialized in comics in the 1980s and made into a film in 1986 starring Snooky Serna.

In the TV adaptation directed by Jay Altarejos, Kylie played the role of Jessa, an unattractive young woman yearning for people’s acceptance while searching for her one true love, and transforming into a beautiful woman when wearing the mysterious black blouse. 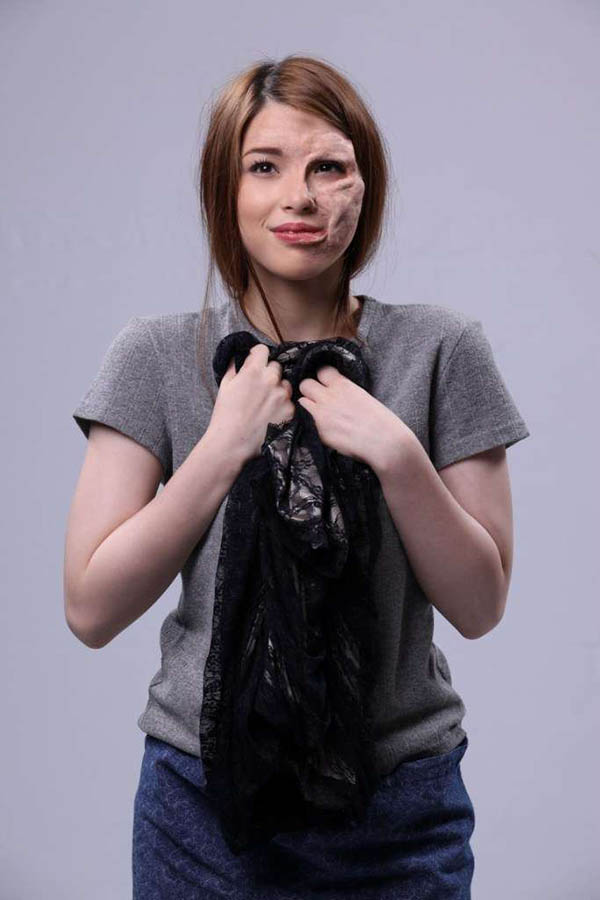 In the year that followed, Kylie played another lead role for the afternoon drama series The Good Daughter. The top-rating series premiered on February 13, 2012 and ended on June 1, 2012. 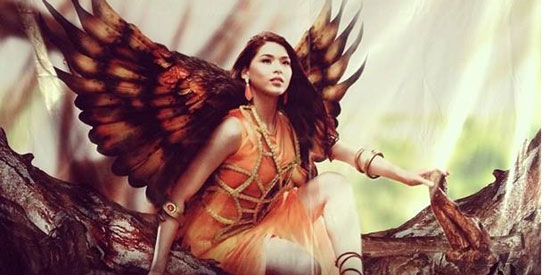 After portraying leads in a series of top-rating shows, Kylie appeared in two movies in 2014.

That same year, Kylie played the lead role in the horror movie Dilim, written and directed by Jose Javier Reyes.

She portrayed the character of a nursing student who encountered bizarre occurrences in a haunted dormitory where she was staying. Dilim also starred Rayver Cruz and Ella Cruz. 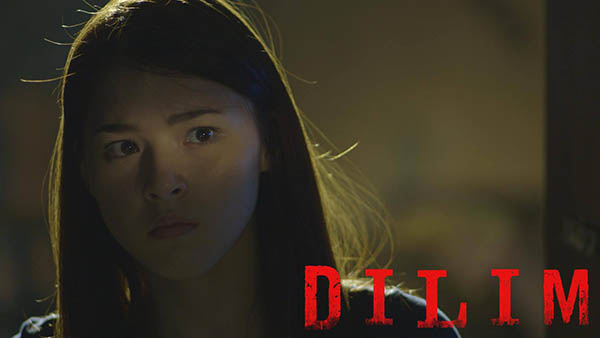 It was indeed a busy year for Kylie, who released her debut album Seasons, an eight-track album that contains her original compositions.

She told the entertainment press in a press conference in June 2014, “Hindi po kasi plinano for my career na mag-release po ng album.

She added, "Ako lang nag-produce ng album ko. I pay for the recording sessions and worked for it for two years nga."

Though Kylie had constantly played leads in teleseryes since 2011, it was her role in GMA’s remake of the drama-fantasy series Encantadia in 2016 that made her television career soar to greater heights.

In Encantadia, Kylie portrayed the role of Sang’gre/Hara Amihan, the keeper of the Brilyante ng Hangin and the future Queen of Lireo, the kingdom of the Diwata.

Even before the Encantadia remake aired its pilot episode, Kylie revealed in a GMA News interview in June 2016 she had auditioned not for Amihan but for another role.

In her blog entry titled “The Blue One” published on March 21, 2017, Kylie admitted she almost turned down Amihan’s role.

After not getting the Pirena part, Kylie said she decided to take a rest from doing TV series. She had just finished taping for Buena Familia at that time.

As it happened back then, Kylie was set to fly to Australia to be with her mom and siblings for a vacation.

She disclosed in her blog, “Now this part of the story I am kind of shy to tell. I must have come off as some sort of diva for turning an opportunity like Encantadia down just for a chance to have a little vacation.

“But, honestly, I really was just emotionally drained from working on my last television show Buena Familia, among other things.

“Just a few days before my flight to Australia, my manager called to tell me that I had a meeting with the director of Encantadia. Direk Mark Reyes.”

In her blog, Kylie revealed that she had a change of heart after Direk Mark introduced her to the Amihan character.

“I learned from the director himself about her, about who she was and what Amihan’s essence was.

“How she was the favorite daughter of the Queen and the most deadly fighter out of all four sanggres because her father himself had been the one to teach her how to use his sword which Amihan then carries until womanhood, even to her death.

“He also told me about Amihan’s childhood and how she grew up in the human world before she returned to Encantadia to also become Queen.” 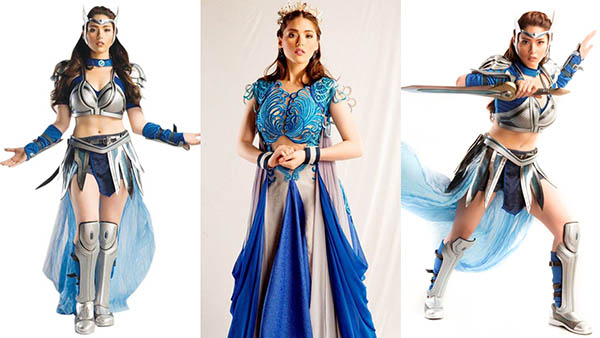 Kylie as Sang'gre/Hara Amihan for Encantadia

Kylie said she accepted the role because she wanted to try portraying a Queen “out of sheer curiosity and daredevilishness to face that nervousness.”

But then, “Little did I know just how deeply Amihan would affect me as a woman and what she would teach me as a mother NOT just some girl in a sexy outfit, midriff bare and naked.

“But much like real life, after the heartbreak life had brought her [Amihan], she grew into a braver much more exquisite woman. It was a surprise because the role of a sang'gre played much more differently in my head.

“She was the one sang'gre I had not thought much about but now, the one I could not have wished enough to play more.”

During the first week of March 2017, Kylie left Encantadia because of her untimely pregnancy.

Her boyfriend, Kapuso actor Aljur Abrenica, was the father of Kylie’s baby.

After giving birth in August 2017, Kylie had her TV comeback via the drama-thriller primetime series The Cure (2018), where she portrayed a special role as Adira Aguilar.

The year that followed, Kylie starred in drama rom-com series TODA One I Love opposite Ruru Madrid. It aired from February to April 2019.

In previous interviews, Kylie admitted that she had a crush on Aljur even before she entered showbiz.

The two instantly fell in love and began secretly dating.

They had to keep everything low-key not only for the sake of Aljur’s love team with Kapuso actress Kris Bernal, but also in consideration of Robin's opposition to their relationship.

In an interview on April 1, 2011, Robin said Kylie’s relationship with Aljur was “hindi talaga puwede.”

Robin, Liezl, and all their children are followers of Islam, while Aljur is Catholic. 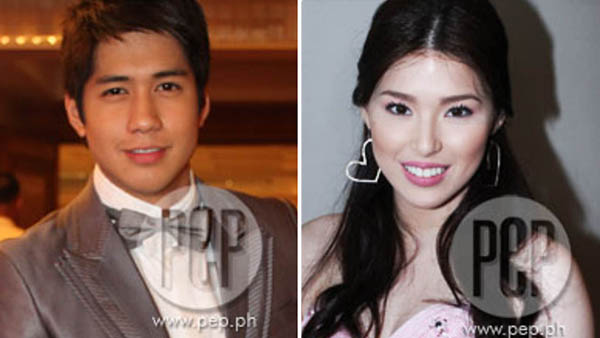 KYLIE & ALJUR: AGAINST ALL ODDS

In the beginning, Kylie and Aljur kept everyone guessing about the status of their relationship.

They veiled their true feelings for each other in public with all sorts of labels; from telling the entertainment press that they were “good friends,” each other’s “inspirasyon” and “first date” to having “mutual understanding,” being “very close” but "walang commitment," to “exclusively dating.”

On May 20, 2012, Kylie and Aljur finally confirmed their romantic relationship, but in a roundabout way when they announced that they've broken up.

In an interview with PEP.ph on June 3, 2012, Aljur hinted it was Kylie’s religion that led to their breakup.

But in December 2012, the couple were rumored to have rekindled their relationship.

Since then, Kylie and Aljur’s relationship had gone on on and off until ultimately they called it quits in 2014, seemingly for good.

In an interview with GMA’s defunct showbiz-oriented program Startalk on May 31, 2014, Kylie said it was Aljur who initiated the breakup, but she refused to divulge the the actor's reason for ending their relationship.

A year after, Kylie had a short-lived relationship with Matt Henares, a cousin of fellow Kapuso star Rhian Ramos.

In October 2016, Aljur surprised his fans when he posted on Instagram a photo of him and Kylie dining at a resto in Japan together. 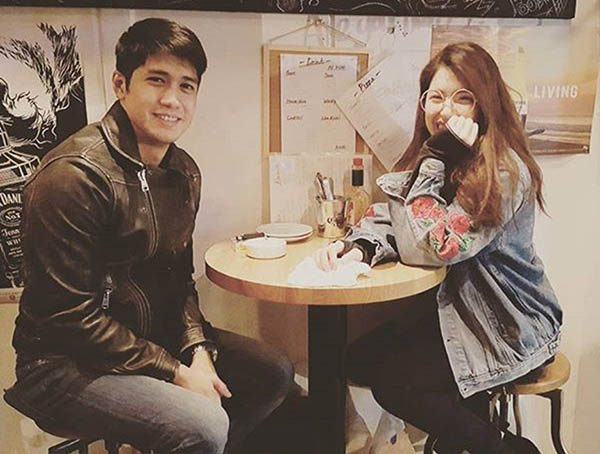 Aljur and Kylie in Japan

The following week, Aljur told PEP.ph in an exclusive interview that they have indeed rekindled their relationship in September 2016.

In January 2017, reports abound that Kylie was pregnant. She was then at the peak of her stardom as one of the lead characters in the top-rating drama fantasy series Encantadia.

On January 23 that year, sources confirmed to PEP.ph that Kylie was pregnant.

The next day, January 24, Kylie’s talent management agency announced that the actress was already engaged to marry Aljur.

PEP.ph was able to score another exclusive interview with the couple where Aljur clarified that he had been engaged to Kylie even before the pregnancy rumor came about.

The actor revealed that he proposed to Kylie thrice and that the first time happened in Japan in October 2016.

At the time of the interview, Kylie was three months pregnant with Aljur’s child.

She gave birth on August 4, 2017 to their firstborn, a boy they named Alas Joaquin Padilla Abrenica.

On December 11, 2018, Kylie and Aljur got married in an intimate Christian wedding ceremony at Villa Milagros ancestral house in Rodriguez, Rizal. 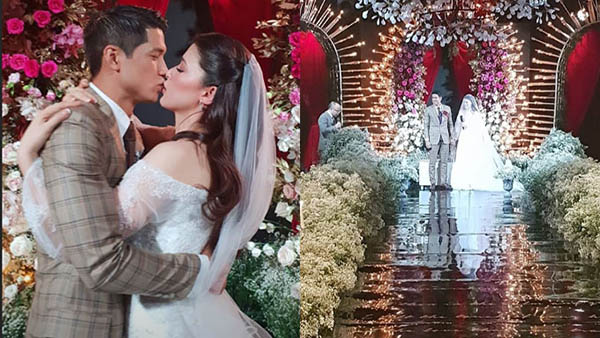 Aljur and Kylie on their wedding day 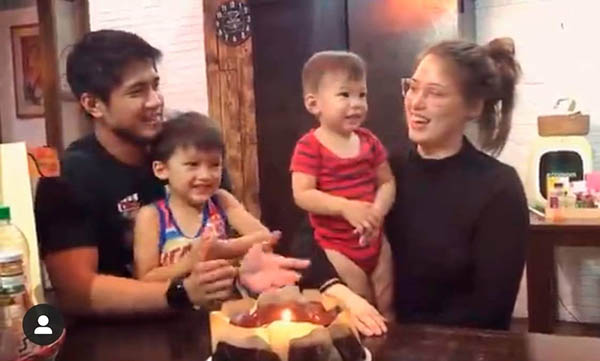 Aljur and Kylie with sons Alas and Axl

STARTING BUSINESSES DURING THE PANDEMIC

In March 2020, just days after Luzon was placed under enhanced community quarantine, Kylie launched her own skin care and bath essential products and statement shirts.

She uses her various social media platforms to promote her businesses.