Who is Christine Samson? 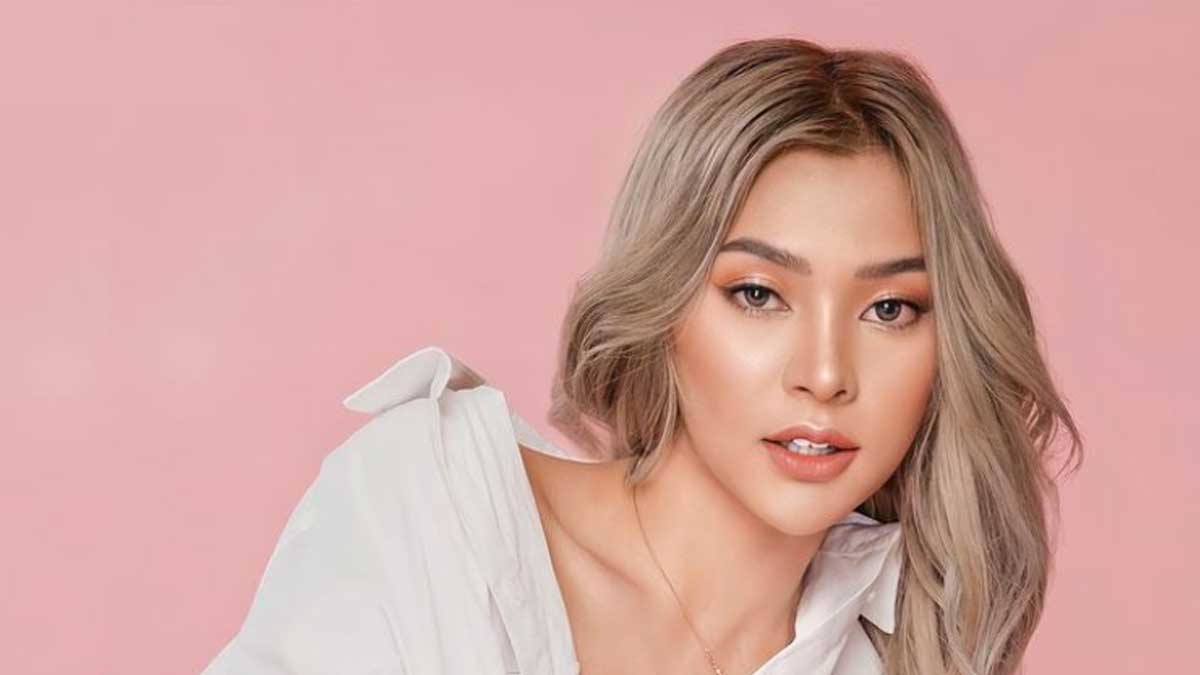 Starting out in the gaming industry, Christine ventures into TV entertainment and, of late, Tiktok. Here are some facts about Christine Samson.
PHOTO/S: @christinesamson on Instagram

Christine Samson is a model and commercial actress who rose to fame after landing a role on ABS-CBN’s It's Showtime as "Genia-nga."

A fast-rising female celebrity in the e-gaming world, Christine is managed by Tier One Entertainment, an e-sports talent agency founded by cosplayer and influencer Alodia Gosiengfiao, along with e-sports veteran Tryke Gutierrez and entrepreneur Brian Lim.

Her bio on the website of Tier One Entertainment reads, "Growing up with many brothers, she always considered herself as ‘one of the boys’ and grew attached to video games as a result. Her online career started on the podcast channel AMPLFY Live, where she hosted various shows. Meanwhile, she also gained popularity as a streamer of Call of Duty: Mobile."

Christine is also taking TikTok by storm. She has 3.1 million followers on the platform, and her dance videos have garnered a total of 30.8 million likes.

Christine Samson graduated from Bulacan State University with a degree in Broadcasting.

She balanced her regular school load with working on endorsements and appearing in commercials for a snack product and a telecom company, to name a few.

In July 2019, she gave her followers on Twitter a peek into her busy schedule:

Even before she graduated, the native Bulaceña was already working student.

In one of her guestings in ABS-CBN's talk show Magandang Buhay, it was revealed how Christine would travel back and forth from Bulacan to Metro Manila just to fulfill her work responsibilities.

Her Career as a Video Game Streamer and E-sports host

Getting into the e-gaming industry was not part of Christine's plan.

Barely a couple of years into e-gaming, she was just supposed to accompany her best friend, Nami Onuma, to the audition for talents held by Tier One Entertainment.

As she told through Esquire in an interview, "I just tagged along with my best friend Nami and I wasn’t even auditioning. But then they asked me to audition and they got me after.”

Under Tier One Entertainment, she co-hosts its streaming program, AMPLFY, and does video game streaming as well. Christine plays hit games such as Call of Duty: Mobile and Mobile Legends.

Christine fondly refers to Alodia as "ate" and Wil Dasovich as "kuya."

In her Magandang Buhay interview, Christine revealed how her friendship with the two famous influencers began.

Alodia was present as a surprise guest in the said interview.

When asked how Christine is as a person, Alodia genuinely replied, "Even before everything, sobrang ang bait niya. Up to now, as in parang walang nagbago... sobrang bilis niyang umangat, ganun pa din, kalog, very sweet, very humble so... I really love her so congratulations!"

As a co-worker, Alodia stated that Christine is "very, very professional."

Having appeared in Alodia and Wil's vlogs several more times, Christine considers them as her mentors and "parents" in the industry.

Christine rose to fame when she joined ABS-CBN's It's Showtime, taking the role of a genie in a banga named "Genie-nga."

She appeared in the show's new segment, "Piling Lucky," which started in January 2020.

In this segment, she held the "charot cards," which contained who among the contestants will be eliminated.

Aside from her beauty, her wit as she bantered with Vice Ganda and the rest of the segment's hosts made her charming and hilarious to the viewers.

The segment eventually ended when the pandemic lockdown happened and the show had to stop filming.

Inspired by her mentors Alodia and Wil, Christine also ventured into vlogging and started her own YouTube channel in October 2013.

Her very first vlog featured her workout routine, which has generated a whopping 1.7 million views.

Barely a month after its launch and with only one video, her channel reached 100k subscribers, as reported by Candymag.

To date, it has more than 450k subscribers.

On May 7, 2020, Alodia and Wil released a vlog titled "The Untold Christine Samson Story," which could be viewed on Wil's YouTube channel.

In the video, the couple was talking to Christine via a video call, reminiscing old memories, such as the couple's surprise visit to Christine's condo, their old unreleased vlogs, and their Boracay trip, which happened to be Christine's very first plane ride.

The couple also talked about the entertainment industry, and how important gratitude is, "because without gratitude, success is meaningless," according to Wil.

With the recent news of Alodia and Wil's breakup, Christine's name was dragged into the issue as the alleged third party. She has referred to the controversy as "lies."

Currently, Christine is still under Tier One Entertainment.