Rob Gomez: Bent on making a name for himself 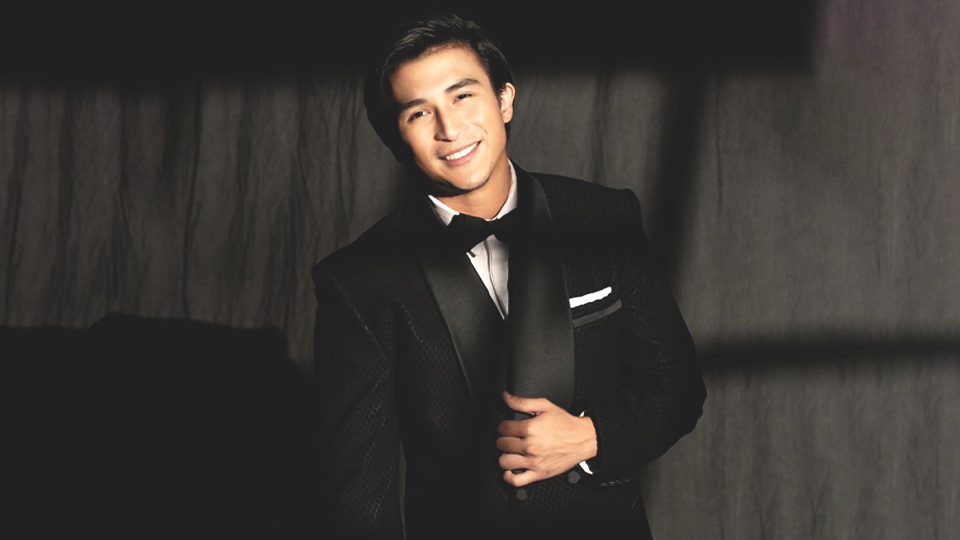 Take note. girls! Rob Gomez, who is very much into sports, says an ice-skating date with a girl is a win.
PHOTO/S: @robgomez.23 on Instagram

Anyone aspiring to penetrate the local showbiz industry either must have a talent or join a reality TV show.

Or one must come from a clan of famous celebrities.

Up-and-coming young actor Rob Gomez is a progeny of the famous Ejercito-Estrada family of actors.

However, he has chosen to drop his family name, preferring to use a screen name.

For one he is very much into sports, specifically football and ice hockey.

For him, an ice-skating date with a girl is a win. 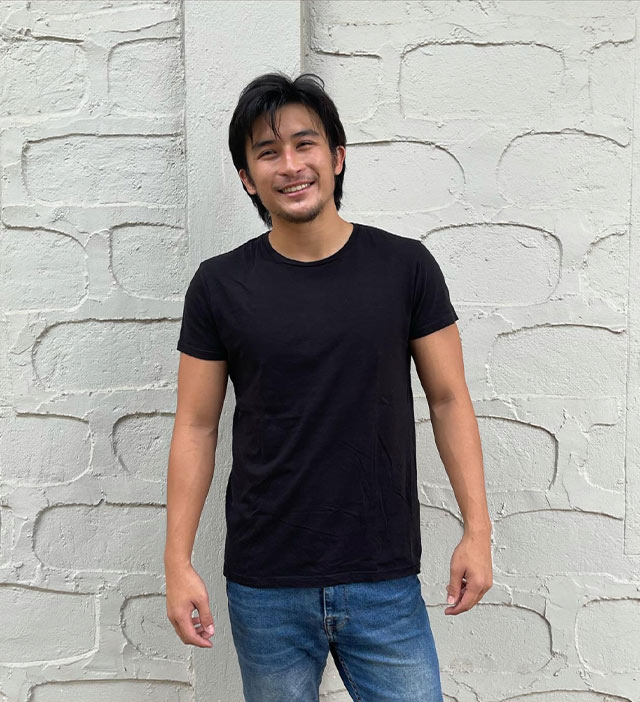 Born on March 23, 1997, Rob grew up in San Antonio in the province of Quezon, and is currently residing in Parañaque.

He is the son of the former actress Kate Gomez (left photo, R) sister of Gary Estrada (right photo, 2nd from R), and a grandson of the late veteran actor George Estregan. 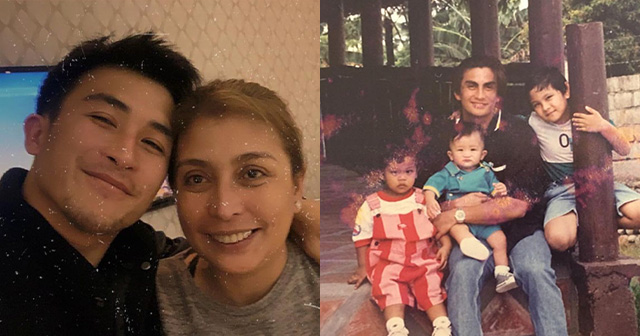 Rob admitted it will be difficult to duplicate the achievements of his grandfather and uncle in the field of acting.

He said, “I think I will not and I cannot live up to their names, lalo na him [George]. He’s a very, very great actor.

George Estregan passed away in 1988 after a battle with bone cancer. 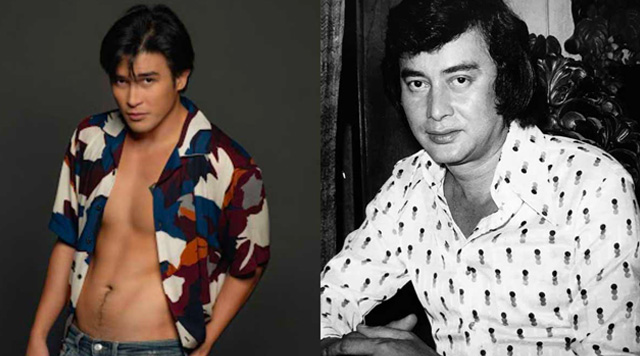 Rob shared he has always thought of becoming an actor since he was 18, however, his parents wanted him to focus on his studies first.

He is currently taking up Export Management at the De La Salle - College of St. Benilde, at the same time, he is out to prove his acting mettle now that he is also in showbiz.

Rob has opted to use Gomez as a homage to his mother.

He said, “I love my family. I respect them for everything they’ve done for our family.

“It would be more striking if I use Estrada, pero meron na po tayong Joseph at Gary Estrada, at may Kiko Estrada pa na napakagaling na aktor.

"Kaso nga lang po, na-realize namin na my mom’s a great actress, too, and I would love to start my own journey."

Moreover, he stressed, “I wouldn’t wanna live in the shadow of anyone.

"I would work every single minute for everything I would get, every role, every opportunity, and my mom’s a big inspiration for me too, so Gomez it is."

In an interview with Philippine Entertainment Portal (PEP.ph), Rob shared valuable pieces of advice from his mom and Uncle Gary.

He recalled, "Best advice they gave me both was to stay humble and always be respectful.

"People behind the camera are the people that make you shine because when you keep your head on the ground, you never know how for you could go.

"Reach the stars they said. Strive for greatness. Earn respect, be polite, and never be tardy." 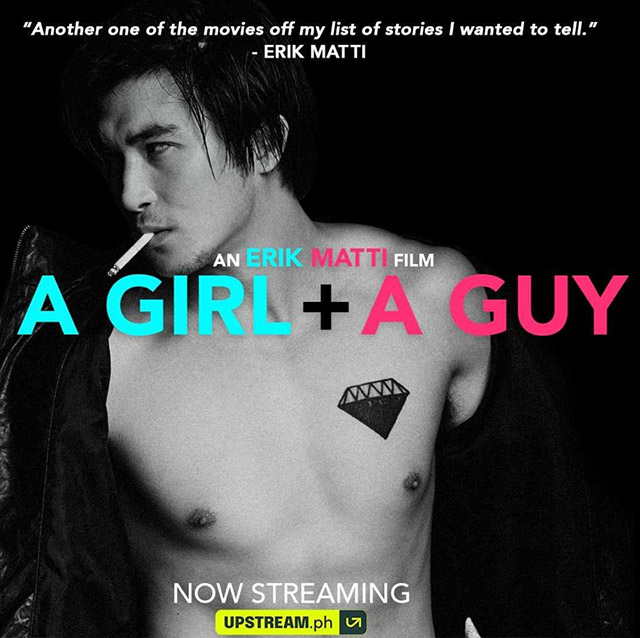 But Rob made his showbiz debut years before in the late German Moreno's defunct show Walang Tulugan with The Master Showman.

He was a co-host, singer, and dancer, together with Ken Chan, Derrick Monasterio, and Jak Roberto.

That was in 2013, and Rob was then known as Robert Estrada.

His lucky break in showbiz would come much later when he was invited to meet up with Direk Erik Matti.

The movie A Girl and a Guy shows frontal nudity, but Rob, who appears in many sex scenes, only has a little butt exposure.

Describing his role, he said, "I play the role of Raf, a chill, misunderstood, happy-go-lucky, comfortable in his space, sort of a lost kid.

"He is trying to figure out what he really wants in life that can make him truly happy."

"I wanted to prove and improve in every aspect I can. Listening to all the tips and guides from everyone who wanted to help me become the actor that I can be."

About doing his sex scenes, he said, "I want to be as professional, as great, as anyone that is working.

"And I understand what’s work. I’ve been there. I grinded myself. May halong hiya, pero magmamatapang ka nalang." 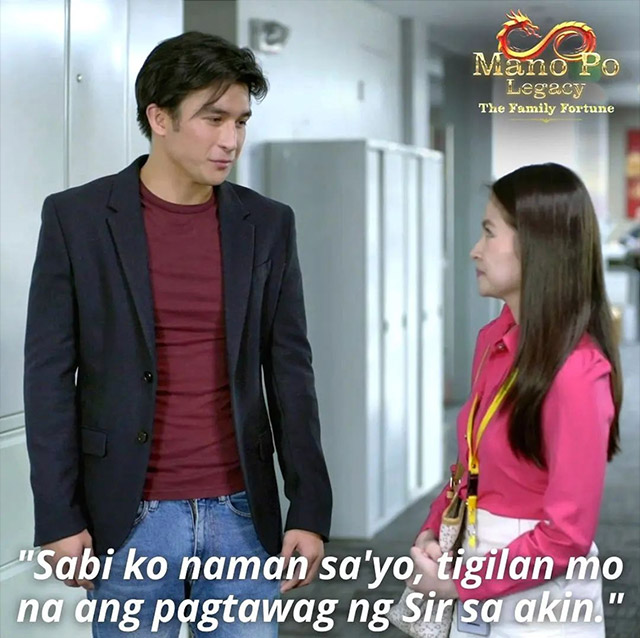 During his PEP.ph Cabinet Files interview, Rob sounded very much at home in the company of big-name stars in the show.

He exclaimed, "Masaya po ang taping! I am learning so much from everyone.

"The feeling is very warm when I step inside the set. I’m having a fun experience and meeting great people in the industry.

"From the cast to the crew. I love them all.”

You can watch Mano Po Legacy: The Family Fortune and catch Rob during weekdays, 9:35 p.m, at GMA-7.