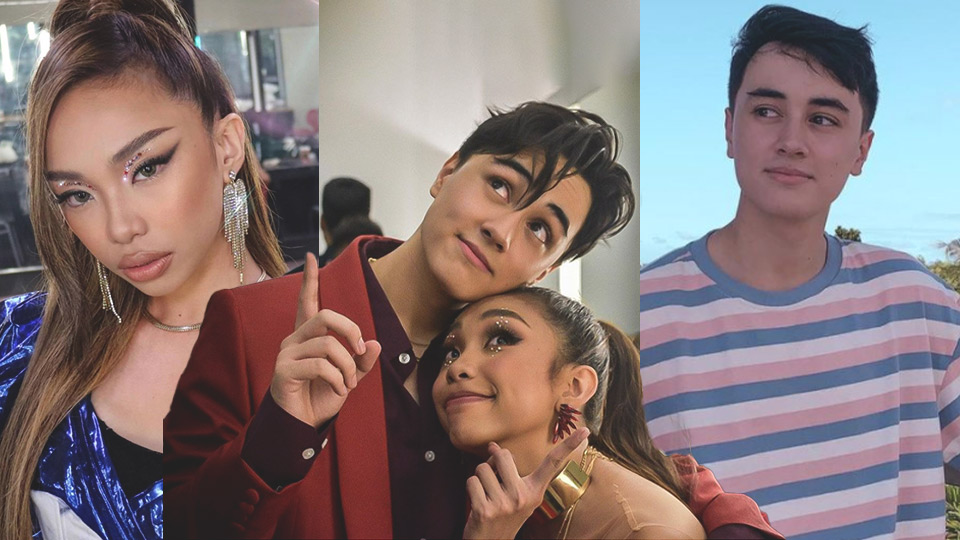 Don't you miss the love team of Maymay Entrata and Edward Barber? Let us look back on the journey of MayWard since joining Pinoy Big Brother house in 2017
PHOTO/S: @maymay, @edward_barber on Instagram

Which kilig moment of MayWard, the love team of Maymay Entrata and Edward Barber, do you miss the most?

Both came from ABS-CBN's reality show Pinoy Big Brother: Lucky 7 (PBB) in 2017. Maymay was declared the season's Big Winner, while Edward was the fourth placer.

Maymay and Edward grew close in PBB because of their similar personalities, and they even nicknamed each other "Twinnie". The MayWard love team was already born unknownst to Maymay and Edward, until a weekly task had the housemates do a dance performance and they saw pictures of the love team.

Let’s look back at the sweet, cute, and crazy moments of MayWard.

When MayWard said they have M.U. 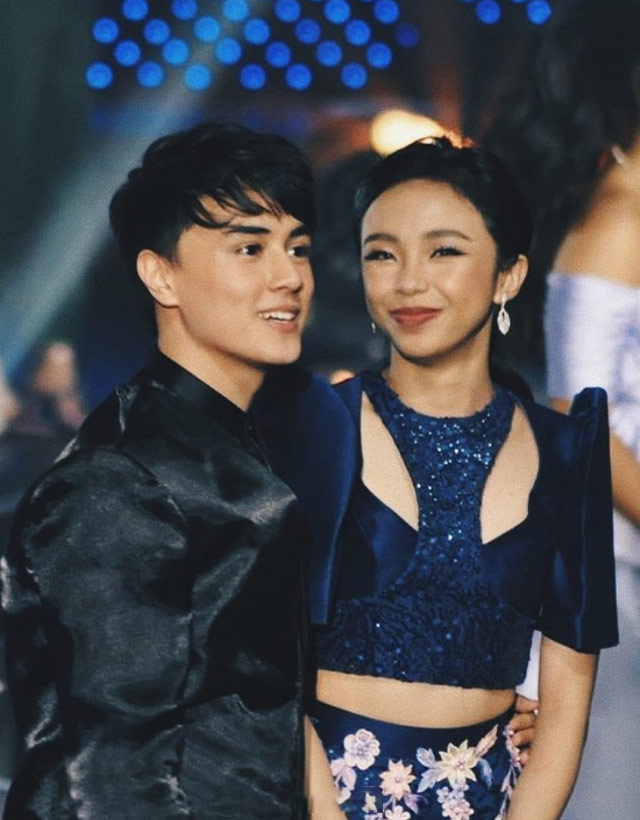 On September 15, 2019, during a guest appearance in Gandang Gabi Vice, Edward confirmed he was courting Maymay.

For her part, Maymay admitted in Tonight With Boy Abunda that she cannot live life without Dodong, her nickname for Edward. The episode aired on September 17, 2019, just days after their courting phase was made public.

Similarly, Edward said he would get jealous if he sees Maymay with another guy.

“May term. Ano yun? M.U. [mutual understanding], so parang ganoon po. The only time na yung selos level ko na would go through the roof if I see her with another guy.”

When they were constant partners in the annual ABS CBN Ball 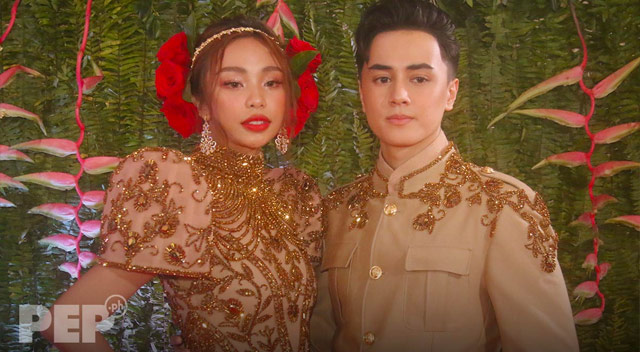 From 2017 to 2019, MayMay and Edward were constant partners for the annual ABS-CBN Ball.

In a September 2017 episode of the morning talk show Magandang Buhay, Edward got down on one knee and asked Maymay to be his date at the 2017 Star Magic Ball. He gave Maymay a bracelet charm made by his dad in Dubai.

The following year, Edward's post on Instagram showed Maymay getting in a car and being surprised with balloons, flowers, streamers, and an upside-down sign that read, "Libre ka ba to be my date sa ABS-CBN Ball?"

In 2019, a video in Maymay's vlog showed Edward going down on one knee again, but this time at a park in Japan.

For the ABS-CBN Ball on September 14, 2019, MayWard showcased their matching outfits made by Furne One, a Dubai-based Filipino designer.

When they joined each other’s travel with family 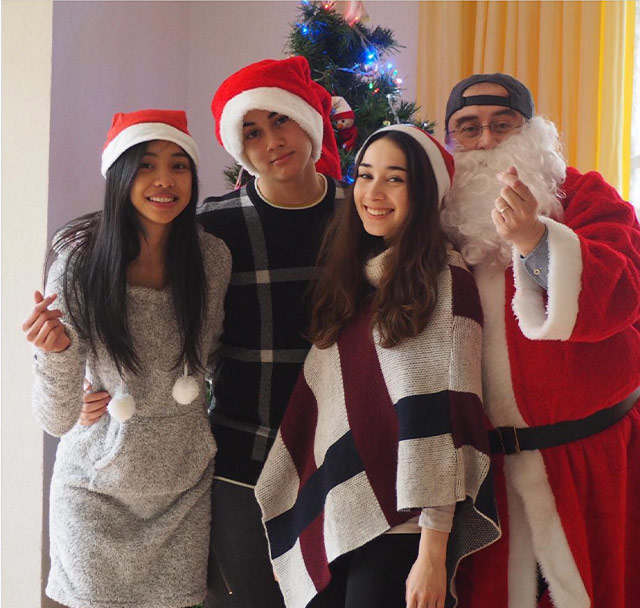 On December 21, 2017, Maymay and Edward flew to Germany for a photo shoot. Edward's family lives in Germany and Maymay decided to extend her stay and spend the holidays with them. 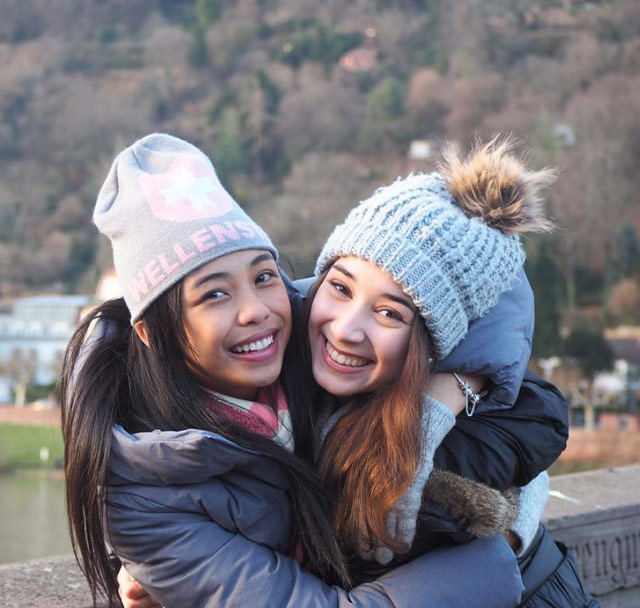 On December 25, Edward put out a photo with Maymay. His caption read, "I don’t want much for Christmas. Just the person reading this to be healthy, happy, and loved. Merry Christmas from Germany."

The actress also made sure to document her visit to Germany over the holidays.

For his part, Edward joined Maymay's family when they went to Japan.

in November 2018.while Laura flew with Edward to Dubai to support Maymay in her mode the Arab Fashion Week. 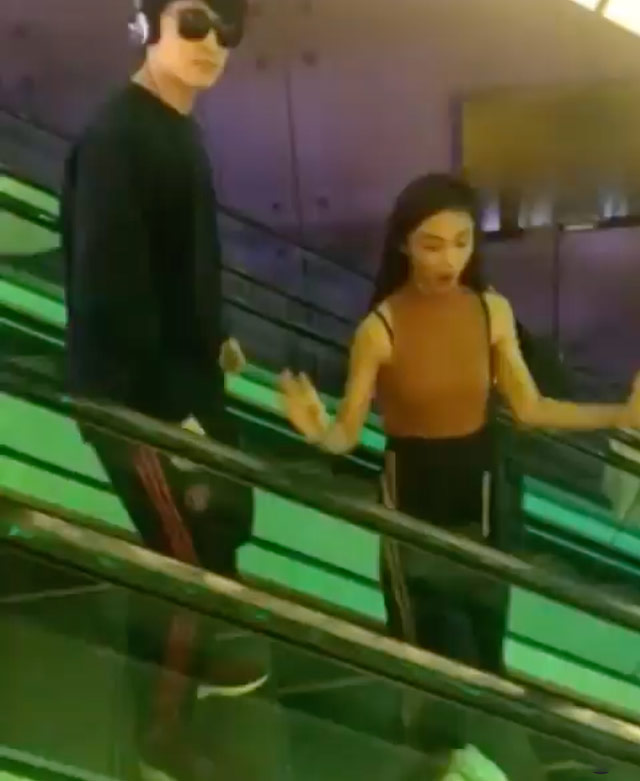 Maymay and Edward do not need a script to create a kilig moment.

This 2016 video shows Edward playing a prank on a sleeping Maymay. 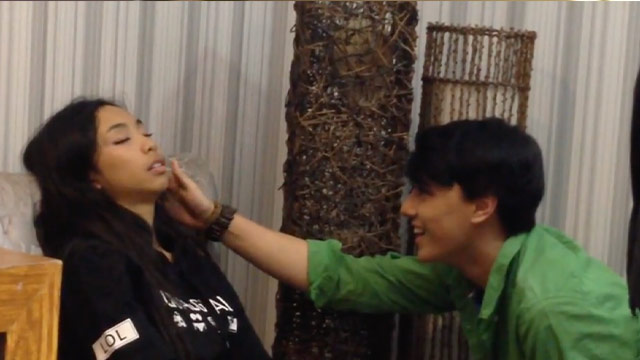 Edward and Maymay also joined the #InMyFeelings dance challenge while riding a moving escalator in Singapore.

MayWard has a Kapamilya Confessions YouTube episode where they were asked to draw random words that they will use to make sweet messages to each other.

Edward's first word was “mukha.” He then said, “you have the best and most beautiful mukha.”

His last word was "makati." He explained, “We’ve done a lot. We’re going to go to a lot of places. All over the world, from Asia to the U.S. to Spain to Bali, all the way to Makati."

This was followed by the word “masarap,” and Maymay revealed that Edward was a good cook as she said, “Masarap kang gumawa ng breakfast."

When they remained honest about being friends 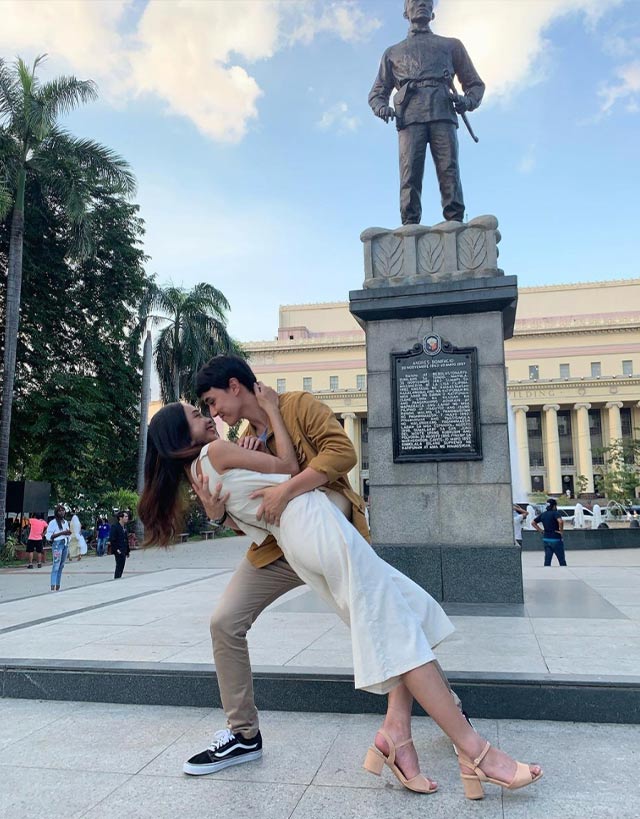 On April 5, 2020, MayWard used their Instagram accounts to post a joint statement about being friends. Some fans were disappointed, but their honesty just showed how deep their relationship is, albeit platonic. 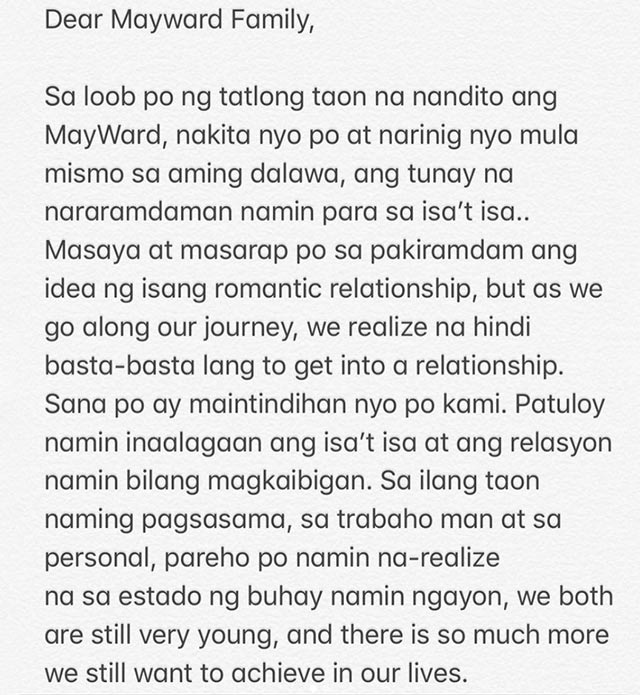 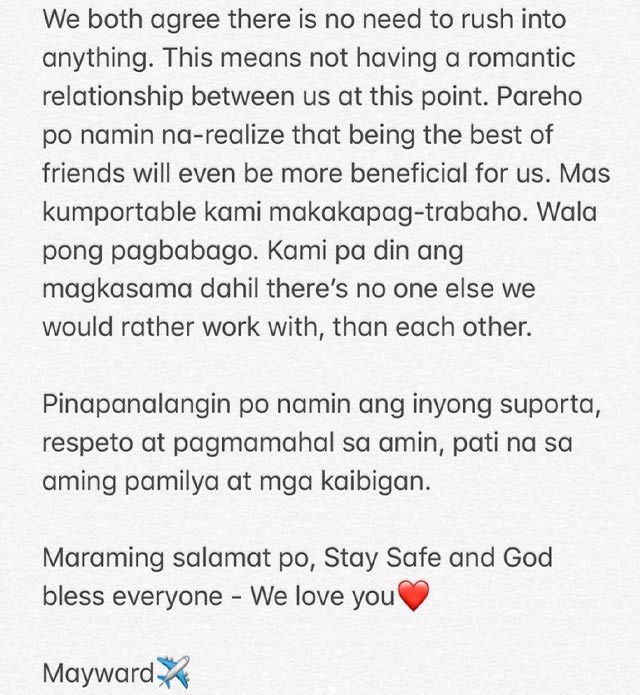 "Sa ilang taon naming pagsasama, sa trabaho man at sa personal, pareho po namin na-realize na sa estado ng buhay namin ngayon, we both are still very young, and there is so much more we still want to achieve in our lives.

"We both agree there is no need to rush into anything. This means not having a romantic relationship between us at this point. Pareho po namin na-realize that being the best of friends will even be more beneficial for us. Mas komportable kami makakapag-trabaho. Wala pong pagbabago. Kami pa din ang magkasama dahil there's no one else we would rather work with, than each other.

To MayWard, thank you for all the years of laughter and kilig!