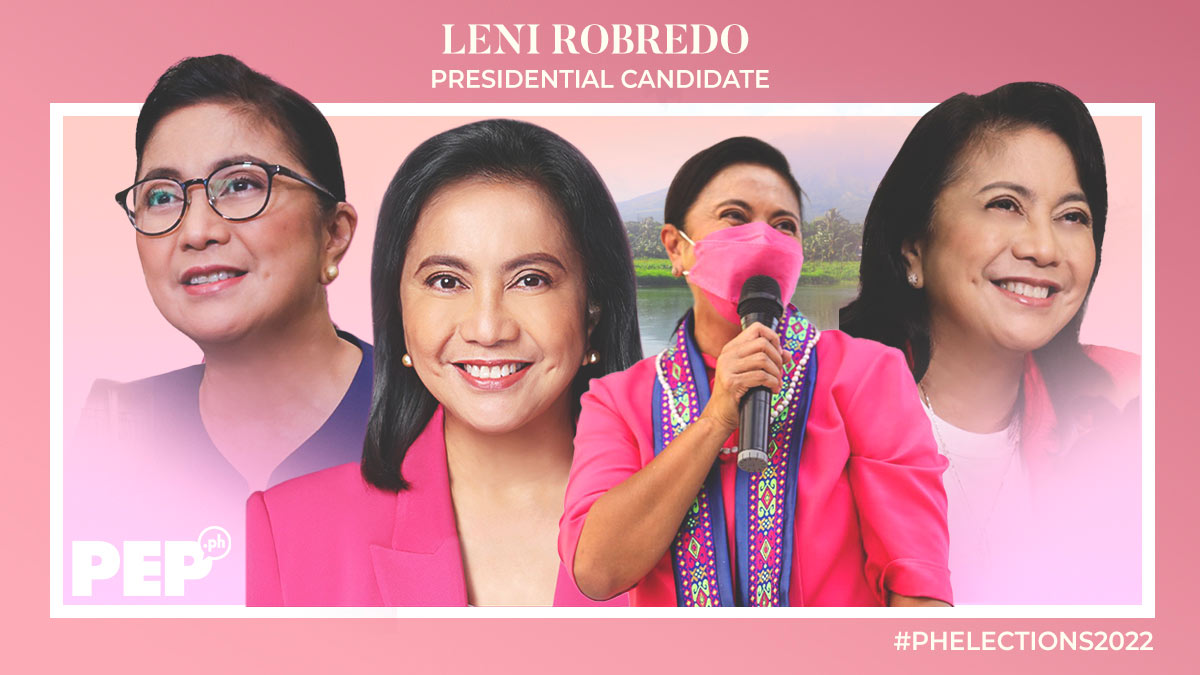 Vice President Leni Robredo starts as a political underdog in her journey in public governance. But she is determined to beat the odds and replicate her 2016 victory as she taps into the "power of volunteerism" from supporters helping her win the 2022 elections.
PHOTO/S: Leni Robredo Facebook
ILLUSTRATION: Igi Talao

When Leni Robredo began her campaign in 2016, she was greeted by skepticism about her chances of winning in the vice presidential election.

She was only three years into her term as congresswoman when she ran against the more seasoned politicians — Bongbong Marcos, Alan Peter Cayetano, and Francis “Chiz” Escudero — who all had more clout.

Fast forward to 2022, and it can be said that her victory in 2016 was fortunate, and well-deserved.

Robredo has turned the Office of the Vice President (OVP) from an inconsequential government agency, the office of the spare tire, into a model for transparency and good public service.

She has also disproved persistent allegations of electoral fraud to win the vice presidency.

The accuser? Bongbong Marcos, who is now her strongest opponent in the 2022 presidential elections.

Her father, Antonio Gerona, was a Regional Trial Court judge, so it was not a surprise that she also pursued to become a lawyer.

For her pre-law, Robredo obtained a Bachelor of Arts degree in Economics at the University of the Philippines Diliman in 1986.

She enrolled at the University of Nueva Caceres for her law degree.

It was in one of these community sorties that she met Jesse Robredo, whom she married in 1987.

Immediately after graduating with a law degree in 1992, she decided to take the bar exam. Without any preparation, she failed on her first try to pass the bar.

Robredo related in a speech in 2016, "I studied to be a lawyer while I was raising my little girls.

"I shuttled between Manila and Naga City, while reviewing for the bar. It was a very difficult time. I was juggling my responsibilities as a mother, a teacher, and a student."

Her husband Jesse was already the mayor of Naga City at the time.

After the debacle of her bar exam, she put aside her dreams of becoming a lawyer to take care of her growing family, and continue her outreach work.

In 1997, she took the bar the second time, and finally became a lawyer.

After a brief stint working in the Public Attorney’s Office, Robredo became a coordinator for SALIGAN, a legal support group that provides legal services to those who do not have access to it.

Tragedy had thrust Robredo into the national consciousness.

An honest and competent leader, Jesse was 54, and his passing was considered a great loss to the country.

Robredo was devastated. Still in the throes of mourning her husband's death, she faced alone the monumental tasks of finishing Jesse's outreach projects and raising their three daughters — Aika, Tricia, and Jillian.

She had to make a choice: would she continue her husband’s legacy, or quietly disappear from the spotlight and live a quiet life with her children?

Robredo decided to honor her husband’s memory by being a public servant.

In October 2012, she filed her certificate of candidacy (COC) to be the representative of the third district of Camarines Sur.

She said in an interview after filing her COC, "Until now I don’t know if I made the right decision. But I do this in honor of my husband."

During her time in Congress, she authored several bills aiming to fight corruption and help provide approprate services to the underserved.

Among them were the Full Disclosure Policy Bill, Open Door Policy Act, the People Empowerment Bill, the Participatory Budget Process Bill, and the Comprehensive Anti-Discrimination Bill.

On October 5, 2015, Robredo announced she would run for vice president, in tandem with Liberal Party presidential candidate Mar Roxas.

It was a daunting career decision.

First, she was a political neophyte running against more experienced opponents.

Second, the Liberal Party was imploding, caused by several issues that hounded the term of then outgoing President Noynoy Aquino, her party-mate.

The pre-election surveys at the time were also not in her favor.

The SWS survey for January 2016 showed her in far third behind Escudero and Marcos.

The increase was attributed to Robredo’s impressive showing at the televised election debates, where she appeared prepared with quotable taglines like "The last man standing is a woman," which is still being quoted today.

During the debates, her closest opponent Marcos was pummeled by the other candidates.

In one instance, Cayetano attacked Marcos on corruption issues, which Robredo had also alluded.

Robredo won the elections, edging Marcos by a narrow margin of about 260,000 votes.

Due to the narrow margin of votes and the surprise come-from-behind victory, electoral fraud allegations hounded most of Robredo’s term as vice president.

Marcos filed an electoral protest that lasted for five years and reached the Supreme Court, which junked the protest on April 2021 for lack of merit.

Said the Supreme Court decision, "Protestant failed to make out his case. There is no substantial recovery of votes in the pilot provinces that he himself had designated."

Robredo’s time as vice president wasn’t easy. For one, she’s at odds with the President, Rodrigo Duterte, because she’s from the opposition.

Secondly, the supporters of the losing candidate Marcos refused to accept her win.

She wasn’t given a cabinet position, and the budget allocation for her office has been meager. She was also the victim of fake news.

Findings by Tsek.ph, an academe-based fact-checking initiative, stated that Robredo has been the biggest victim of disinformation.

Marcos, meanwhile, was the biggest benefactor.

Despite the challenges, Robredo has turned the Office of the Vice President into a multi-awarded institution well recognized for its transparency and good management.

Among the awards: PRIME-HRM Level II Accreditation for Meritocracy and Excellence in Human Resource Management from the Civil Service Commission, several ISO certifications, and a citation for Government Best Practices for COVID-19 Response from the Development Academy of the Philippines.

The Office of the Vice President has also spearheaded several remarkable projects during the pandemic, such as the Swab Cab, the Bayanihan E-Konsulta, and the free lodging and transportation for healthcare workers.

Robredo filed her Certificate of Candidacy for president on October 7, 2021.

She seemed hesitant at first, taking into consideration the suggestion that another candidate might be better qualified to unite the opposition and insure the defeat of Bongbong Marcos at the 2022 presidential poll.

Nothing came out of the unity talks, with Robredo deciding once and for all to run as an independent candidate and to fulfill her promise to her supporters on the day she filed her COC.

It must be noted that Robredo does not have the machinery to run an effective national campaign. She has to rely on volunteers.

The surveys in January and February 2022 showed Marcos surging ahead of Robredo.

Meanwhile, her volunteers have showed up in full force to mount mammoth political rallies, like the Pasig Laban rally on March 20 that was attended by 137,000 Kakampinks, the name of her supporters.

Additionally, the rally in Pampanga on March 20 netted 220,000 attendees.

But the biggest crowd, to date, showed up during the April 23 rally in Pasay City. According to the organizers, 400,000 people attended the rally that coincided with Robredo's 57th birthday.

Robredo has also gathered a determined set of supporters, from celebrities to gargantuan figures in politics.

Many musical artists have also volunteered their talents for the rallies.

And in the past months, Robredo has gained the support of several influential politicians like former House Speaker Pantaleon Alvarez of Davao del Norte.

In March survey, the needle moved, showing the numbers have risen significantly to 9% favoring Robredo.

With only less than one week before the elections, will Robredo be able to gather the needed support to win the elections?